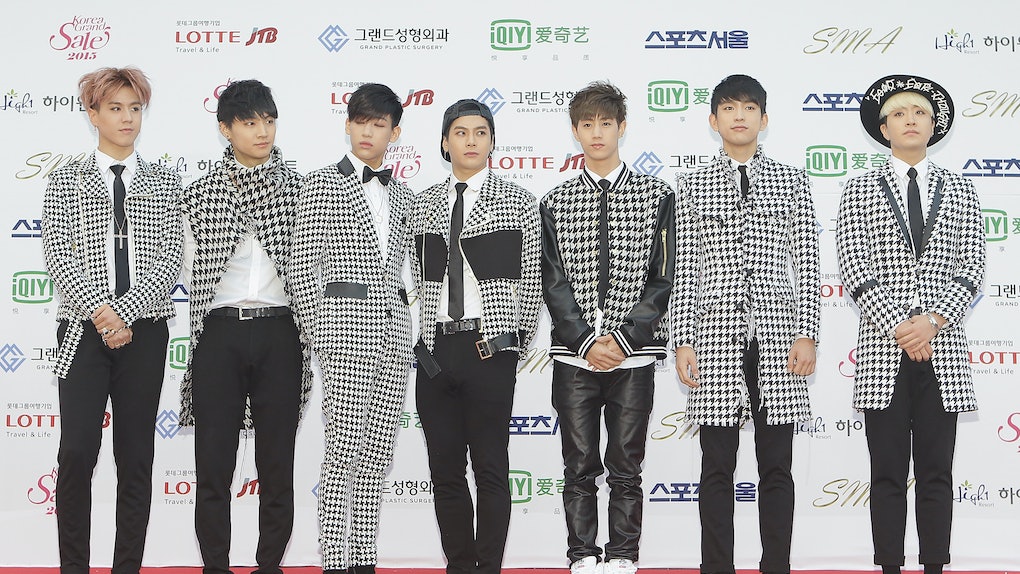 What Do GOT7's "End" Lyrics Mean? It's A Breakup Song That Will Truly Break Your Heart

GOT7’s new album, Spinning Top, is making some huge waves among Aghases. And one song, in particular, is giving fans a lot to swoon over. GOT7’s “End” is a song all about love and loss, which just makes fans want to know as much about it as possible. IMO, most of the lyrics from this album read like a swoon-worthy diary entry, and "End" is a perfect example. So, what do GOT7's "End" lyrics mean? Luckily, I’ve got the scoop for you.

Probably will regret this moment

Through you, I found my universe

But I will soon lose it at the end

Yesterday, you and I were together, I really miss it

I'm walking the trails of our memories

I'm wanting the tomorrow where we should've been together

I try thinking about how you said let's be together forever

But we are heading our way to the end

My love, now you aren't there

To think that you aren't at the end of my life

Why is my blossom of laughter blown away

Cold wind comes and blows it away

You go away, go away beautifully

To a warm place where I'm not there

I realized that it was love after I lost you

To get the spilled memories back

The memories [have] already dispersed

I wanna love you over and over again

You're gonna hate me over and over again

Is it too late to turn it back?

After realizing only emptiness is left

It's just one out of the millions of stars

That it was a galaxy holding trillions of stars

That, without you, I can't go anywhere

That it was me who pushed myself, who was standing on a ledge

Now I know that it's the end for us

My love, now you aren't there

To think that you aren't at the end of my life

Even if our world ends

Still remains in this song

Even if you can't see, blinded by love

We will be able to smile, right?

It's the end for us now

It's the end for us now

You can listen to the whole song below!

Needless to say, there’s a lot of interesting stuff going on here. And fans will have the chance to explore this song and so many others when GOT7 goes on tour next month.

GOT7’s Keep Spinning world tour kicks off on June 15 and will take the group to a slew of cities across North America. According to Billboard, GOT7 will also be touring South America, Europe, and Australia in the later part of the year.

So, fans have a lot of opportunities to see the group live and enjoy their new songs from Spinning Top, thank goodness!

More like this
Demi Lovato & Ariana Grande's "Met Him Last Night" Lyrics Focus On Toxic Love
By Brandy Robidoux
What Do BTS' "Film Out" Lyrics Mean In English? They're About A Past Relationship
By Michele Mendez
Taylor Swift's 'Fearless (Taylor's Version)' Lyric Changes Are Small, But Meaningful
By Michele Mendez
Stay up to date