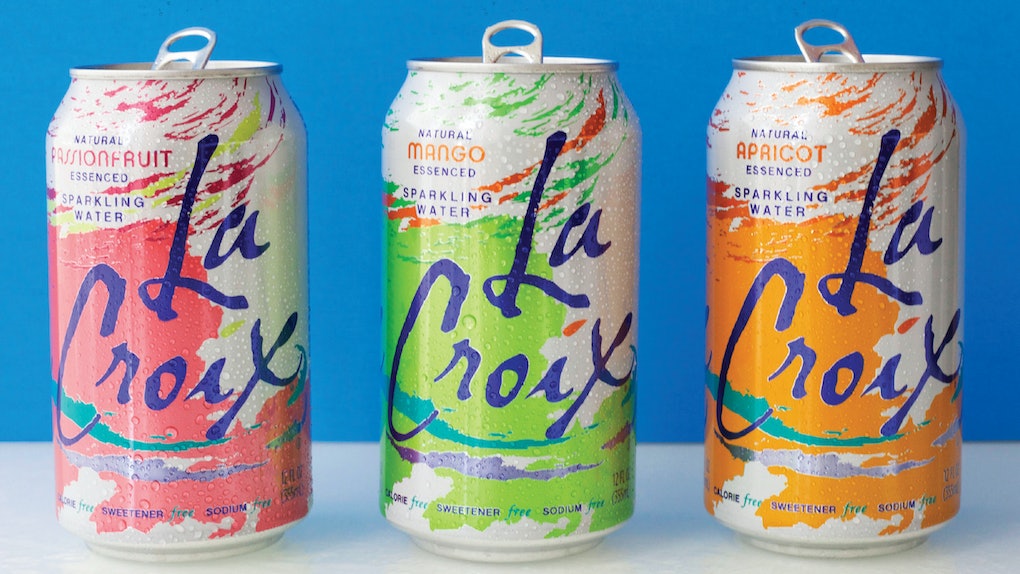 What Cocktails Can You Make With LaCroix? An LA Restaurant Has Ideas

Food trends come and go, but the LaCroix trend kind of seems like it's here to stay. The popular sparkling water comes in about three million obscure flavors, and if you enjoy drinking them, there's a likely chance you enjoy telling people that you enjoy drinking them (I get it, they're fancy and lovely looking, and all). But a restaurant in Los Angeles just created an entire cocktail menu consisting of LaCroix concoctions, and after you're done celebrating, you'll probably be wondering what cocktails you can make with LaCroix. Surprisingly, the possibilities are actually kind of endless.

If you've already booked your flight to Los Angeles in anticipation of this super ground-breaking carte des boissons, the W Los Angeles in Beverley Hills is where you're looking to go, per Cosmopolitan. The LaCroix cocktails, however, are not available in all of the hotel's restaurants. For those specific drinks, make your way to their outdoor restaurant, which is called The Hideout by STK Los Angeles. If it's particularly busy out there, you can also find alcoholic LaCroix beverages at their WET pool deck. Definitely don't forget to have your camera charged and ready, because these three dranks might be the most 'gram-worthy cocktails known to man.

Per Cosmopolitan, the LaCroix menu uses three of the most highly regarded La Croix flavors, and each cocktail is a hefty $14 (but I get it, if you're into La Croix, just go for it). The first of the three drinks is called The French Kiss, and even though I'm not a major whiskey fan, it actually sounds pretty good. The drink includes LaCroix Berry, Hennessy V.S., Montenegro, and lemon. If you think about it, The French Kiss kind of sounds like a fruitier and sweeter twist on a Whiskey Buck... if you're a fan of those.

The second drink, which I'm kind of guessing is a fan favorite, is called The Berry Wild. Per Cosmopolitan, the description hints at a predominant taste of berries and citrus, and that's 100 percent my speed. The base of Berry Wild consists of LaCroix Pamplemousse, (which, don't panic, is just French for "grapefruit"). It's mixed with Belvedere Wild Berry, Benedictine, (which, per Liquor.com, is an herbal citrus liqueur), and also lemon. Not gonna lie, it sounds pretty refreshing, and after a likely day in the Los Angeles heat, there is, in fact, a chance I'd drop $14 for one of those babies.

The third LaCroix cocktail seems reminiscent of a piña colada with a minty twist, which is why it would obviously be my pick of poison. Known as the Coco-jito, this beach-themed cocktail could probably transport literally the most unimaginative curmudgeon to an island far, far away. Like, it honestly sounds heavenly. According to Cosmopolitan, the base of the beverage is LaCroix Coconut (which actually sounds pretty phenomenal on its own), and it's mixed with some Don Julio Blanco (because I would take tequila over rum any day of the week), in addition to lime juice, and a sprinkle of mint. I'm so down with this. Hate to say it, but I think I'm officially aboard the LaCroix train.

I don't know what exactly you were planning on doing this weekend, but I'm pretty sure I know now. Looks like we're all headed to the West Coast, because W Los Angeles' LaCroix cocktails sound like the slurp of fancy freshness that I've been seeking out for my entire life. If I don't get my hands on a Coco-jito, I might honestly explode... or now that I know the ingredients, I might save just myself some trouble and make one myself, TBH.