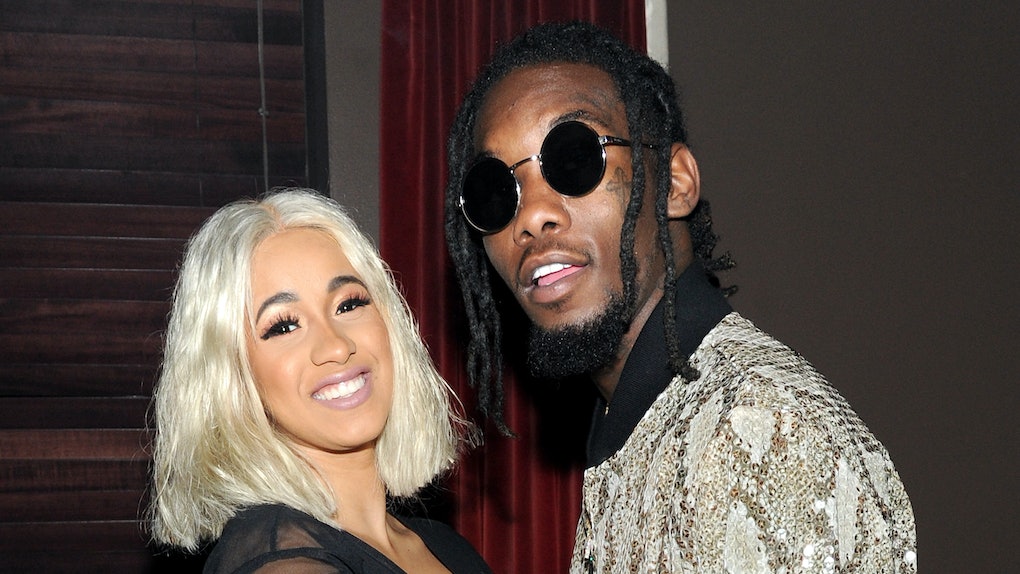 Cardi B is opening up about what she misses most about her relationship with Offset, and it's probably not what you were expecting. In a recent Instagram Live, Cardi talked about a variety of topics, including coffee, money, and sex. During the live chat, fans learned quite a lot about Cardi. Apparently, the rapper takes her coffee with lots of sugar several times a day. And she’s hoping to make $50 million in 2019. As for what Cardi B misses about Offset, well, that’s a whole different ball game.

Speaking of talking at length about coffee, I won't get too deep into it, but all that coffee talk somehow led to a really blunt deep dive into just how much Cardi misses being intimate with Offset. "I miss it... a lot," she said before delving into some pretty steamy details that I can’t repeat here. You’ll just have to watch the video for yourself if you want to know everything she said. Here’s a link to Cardi’s NSFW video. And if you don’t want to watch it, but are still curious about those details, all I can say is that you definitely wouldn’t repeat them in front of your grandma.

Cardi’s comments about missing Offset come just two weeks after she announced on Instagram that she and her husband of just over a year had split.

"I've been trying to work things out with my baby father for a hot minute now and we're really good friends and you know we're really good business partners," Cardi said in a now-deleted Instagram video. "He's always somebody that I run to to talk to and we got a lot of love for each other but things just haven't been working out between us for a long time and it's nobody's fault."

All in all, Cardi was really mature about the whole thing. She even chalked up her relationship woes to her and Offset growing “out of love” which is a totally plausible reason to split.

"I guess we grew out of love, but we're not together anymore," she said. "I don't know. It might take time to get a divorce and I'm gonna always have a lot of love for him because he is my daughter's father."

As nice and amicable as all that sounds, it turns out that Offset was allegedly "entertaining" another woman named Summer Bunni on the side. After that news hit the media, Offset went into damage control mode. Not long after Cardi announced their split, Offset pleaded for her to take him back in an emotional Instagram post.

"I only got one birthday wish and that’s to get my wife back, Cardi," Offset said. "We’re going through a lot of things right now, a lot of things in the media. I want to apologize to you, Cardi. You know, I embarrassed you. I made you look crazy."

That was just the start of his campaign to win her back. Offset also crashed Cardi’s performance at the Rolling Loud Festival in Los Angeles. But Cardi wasn’t having any of it and threw him out.

Needless to say, things are getting pretty wild for the former couple. Will they work it out? Who knows! But it seems like the whole situation is a lot more complicated than Cardi initially made it out to be. I guess fans will just have to wait and see how this marriage turns out.

More like this
Cardi B's Quote About Recording "Um Yea" With Offset Is Majorly Sexy
By Candice Jalili
The Kardashians' Messages For True's 3rd Birthday Are Full Of So Much Love
By Brandy Robidoux
Will Prince Harry Attend Prince Philip's Funeral? He's Reportedly Planning On It
By Cianna Garrison
Stay up to date