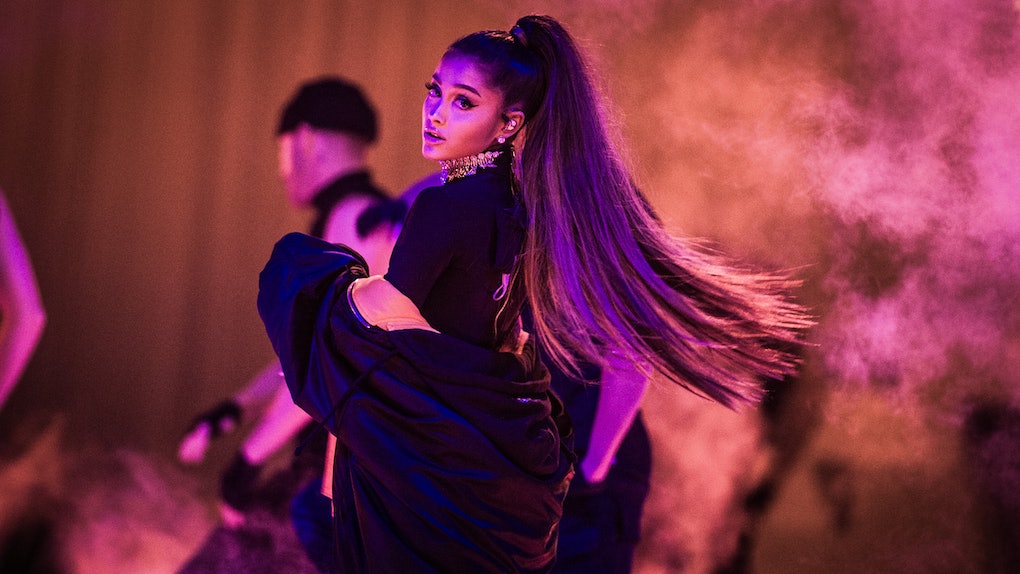 What Audios Are Trending On TikTok In November 2020? These Songs Are Having A Moment

While it would be nice if there was a magic formula for getting famous on social media, sadly, there's not. But there are a few things you can do that help. With TikTok taking off in a big way in 2020, it seems like everyone is wanting a piece of the clout some have seen. Paying attention to content trends and capitalizing on popular audio clips is one of the easiest ways to rack up views on the app. Sure, not everyone can be an overnight internet sensation, but these trending audios on TikTok in November 2020 are a good place to start.

There's no rhyme or reason as to how songs go viral on TikTok, but, sure enough, there's a new standout song each week on the app. Sometimes holidays can dictate trends, or when a major artist released a new song, that can help boost their presence on the app. Some songs get famous because of the app, while often times, it's the exact opposite. But, most importantly, the song has to have a shareable quality.

If you're looking to build your TikTok following this month, you might want to consider filming a video to one of the audios below.

Grande dropped her newest album Positions on Oct. 30, with the title track released as the first single. The song and video dropped one week earlier, with Ari imagining herself as the President of the United States in the clip. Arianators over on TikTok have blown up the song, making it one of the biggest trending audios on the app so far this month.

The lyrics all about "switching positions" made the perfect backdrop to transformation videos on the app.

2. "Where Is The Love" by the Black Eyed Peas

The intro for Black Eyed Peas' 2003 song somehow wound up being the ultimate TikTok audio for doing something you shouldn't be doing. Making a mess in the house? Leaving dirty dishes in the sink? If you want to film a video about your biggest faux pas, this is probably the song you should use.

City Girls' popular song "What We Doin'" is all about getting the party started, and TikTok fans have made it the ultimate getting ready anthem with nearly 100,000 videos being created. Seeing as the audio clip has multiple verses from both members of City Girls, you'll want to enlist your bestie for this one.

Sometimes, a throwback song has a comeback moment thanks to TikTok, and that's exactly what happened with Aly & AJ's 2007 bop "Potential Breakup Song." Fans are filming their very own at-home music videos to the song, and 1.4 million clips have already been created. Just don't forget your banana when reenacting the phone call scene.

"Silly" is the best word to describe all of the videos being creative to Mary Mary's throwback song. Whether you prefer to waltz, strut, or dance, there's a myriad of ways to utilize this viral TikTok audio.

Justin Bieber's sad bop with Benny Blanco has become the soundtrack to a bunch of different TikTok scenarios about feeling isolated. While some are comical, a number approached the trend with a more serious take, sharing tips on how to combat loneliness.

Bebe Rexha's slinky track with Doja Cat arrived on Oct. 9, complete with a star-studded music video featuring Charli D’Amelio, Nikita Dragun, and Avani Gregg. On TikTok, the audio is flooding the app and fans can't seem to get enough of the catchy song.