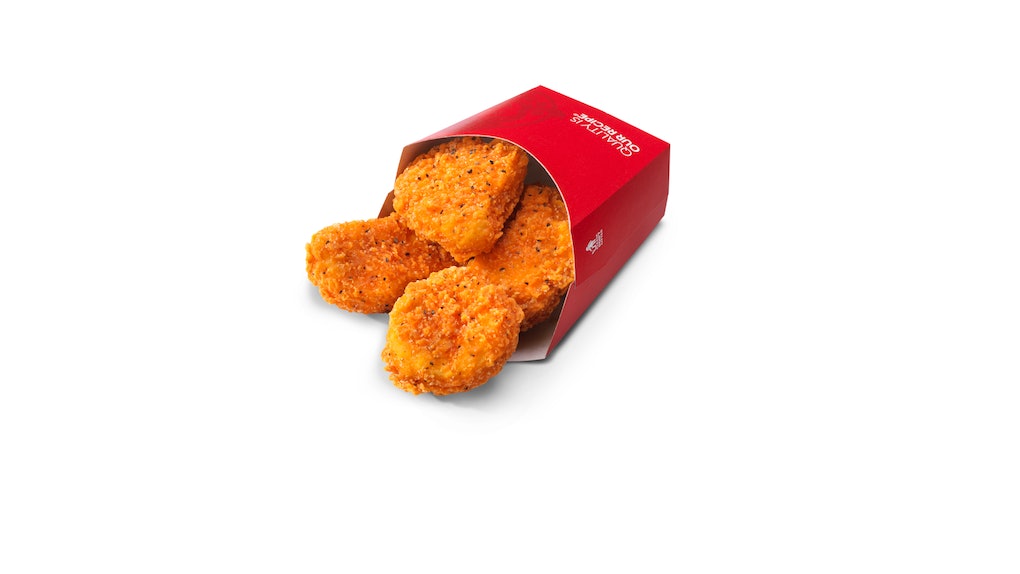 Wendy’s Spicy Chicken Nuggets Are Officially Coming Back To Menus, Thanks To Chance The Rapper

Chicken nugget stans, I've got some good news if you're looking for something to keep those Monday scaries at bay. Dreams do come true, and I'm happy to announce that Wendy’s Spicy Chicken Nuggets are officially coming back to the chain's menus sometime in the near future, and we all have Chance the Rapper to thank for the development. What a time to be alive.

ICYMI, it was a sad day for fast food customers back in 2017 when the chain decided to take the fiery nuggs off of its menus with almost no warning. Prior to that, the chicken nuggets had gained a cult following by adding just the right amount of heat to the fried chicken morsels. It was a potent combination, and while the chain has no shortage of comparable options, it just didn't assuage fans.

According to Food Beast, a brand rep told the publication at the time:

Unsurprisingly, people were not OK with the decision, and they took to social media to air their ~feelings~ about it.

My thoughts exactly. Fast forward to Saturday, March 4, when Chance the Rapper decided to put his desire for the fiery nuggets' comeback into the universe — and it paid off in a big way.

"Positive Affirmations for today," the "No Problem" hitmaker wrote on Twitter. "I WILL have a good day, I Will succeed today, Wendy’s WILL bring back spicy nuggets at some point please please Lord let it be today."

Luckily, someone, i.e. the person running Wendy's Twitter account, heard his prayers, and decided to take matters into his or her own hands by voicing the wish to the Wendy's higher-ups.

"Y’all keep asking, so here’s your chance," the account tweeted back. "The people in charge say if you guys can get our tweet (this one right here) to 2 Million likes, they will bring SPICY CHICKEN NUGGETS BACK. Let's freakin' do this!"

This would probably normally be a hefty task, but it's Chance the Rapper and our beloved Spicy Chicken Nuggets that we're talking about here. Fellow Twitter users more than rose to the task, and it took just over a day to gather the required 2 million likes.

On Sunday, May 5, Wendy's took to its official Twitter account to celebrate the good news, writing, "THIS IS NOT A DRILL! Spicy Chicken Nuggets are coming back! Y’all are crazy! That took like a day and a half! WHAT?! We don’t know when yet, gotta figure it out, but soon, and ok, LOSING IT RIGHT NOW THIS IS AMAZING!!"

Fans are pretty much doing the social media equivalent of dancing in the streets, because it is a good day to be alive.

Unfortunately, Wendy's doesn't have an official date for the re-release in mind yet, but now that Chance got the ball rolling on the nuggets' return, I'm sure that the Spicy Chicken Nugget fandom will be keeping an eye out for any new updates.

More like this
These TikTok Starbucks Drinks Include Barista Creations Like A Churro Frappuccino
By Cianna Garrison
40 Wine Puns For Captions, To Give Your IG Feed A Taste Of The Good Life
By Jasmine Vaughn-Hall
The Trendiest TikTok Recipes Of All Time That You'll Want To Taste With Your Buds
By Kelly Pau
Stay up to date