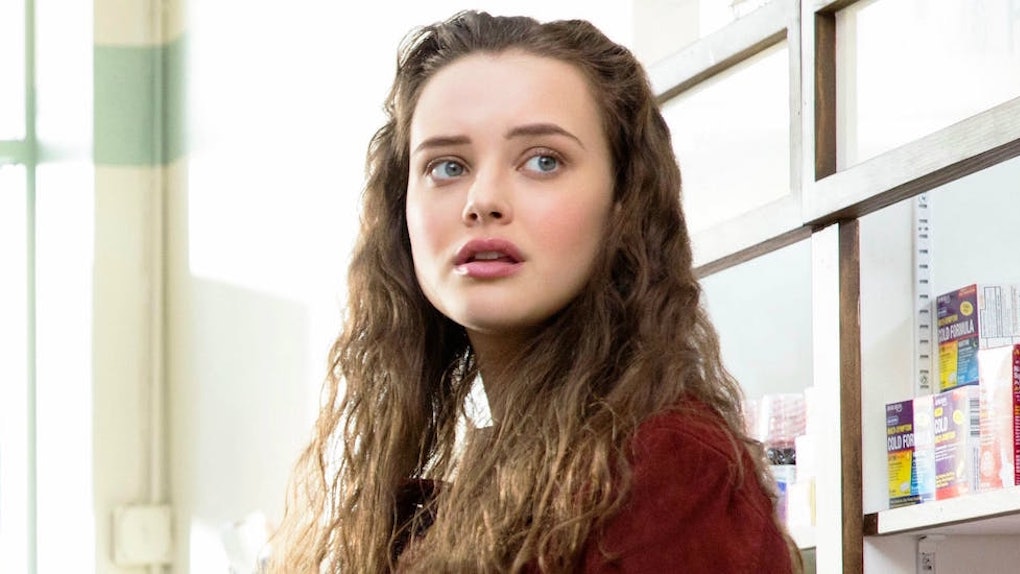 Was Hannah Pregnant In '13 Reasons Why'? This New Theory Might Change Everything

The second season of 13 Reasons Why expanded on Hannah Baker's tragic story in a bunch of eye-opening ways, but some fans think that the new string of episodes was subtly revealing a giant twist. A new theory claims that Hannah Baker was secretly pregnant before she died, and points to a bunch of clues in the new season to seem to suggest this. So, was Hannah really pregnant in 13 Reasons Why before her death? Let's get into the theory.

Spoiler alert: This post will discuss plot details from Season 2 of 13 Reasons Why. The new fan theory, posted by Express UK, makes the case for the possibility that Hannah Baker actually got pregnant after Bryce Walker sexually assaulted her... As if Hannah's suicide was not already devastating enough! Although nothing pointing to this possible pregnancy was ever really hinted at in the first season, it does seem like there were several clues that may have been alluding to Hannah hiding a pregnancy in the recently released second season.

One of the major clues involves Hannah Baker's relatively unexplained friendship with Tony Padilla. It is mentioned a couple times that Hannah entrusted Tony with a massive secret, but the series has fallen short of actually letting viewers know what that big secret might be. What if Hannah confided in Tony that she found out she was pregnant with an unwanted child after Bryce raped her in his hot tub? It definitely fits the bill for a huge secret that Tony would still be hesitant to ever share with anyone else, and it would also provide even more of a reason for Tony to want to comfort Hannah's mom so much following Hannah's death.

There is also a reference to a possible child in the final episode of the season, when Mrs. Baker hands over Hannah's "11 reasons why not" list to Clay. The last few reasons on that list include Hannah thinking that she may be able to make a difference in someone else's life someday, and specifically, that "someone else" could be her kid.

And finally, a particular focus of Bryce Walker's testimony in court was on the fact that he did not use protection on the night that he raped Hannah, and that this seemed to be a pattern of his. Of course, as we find out in the last moments of Season 2, this moment was definitely setting up the reveal that Bryce's current girlfriend Chloe is pregnant with his child, but it could also be hinting that Hannah likewise became pregnant after her terrible encounter with Bryce.

The theory still feels pretty tenuous right now, since it is only based on a handful of assumptions, but you can definitely see how this secret pregnancy could totally be revealed to be true if 13 Reasons Why continues with a third season. The dark teen drama still has not been picked up for another season yet, but if it does, the possibility of this bombshell that Hannah was pregnant with Bryce's baby at the time of her death could be one of the shockwave-spreading twists at the center of the season. After all, we already know that a potential Season 3 would have to focus on Chloe deciding what she is going to do about being pregnant with Bryce's baby after finding out that he raped her, which seems to be a perfect entryway into revealing that this may not have been the first time Bryce got someone pregnant.