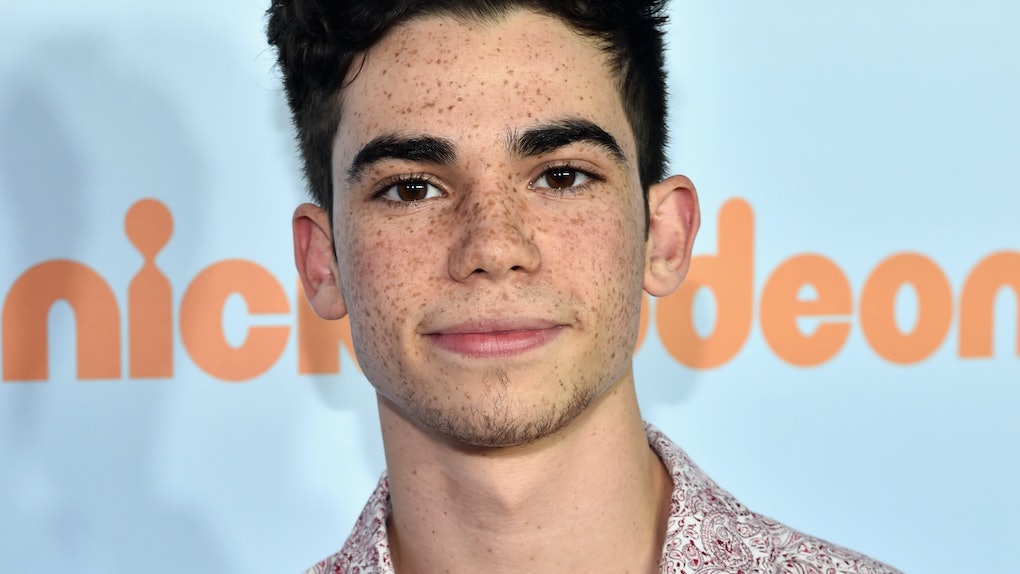 Cameron Boyce's family is speaking out following his sudden and heartbreaking death. A spokesperson for the family confirmed news of the actor's death to ABC News on July 6, saying he died in his sleep as the result of a seizure caused by a medical condition. Boyce's family later confirmed that the seizure was caused by epilepsy, a condition for which Boyce was being treated. The Boyce family has maintained its privacy in the days since, but Victor Boyce's Instagram tribute to Cameron marks his first public comments on social media about his son's death since it was announced.

A spokesperson for the Boyce family released a statement from the family shortly after Boyce's death, informing the world that the Disney star had died in his sleep.

It is with a profoundly heavy heart that we report that this morning we lost Cameron. He passed away in his sleep due to a seizure which was a result of an ongoing medical condition for which he was being treated. The world is now undoubtedly without one of its brightest lights, but his spirit will live on through the kindness and compassion of all who knew and loved him. We are utterly heartbroken and ask for privacy during this immensely difficult time as we grieve the loss of our precious son and brother.

The internet was reeling from the news, given that Boyce was only 20 years old. Friends, co-stars, and fans of the actor and philanthropist have spent the days since July 6 sharing memories of him and sharing their heartbreak.

Dove Cameron (Boyce's Descendants co-star), Adam Sandler (his Grown Ups co-star), and other actors who worked with Boyce have also posted about his death, all sending their support to Boyce's family.

Victor Boyce's Instagram about his son's death is the most heart-wrenching. He posted a photo of Boyce that was apparently taken the same day of his death, and could possibly be the last photo ever taken of him.

My son. Just hours before he was snatched from our lives. I miss him terribly. I hope that no one ever has to feel the agony I’m feeling but no one is immune to tragedy. The outpouring of love and support our family continues to receive is so beautiful and appreciated. Thank you all for helping us through our worst possible situation. 🙏🏾❤️

Celebrities and friends have been flooding this post with love and support.

Dove Cameron commented, "I love you and your whole family so much and forever. There was life before this, and now life after this. My thoughts have not left you and they will stay with you."

Kenny Ortega, director of the Descendants franchise on Disney Channel, commented, "Hey Victor, Cameron is our Forever Boy. We will carry his goodness forward with us every day of our lives. Look up, he is there! You are not alone. . .❤️"

Outside of his acting career, Cameron Boyce was a dancer and a philanthropist. He previously starred in a Hozier music video for the song "Almost (Sweet Music)," for which he also did the choreography and donated all of his pay to charity. In 2018, he was awarded the Pioneering Spirit Award at last year's Thirst Gala for raising $30,000 to build wells for clean drinking water in Swaziland, a landlocked nation in Africa, according to ABC News.

One of Boyce's final acting performances will be in the upcoming third installment of the Descendants franchise premiering in August.