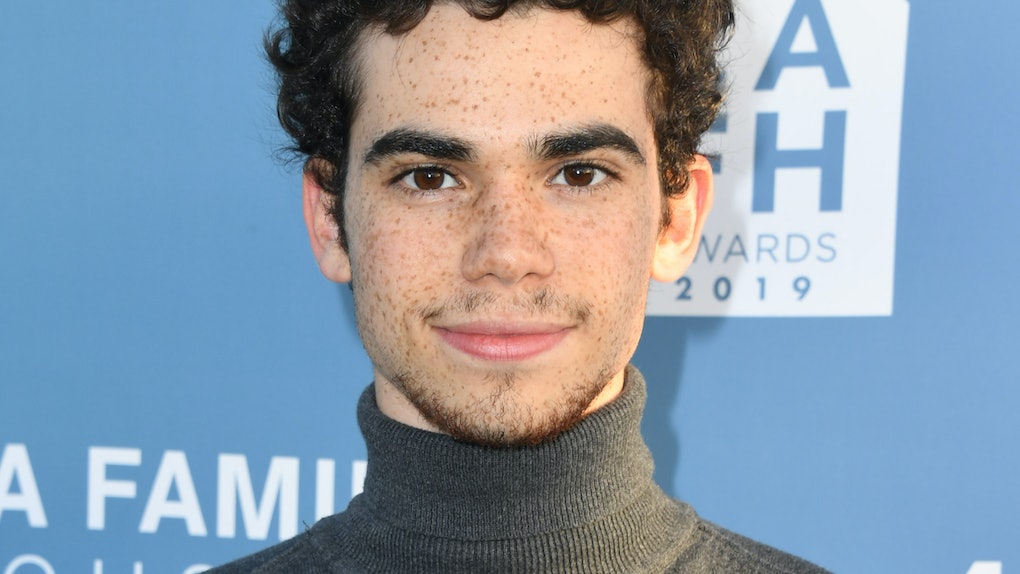 Cameron Boyce, known for his roles on Disney Channel's Descendants and the TV show Jessie, is dead at the age of 20, per an official spokesperson of the Boyce family. Boyce's death was attributed to "an ongoing medical condition" that caused a seizure in his sleep, per a statement from a spokesperson to ABC News on Saturday, July 6, 2019. In the wake of his death, celebrities and fans are celebrating Boyce's life, and the tweets about Cameron Boyce's death at age 20 are all about remembering the Disney star.

In an official statement to ABC News, a Boyce family spokesperson shared some more details about the young actor's death. The spokesperson told ABC News:

It is with a profoundly heavy heart that we report that this morning we lost Cameron. He passed away in his sleep due to a seizure which was a result of an ongoing medical condition for which he was being treated. The world is now undoubtedly without one of its brightest lights, but his spirit will live on through the kindness and compassion of all who knew and loved him. We are utterly heartbroken and ask for privacy during this immensely difficult time as we grieve the loss of our precious son and brother.

As news of Boyce's death spread, fans and other celebrities alike started sharing memories they had about or with the late actor, like Adam Sandler who wrote a heartfelt Instagram post calling Boyce "just the nicest, most talented, and most decent kid around," adding, "Loved that kid." Sandler and Boyce worked together on the films Grown Ups and Grown Ups 2.

Makeup artist and YouTuber James Charles also tweeted about the death of the actor, writing that he was one of the kindest people Charles had ever met.

Irish singer Hozier shared a message on Twitter about Boyce highlighting his kindness. Hozier wrote, "When we met I was taken aback by his energy and drive, his dedication to his craft and the sheer kindness he exuded."

Robert Iger, Chairman and CEO of the Walt Disney Company, shared a tweet saying that Boyce was "filled with so much talent, heart and life" and was "far too young to die."

Many fans expressed how sweet of a person and talented of an actor Boyce was in their memorial tweets.

Others shared that Boyce had been part of their childhood and, in a sense, they watched him grow up as they grew up.

But, most people expressed their shock and disbelief that such a young talent was gone so soon.

In addition to his acting work, Boyce had dedicated himself to charity work over the past few years, according to ABC News. Boyce was recently honored with the Pioneering Spirit Award at 2018's Thirst Gala for raising $30,000 to build infrastructure for clean water in Swaziland, and landlocked kingdom in southern Africa.

While the sudden news of his passing is undoubtedly hitting those closest to him hard, it's evident Boyce touched so many lives. From the outpouring of love and support following the tragic news, it's clear Boyce will be missed by many.

More like this
These Tweets About Beyoncé On Netflix's 'Selena: The Series' Are Too Much
By Dylan Kickham
These Tweets About The 2021 Billboard Music Award Nominations Are All Over The Place
By Michele Mendez
John Legend's Quotes About Sharing The Details Of Baby Jack's Death Are About Community
By Sydney N. Sweeney
Stay up to date