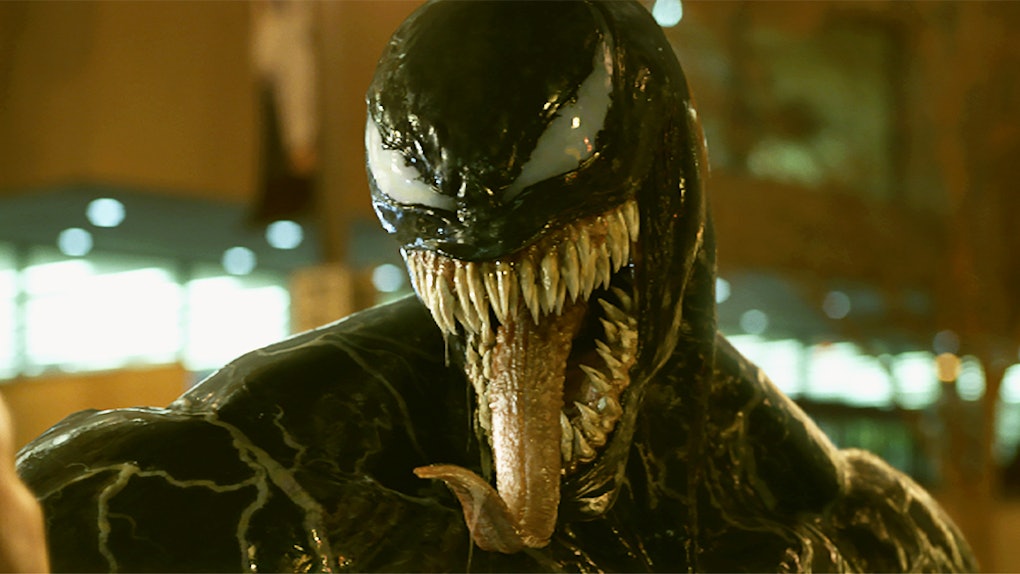 'Venom' Ratings Are In, But They're Definitely Not What Fans Expected

Sony has not had much luck with the Spider-Man franchise since Marvel decided to start making their own superhero movies. Its first two Sam Raimi films with Toby McGuire were a smashing success, but by Spider-Man 3, everything was going downhill. Its desperate reboot with Andrew Garfield felt like exactly what it was: a Hail Mary play to keep the rights from reverting to Disney. Once it gave in and partnered with the MCU, things started looking better with Spider-Man: Homecoming. That's why it's such a disappointment now Venom's ratings are in, and the franchise seems to have gone backward.

The original 2002 Spider-Man was an out of the box success for Sony, suggesting sinking money into the right to the entire Spidey-verse was a smart play. Today the film stands at 90 percent fresh on Rotten Tomatoes. 2004's Spider-Man 2 did even better with critics, clocking in at 93 percent. But Spider-Man 3 fell to 63 percent, and The Amazing Spider-Man and Amazing Spider-Man 2 swung in at 72 percent and 52 percent respectively.

Homecoming saw an upswing back into success with a 92 percent rating. But Venom has unfortunately fallen utterly flat without his web-slinger friend as backup. As of this writing, the Tomatometer stands at an ugly 32 percent splat.

The AV Club accuses the writers of not knowing what to do with an anti-superhero.

The filmmakers seem faintly aware that not all comic book characters are superheroes, but unsure of what else Venom could actually be.

Rolling Stone blames the insistence on a PG-13 rating as a significant hurdle.

Even the great Tom Hardy is defeated by this tone-deaf Marvel botch job, which delivers a puddle of simplistic, sanitized PG-13 drivel instead of the scary, dark-night-of-the-soul thunderbolt fans had every right to expect...

But the Chicago Tribune says even as a failure, the result is fascinating:

By far the best part of "Venom" aside from a scene where Eddie plunges himself into a restaurant lobster tank and tears into a live crustacean is the chemistry between Eddie and his parasite, Venom himself, who is cheeky and sardonic for an alien. They bicker like a married couple over when to eat, what to eat (there are rules about whose heads Venom is allowed to chomp), and how to approach Eddie's ex-fiancee, Anne.

But these ratings are not expected to dampen Venom's box office potential. According to Deadline:

It has been awhile since there’s been a superhero movie, so Sony/Tencent’s Venom based on the Marvel property arrives with enough anticipation this frame to drive its opening weekend to an estimated $160 million-$175 million global start, with the domestic box office headed toward an October opening record of $60M-$65M at 4,250 theaters plus Imax. The latter would best the month’s current record-holder, Warner Bros’ Gravity, which opened to $55.7M in 2013.

Like DC Extended Universe films, this will probably prove to be a critic-proof film, at least for opening weekend. The real question is how hard it drops after the first weekend is over, and there are no pre-sale tickets to ride out the bad review tide.

More like this
TikTok's #NotTheMainCharacter Trend Shows The Supporting Role You Connect With Most
By Marisa Casciano
'Knives Out 2': Release Date, Cast, Trailer, Plot, & More
By Ani Bundel
Lana Condor's Career Goals Are All About Representation — EXCLUSIVE
By Rachel Varina
Stay up to date