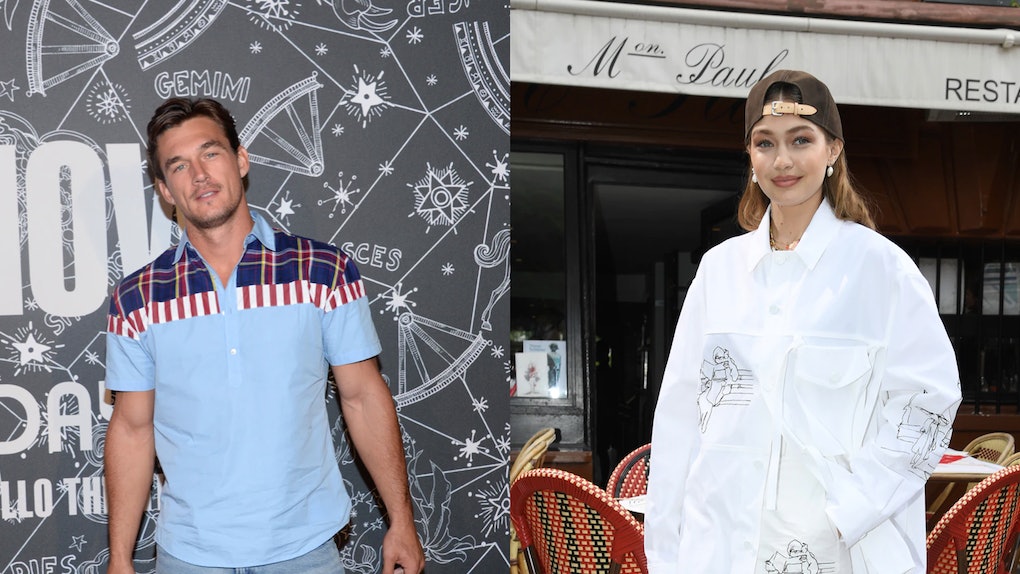 Fans of The Bachelorette Season 15 contestant Tyler Cameron have hopefully made peace with the fact that the model won't be continuing his search for love through the franchise. However, if you haven't heard Tyler Cameron’s quote about not being the Bachelor, and why he decided to pass on the opportunity, there's a solid chance her name rhymes with Fiji.

When asked about The Bachelor, Cameron first brought up his father's health as a concern in a Sept. 24 interview with Entertainment Tonight. “It was something we talked about, but where I was at in my life, I just didn’t think it was where I wanted to be,” Cameron told ET. “My heart wasn’t in it, my dad was really sick again, and I was nervous and scared. I sat on it, thought about it, and...my heart wasn’t it.” Fortunately, Cameron's father's health has since improved.

When asked a follow-up question about his current dating life and whether it also played a role in his decision to turn down the offer, Cameron hinted that he's in a relationship. “Yeah, you shouldn’t go on the show if you have a girlfriend," he said. And there are more than a few reasons to believe he was referring to supermodel Gigi Hadid.

Cameron was quick to correct his choice of verbiage after being asked directly if he did, in fact, have a bae. “No, I wasn’t saying that, but if you’re dating somebody or seeing somebody,” he added. “My heart wasn’t 100% there and that’s something you have to be fully invested in. I was on the other side of it as a contestant and it was a much easier role.”

Since Cameron and Hadid have been spending quite a bit of time together throughout the summer, rumors have been swirling about a romance between the two. After Cameron reportedly attended the funeral of Hadid's grandmother on Sept. 5 in Netherlands, fans were convinced their relationship had become serious. However, in that same interview, Cameron attempted to backpedal on his remark about being in a romantic relationship with Hadid.

"We're just friends," he said. "I mean... that's just where we're at. Our relationship doesn't need to be public. She's good people, she's an amazing person and we're just keeping it friendly." Although it does seem a tad bit suspicious to insist that you're in a "relationship" that's not a "relationship," we'll just have to wait and see what happens. Regardless of whether or not there is romance in the air, Cameron made it clear that he's hoping to keep his love life private from now on.

"I'm at the point where I don't really want to talk about my relationships. I've dated publicly, so... I'm trying to date privately and I'm not in love with anybody right now," said Cameron. "I'm in love with myself." Considering everything that went down between Cameron and Bachelorette Hannah Brown, it makes sense that he's not in any rush to fall in love with anyone but himself. As far as Hadid is concerned, only time will tell if their situationship will go further, or if they really are "just keeping it friendly."