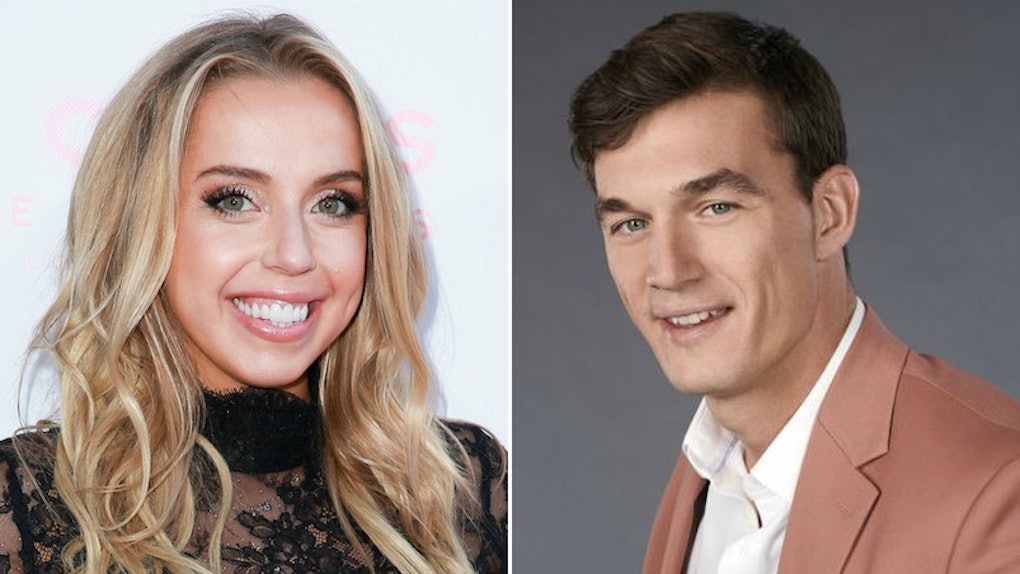 The Bachelorette's Tyler Cameron has truly made the most of his time following his stint on the hit reality TV show. After being photographed leaving Bachelorette Hannah Brown's apartment on August 2, he was spotted on what seemed like a first date with supermodel Gigi Hadid just two days later, on August 4. But on the newest episode of the Sex With Emily podcast, Violet Benson, the Instagram influencer behind the account @daddyissues_, revealed that she, too, had a brief soiree with the model-turned-reality TV star. Tyler Cameron reportedly had a lunch date with Violet Benson before he went out with Hannah, and I'm sorry, but did I miss the memo where Tyler was announced as the next Bachelor?

On the podcast, Violet explained how she was out with Tyler the day of his date with Hannah. You know, the one that ended with photos of the two saying goodbye in front of Hannah's apartment the next morning. That would be shocking news for anyone to find out, especially since Violet explained that she and Tyler had been "vibing" during their lunch.

However, Violet also explained that she wasn't too worried about Tyler seeing Hannah that same day, but that she did feel a little weird about it all, and understandably so. "I didn’t freak out on him because he hooked up with Hannah... I was confused, I felt like he was dishonest with me," she said. "I felt weirded out because I didn’t want then if they have a thing — because my whole brand is so pro-women — I wanted them then to be able to explore it without me in any type of mix. I didn’t want to be in that situation." Good for Violet for having such a great attitude about the whole thing.

"So I was like I saw you in the tabloids with Hannah, and that makes me really uncomfortable," she continued. "I don't feel like you were honest, so I'm just going to go ahead remove myself from that situation, I don't want to be involved in this." Of course, it wasn't long after his date with Hannah that Tyler was spotted with Hadid, which Violet said made perfect sense. "And then literally the next day, he’s in New York and the tabloids come out that he's with Gigi. When I saw that, I was like, 'Oh, then I overreacted.'" Benson said that she believed Tyler and Hannah's date wasn't all that real.

"I think he was being polite when he hung out with Hannah," she said. "Clearly, I think Tyler is trying to shoot his shot with people that he’s a fan of that he could now get the chance to hang out with."

Violet's insights are definitely interesting, but Tyler's timing? Not great. And while I'm all for him putting himself out there and playing the field, it might be smart to do it in a less public way. You know, one where the people he's dating can't so easily find out about the other people he's dating. He's entitled to do whatever he wants, but one thing is certain: Tyler-Hannah shippers are not going to be pleased to hear about this latest development.