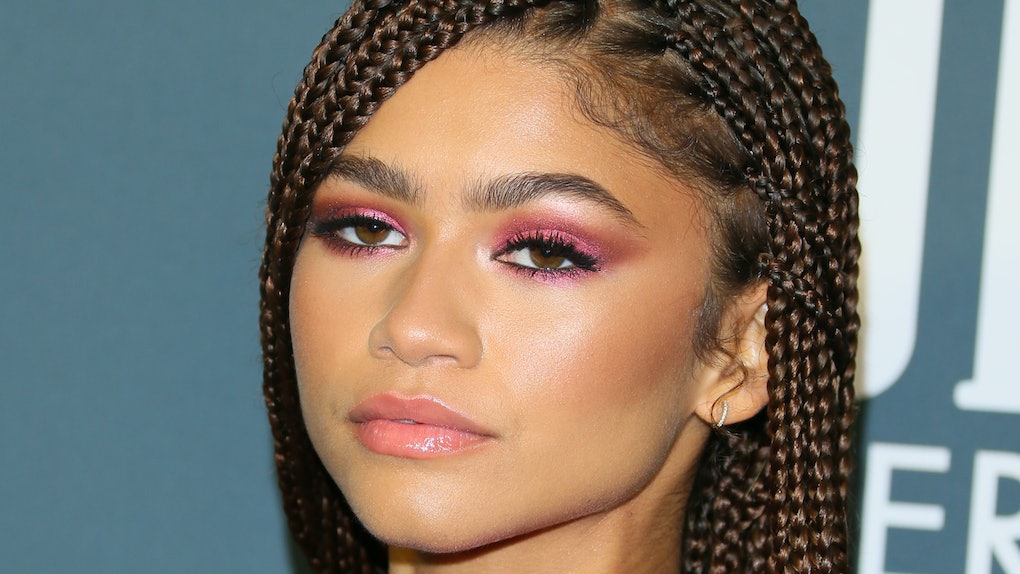 Tyga Tried Flirting With Zendaya On Instagram, & Boy, Was It Awkward

Zendaya is an absolute goddess — no question. She's a talented, charming triple-threat who serves glamorous, boundary-pushing looks on the reg. So when Tyga tried to flirt with Zendaya on Instagram, no one could blame him for shooting his shot. But TBH, it seems like he should have just stuck to the DMs. On June 19, Tyga dropped his new song "Vacation." In promoting the new track on Instagram, he posted a snippet from the music video featuring dreams of a rolling ocean, chilled alcoholic drinks, and women with beachy hair and cute bathing suit cover-ups. He captioned the post, "Tag someone you wanna take on vacation! @zendaya?" and added the side-eye emoji. Hello.

Besides the obvious, which is that Zendaya is gorgeous, the lyrics to "Vacation" might shed some light on why Tyga chose this as his moment to make a move. "T-Raw, movie star (How dawg?) / Got a few actress in rotation / Might gotta run for the man, need a Hollywood star." Looking at Hollywood stars, Zendaya leads the pack.

To make matters even more awkward, Tyga later deleted her handle from his caption. The comment section is buzzing with references to the original caption, telling Tyga to "leave Zendaya alone." "Ooo you wanna take Z?" wrote one fan. "So we're gonna ignore him shooting his shot at zendaya???" wrote another. Since he changed his caption, Tyga hasn't spoken up about why he fell back from his bold, flirty, proclamation.

Honestly, put yourself in his shoes! It's like when you ask someone out via text and get left on read. Sometimes, no response is a response. All you can do then is retreat from the situation and lick the wounds of your embarrassment in solitude. At least Tyga can say he gave flirting with Z an honest shot. Maybe he just forgot there's a very real chance she might not be single.

Although neither party has confirmed their reported relationship, Zendaya has been linked to Euphoria co-star Jacob Elordi since late 2019. In December 2019, Elordi told GQ Australia that Zendaya is, "like my sister. Zendaya is an amazing creative, you know? She's super dope to work with. She's an incredible artist and a very caring person to all of us. But we're all really close." In February 2020, paparazzi snapped a pic of Elordi planting a kiss on Zendaya's head in New York City.

Next time, T-Raw, maybe opt for the traditional DM slide.