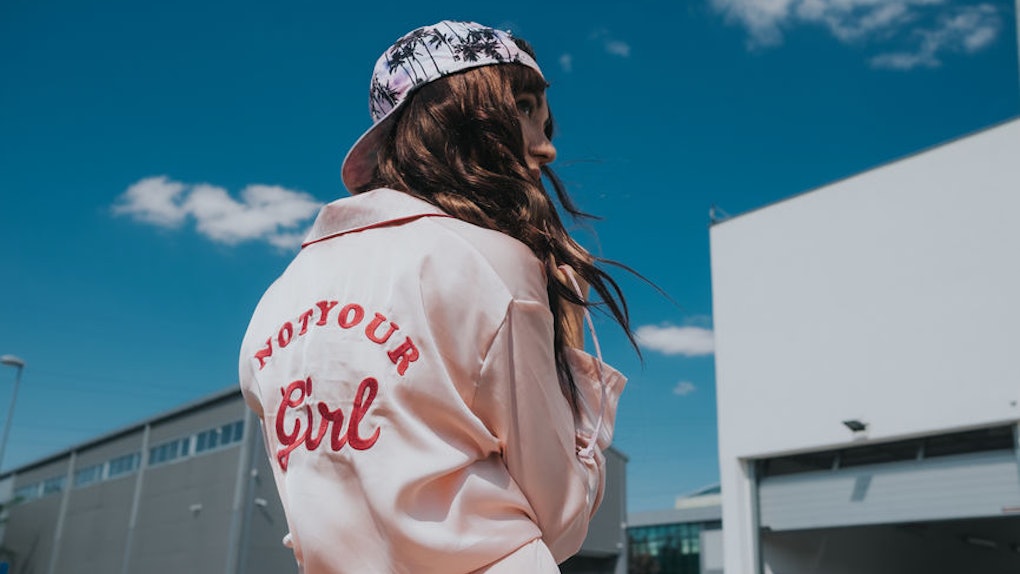 Try A Dating Detox If You're Single & Not Thrilled About It

I'm going to share two particularly real feelings I have: First, I secretly like being single. Second, I often pretend I totally hate being single. The former is because I'm a creature of habit — I usually fly solo, and even six months into something, I have a hard time saying "boyfriend" (oops). I've always professed to want a relationship because of all of the single-pity in the ether, and then a relationship pops out of nowhere, and I freak. This exact pattern is why I think a dating detox is the answer if you're single, but you actually want a relationship.

Let me break this logic down: the times that relationships have crept my way have mostly been times when I am extremely focused on something else — work, studying, a passion, finding the perfect rum punch in New York City, anything. But I'm not always ready for love, and so these situations tend not to last. Basically, when I am not actively dating, I have the best luck. When I actively try to put myself out there, I feel like I only meet boring people and total jerks. What gives?

If you are earnestly swiping back and forth forever — which makes absolute sense to me if you're looking for a partner — you might also be starting to get worn out by the process. Dates take time, apps are a numbers game, and love is elusive!!! This is why I suggest you do one thing, and one thing only: a dating detox.

Detoxes of any kind are great because they give you a sense of control over the thing in your life that's not working out the way you wanted it to. Detoxes also help you identify and break patterns.

There are some important factors to consider when setting up your detox, and I actually encourage you to get technical with it. First, give yourself a strict period of time during which you will take a break from whatever apps or in-person dating or heck, maybe even flirting, you do regularly. Three weeks? Perfect. Three months? Great. Longer? Sure! Think about what feels appropriate to you, and put the date on the calendar.

Next, find something else to do with your time. I probably don't even need to tell you this, because you are a strong woman with all sorts of side hustles and passions. But I personally feel like I could organize a nice little detox, only to swiftly replace the time I spent swiping on apps with time spent scrolling on Instagram. Instead, why not get really involved in something else, whether that's cooking nightly, studying for the LSAT, learning a new sport, or writing a book of poetry. Pouring your energy into something other than dating will energize your dating life in the long run, because you're investing in yourself and your happiness.

And what happens after the detox? I spoke to Sammy, whose name has been changed for the purposes of this article, about the viral Instagram account she runs, 180 Days Of Not Dating. Sammy committed to and completed 180 days (roughly six months) without dating at all because she wanted to break her pattern of serial monogamy. I asked her how she felt at the end of the 180 days.

"At the start of my dating break, I thought that the second it was over, I'd just jump back into my old serial-monogamy ways and date the first random guy I met just so that I wouldn't be alone," says Sammy. "But during my dating break, I realized that I actually liked single life! Now that it's over, I'm not forcing myself to be single anymore — now I'm actually choosing it. I actually like having time to myself, to work on my own projects, and hang out with my friends."

And if your goal is an eventual relationship, don't fret! The dating detox is for you, too. "If I do start dating again, I'm going to make sure I still make time to do things I love instead of just getting completely wrapped up in the relationship," explains Sammy. "I know that maintaining my own life within a relationship will lead to a healthier relationship, and me being happier in it. In the meantime, I'm not feeling sad that I don't have a partner, as I would have before the break. Now, I'm feeling super empowered in my singledom."

A dating detox will allow you to bring your best self to your new relationship. So set a timeline, commit to it, and come back to dating refreshed. Proud of you already.