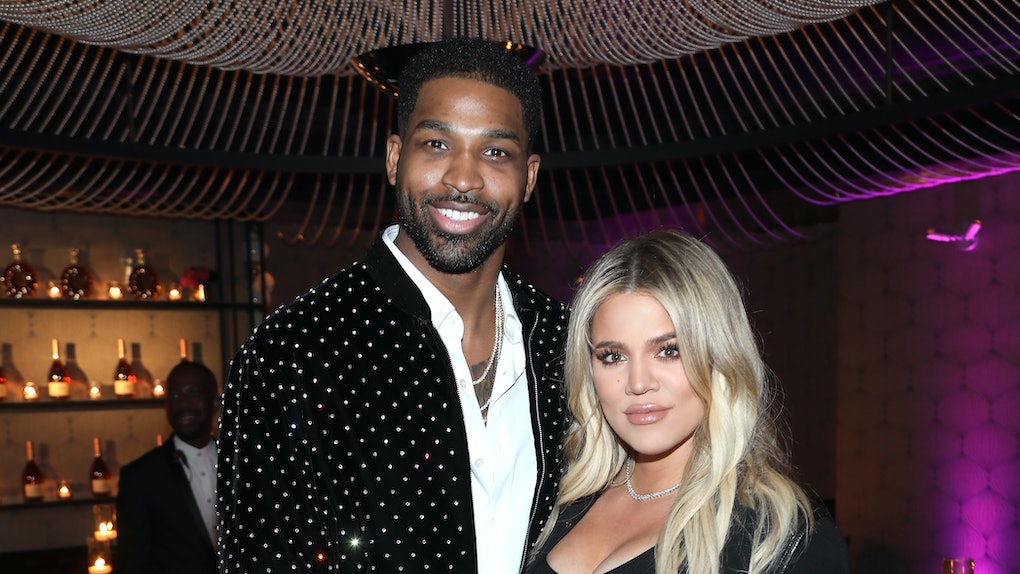 Just when you thought you were done with their roller coaster of a relationship once and for all, Tristan Thompson's Instagram about Khloé Kardashian's People's Choice Award is here to remind the world that this saga is still churning. After his ex won both Best Reality Show (for Keeping Up with the Kardashians) and Best Reality Star (all on her own!), the athlete posted a collage of three copies of the exact same image of Kardashian on the red carpet at the People's Choice Awards. In his caption, he congratulated True's mom for her achievements.

"Wow wow wow @khloekardashian 👑👑Congrats Momma Koko on winning best reality star 2019, that’s two years in a row," Thompson wrote on Nov. 11. "Two time champ. I love the sound of that. So proud of all you have accomplished this year. Revenge body is something that always stands out to me, you challenge people to fight for a better YOU. It’s more about what in life really gives us true happiness and is holding us back from achieving that. True and Myself are so proud of you and the sisters for everything last night. Y’all are truly role models to our younger generation. Keep leading with love and happiness. You go girl!!! *martin voice* ❤️❤️"

While Kardashian has been on Instagram to post stories as of four hours since Thompson posted his tribute to her, she still has not liked or comment on the post. Oh, and just so everyone is here clear: It definitely does not look like the two are reuniting any time soon. In fact, just a day before her big win, Kardashian posted a philosophical quote about the power of being single on her Instagram story.

"It takes a strong person to remain single in a world that is accustomed to settling with anything, just to say they have something," she wrote in black text over a white backdrop.

The Best Reality Star award, in particular, has stirred up some controversy for Kardashian since the award show because the star failed to acknowledge the award on stage. But apparently, she didn't thank fans for voting for her because she didn't even realize that she had won.

"It’s so beyond loud in there. I had no idea I won an individual award until we walked off stage," she explained on Twitter on Nov. 10. "I feel so badly right now. I am so f*cking grateful and appreciative! I can’t believe I didn’t say anything but I didn’t hear that I won until after."

She also posted an Instagram Story video explaining that she was "too nervous" to speak on stage. Even the best reality star in the world can apparently get a little shy, OK? At least she knows Thompson has her back, no matter what.