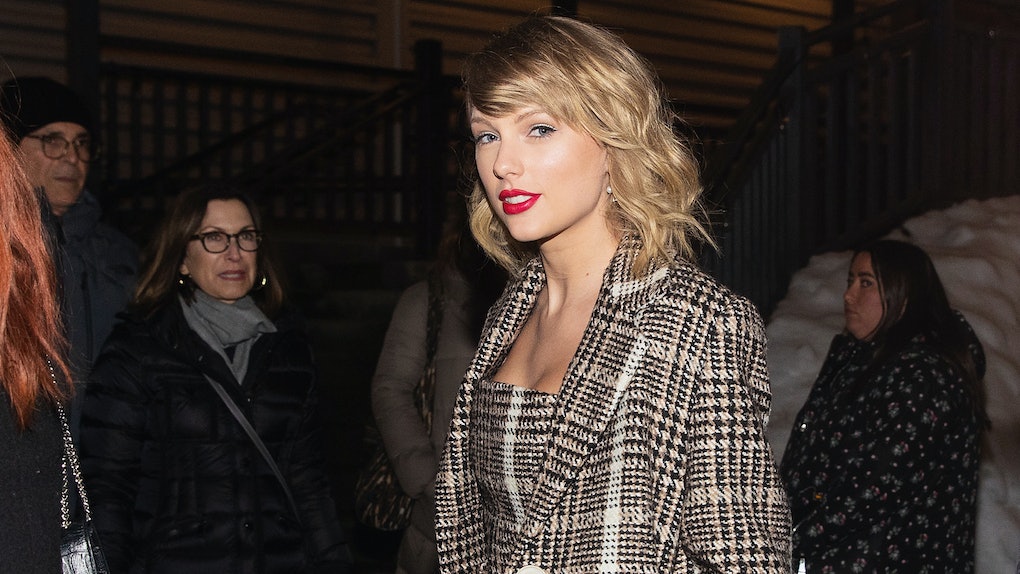 Taylor Swift's team has her back. Amid the reignited game of he-said, she-said regarding what really went down during Swift and Kanye West's 2016 phone call about the lyrics to his song "Famous," Swift's publicist, Tree Paine, is telling her side of the story. Tree Paine's response to Kim Kardashian's Twitter rant about Taylor Swift has a pointed message.

Three days after new footage of the phone call was leaked on March 20, Swift took to Instagram to urge her fans to stop focusing on the phone call "that was illegally recorded, that somebody edited and manipulated in order to frame me and put me, my family, and fans through hell for 4 years." Without further comment on the situation, Swift shared two organizations she has been donating to during the coronavirus pandemic and encouraged her followers to do the same if they are able.

Swift's post led Kardashian to speak out in a series of tweets with one that read: "I didn’t feel the need to comment a few days ago, and I’m actually really embarrassed and mortified to be doing it right now, but because she continues to speak on it, I feel I’m left without a choice but to respond because she is actually lying."

Further speaking on what happened between West and Swift, Kardashian revealed: "The only issue I ever had around the situation was that Taylor lied through her publicist who stated that 'Kanye never called to ask for permission...' They clearly spoke so I let you all see that. Nobody ever denied the word 'b*tch' was used without her permission."

It didn't take long for Swift's publicist Tree Paine to see Kardashian's tweets. Paine hit back at Kardashian in a tweet that read:

I’m Taylor’s publicist and this is my UNEDITED original statement. Btw, when you take parts out, that’s editing. P.S. who did you guys piss off to leak that video?

Paine also included a screenshot of her original statement from 2016 for reference.

Though Kardashian didn't reply directly to Paine, she ended her rant, writing: "This will be the last time I speak on this because honestly, nobody cares. Sorry to bore you all with this. I know you are all dealing with more serious and important matters."

Whether or not this will actually be the last time Kardashian speaks out about this situation is unclear, but hopefully everyone involved can someday get clarity and move on.