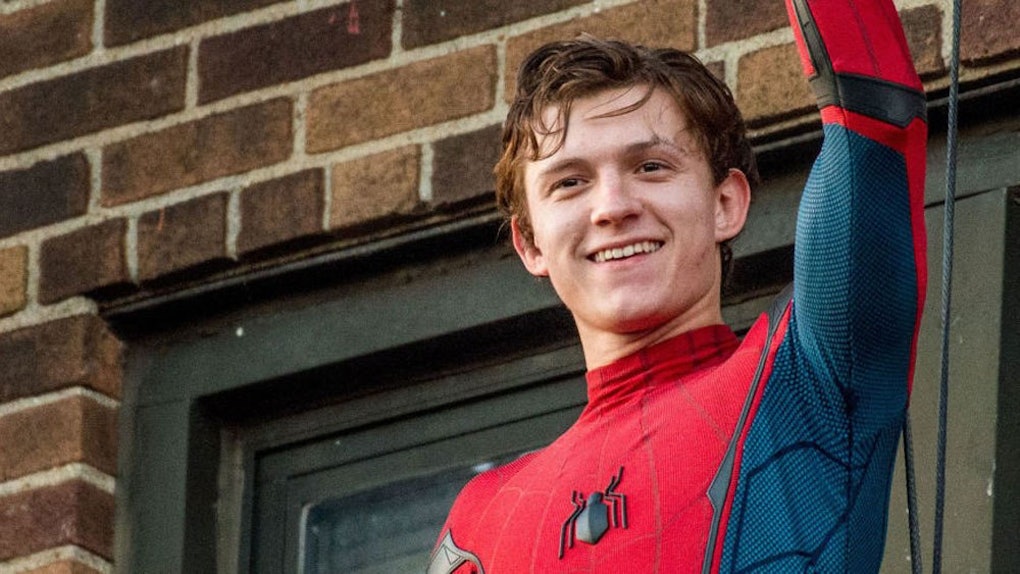 There are a bunch of things that Spider-Man is really good at, like flying through the air and fighting bad guys. He is a superhero who gained his powers from a radioactive spider, after all, and his super abilities fall in line with a typical spider's skillset. Unfortunately, one skill his spider powers don't help him with is keeping secrets. In fact, the producers of the Avengers movies needed to take some extra precautions simply because he's so bad at keeping secrets. Tom Holland didn't get the Avengers: Endgame script because he couldn't be trusted not to spoil it.

Holland, who plays the Spider-Man/Peter Parker, has a history of being loose-lipped when it comes to top-secret Marvel information. He infamously revealed the name of Spider-Man: Far From Home before it was officially announced, and spoiled the ending of Avengers: Infinity War to a theater full of fans who hadn't seen the movie yet. During the Avengers: Infinity War press tour, co-star Benedict Cumberbatch repeatedly had to stop Holland before he said too much in interviews. Holland even managed to spoil the plot of Jurassic World: Fallen Kingdom to its star Chris Pratt before Pratt had seen the script... and Holland isn't even in that movie. With Holland's bad track record for keeping plot details under wraps, the team behind Avengers: Endgame didn't want to take any chances with the final film in the Infinity saga. So, to make sure that Holland wouldn't accidentally let any movie details slip, Avengers: Endgame directors Anthony and Joe Russo didn't even give him a script.

“Yeah, Tom Holland does not get the script,” Joe Russo said at the Avengers: Endgame Indian Anthem event on April 1. “Tom Holland gets his lines and that’s it. He doesn’t even know who he’s acting opposite of. We’ll just, we use like very vague terms to describe to him what is happening in the scene, because he has a very difficult time keeping his mouth shut.”

You can check out the Russos talking about their special process with Holland in the video below:

Holland hinted at his ignorance while filming Avengers: Endgame when he spoke at ACE Comic Con Phoenix. He told fans:

The Russo Brothers are like ‘so you’re just standing here, and you’re fighting this guy and just do whatever,’ and I’m like, ‘OK, who am I fighting?’ And they were like, ‘Well, we can’t tell you because it’s a secret.’ I’m like, ‘OK so what does he look like?’ And they’re like ‘well, we can’t tell you because that would give it away’…I’m just standing there punching the air for 15 minutes and when I took the job I didn’t think that’s what I’d be doing. I’ve gotten used to it now.

While filming without knowing specific details about the movie must have been pretty difficult for Holland, it makes sense for the producers to protect the story so fiercely. Avengers: Endgame is poised to be one of the biggest movies of all time, with online ticket sales already breaking records. The producers have to do everything they can to protect such an important movie, even if it means keeping one of their stars in the dark.

Both Holland and Marvel fans alike can find out the whole plot of Avengers: Endgame when it opens in theaters April 26.