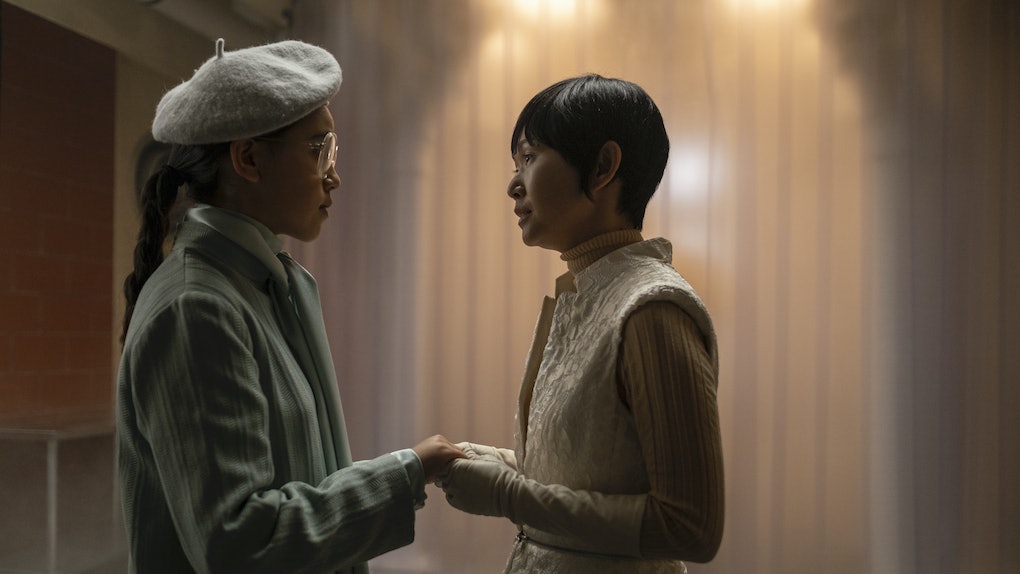 Watchmen's ending has somehow become the most highly-anticipated HBO finale since Game of Thrones, and the show hasn't even guaranteed a second season. But the mastermind behind shows like Lost and The Leftovers is known for endings that swing for the fence. In the case of Lost, it didn't go so well. The Leftovers, on the other hand, has one of the greatest finales of all time. Watchmen's ending depends on how it wraps up the dozens of loose ends, including those of Veidt and Lady Trieu. But this Watchmen theory about Lady Trieu’s parents suggests these might be the same. Warning: Spoilers for Watchmen follow.

Lady Trieu has an obsession with Veidt. The genius trillionaire bought his company out in 2012, as soon as he was officially declared missing. Fans know now he was just on Europa, and that he's very much alive.

Trieu seems to know he's alive. Her statue of him shows Veidt not as he is remembered by the world, young and virile in 1985, but as he is now. And she refers to him in the present tense when talking to Blake.

But why is Trieu obsessed with Veidt? The going theory is that he's her father.

When Blake asks about the statue, Trieu says she's honoring her elders. She's certainly working on honoring her mother. Rather than allow mom to die, Trieu cloned her and is raising the clone as her own child, injecting her mother's memories to recreate the woman that was. When then asked about her father, she says, "he'll be there" when her Millennium Clock launches.

There's no clone of dad. Fans think her supreme intelligence, and her owning Veidt's technology means he is her father.

As for Veidt, his experiences on Europa, up until now, were thought to be concurrent with present-day Earth. But Episode 7 revealed otherwise. The candles on the endless cakes Crookshanks makes are a significant clue. In Episode 1, there's one candle, in Episode 8, there are seven. That suggests these are "anniversary" cakes. If so, the premiere's scene was in 2010, and when Veidt starts his feverish escape from prison, it's 2016.

It's 2019 currently, which means Veidt has probably been back on Earth, hidden in his arctic lab, for a while. Trieu would know since he would contact his company upon return.

Once Veidt was filled in on Manhattan's whereabouts, and Hooded Justice's mission, the Millennial Clock falls into place. It's something Trieu created to honor her father as well, using his technology.

Veidt says he wanted to defeat Manhattan using the tachyon particles in the atomic ring. But he never managed to make a large-scale device that worked. If Trieu's plan to save the world is stopping a man with Manhattan's abilities, creating a device that emitted those particles and defeated a Manhattan-like would-be god is a perfect answer.

Of course, her father would want to be there to see it.