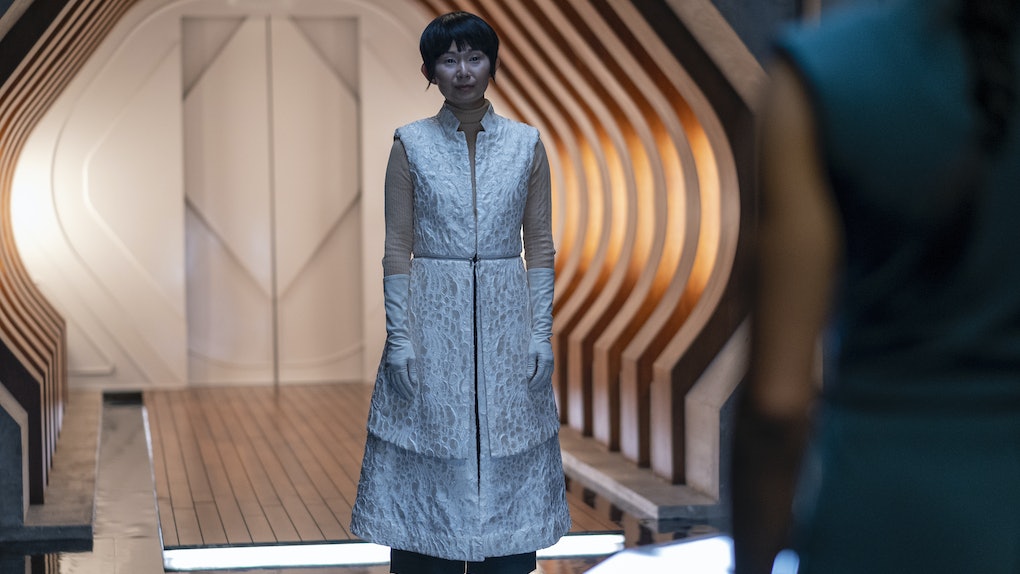 Watchmen may have started a little slow, with an undefined narrative that centered around the death of a local police chief. But Episodes 6 and 7 have turned the series into a corkscrew of twists and turns, first revealing the secret behind Hooded Justice, and then the one behind Doctor Manhattan. But what fans are now stuck on is how exactly these heroes are going to save the world. This Watchmen theory about Lady Trieu's Millennial Clock sounds off the wall at first blush. But it's so outlandish, it just might work. Warning: Spoilers for Watchmen follow.

So here's the situation as viewers understand it:

Senator Joe Keene Jr. and Chief Judd Crawford are both descendants of Cyclops, the white supremacist group from the 1940s who were obsessed with using mind control on African-Americans. These bad guys developed a form of brainwashing technology using flashing lights through a projector to drive moviegoers in segregated cinemas to violence.

Hooded Justice took them down (and stole their tech). But the group has been secretly working on staging a comeback. Their new plan centers around Tulsa, where someone (as yet unknown) told them Dr. Manhattan was living as a regular human, unaware of his true nature. This plan is to capture Manhattan, somehow extract his abilities, and imbue themselves with it. (Or maybe empower only Joe Keene, it's not clear.)

That will give Keene (and possibly his followers) the ability to rule the world, depose President Redford, and roll back all the civil rights gains made in the last 20 years, if not the previous 200.

Lady Trieu, who has spoken before of her Millennial Clock being far more than a device to tell time, plans to stop them along with Hooded Justice. The clock is the key device to do that. Because it does... What exactly?

That's where the theories come in. No one knows what the Millennial Clock does, other than cause people to grin knowingly and murmur "tick-tock."

One going answer is that the clock turns back time. As in, it erases everything that's happened and prevents the events of the show from happening at all.

That certainly sounds like a cheat of an answer. But remember, this is a show from Damon Lindelof, who wrote Lost and The Leftovers. Both of these had magical endings, ones where viewers weren't sure what just happened. The ending's interpretation depended on what viewers choose to believe.

A time travel ending would certainly fit within the Watchmen theme. (Watches, time, etc.) An unsettling finale where audiences are left wondering if any of the events happened at all would fit Lindelof's MO. And a conclusion where things end in such a way that the story is forced to conclude would fit the finale synopsis: "Everything ends. For real this time."