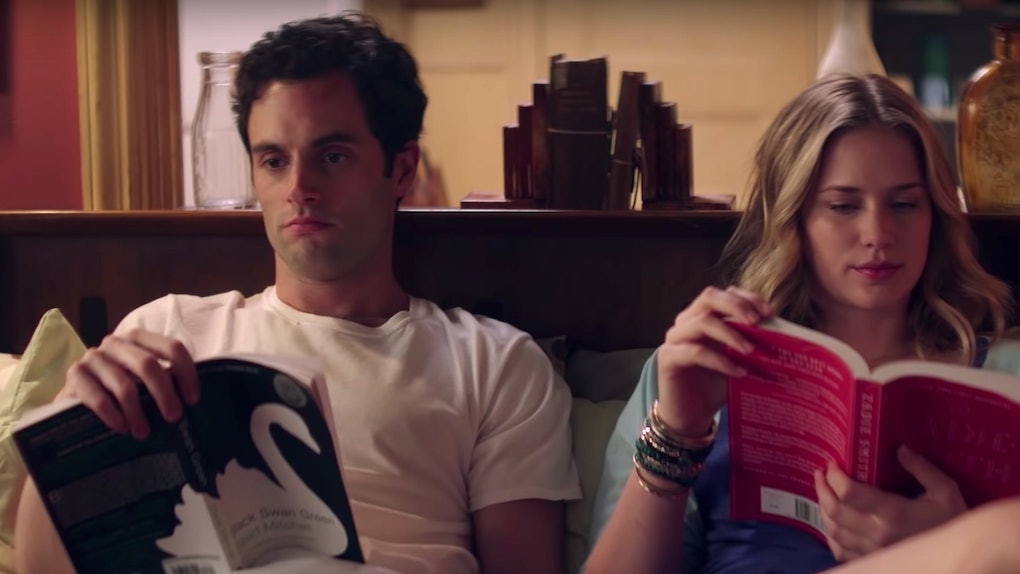 Just when you thought Joe Goldberg could not get any creepier, Netflix has found a way to amplify just how awkward being around the You protagonist would really be if you ran into him in real life. Throughout You, Joe's inner thoughts serve as important narration to tell viewers what is actually going on with the plot. But obviously, the other characters in the show can't hear Joe's thoughts, and that means there are actually a lot of awkward silences going on. This video of You without Joe's narration will give you an idea of what Beck really had to put up with when she was with Joe.

Now that Netflix has officially acquired the psychological thriller You from Lifetime, the streaming service uploaded a quick featurette to its official YouTube channel to have some fun with the show. The new video erases Joe's inner monologue to show how the scenes in You were really playing out for the characters trying to have conversations with Joe. All of those awkward silences really illustrate just how much time Joe spends mulling over his various schemes inside his head rather than actually communicating out loud. It also shows the awkwardness that Penn Badgley had to go through to record all those takes of Joe just thinking.

Check out the new featurette below:

But do not worry, because Joe's inner monologue will be back in full force when You returns for its second season. The adapted drama series has had a really unconventional road this past year — its debut season underperformed when it first aired on Lifetime this past fall, and although the network had picked up a second season before the first one even began airing, they wound up nixing the renewal after the season finale.

That is when Netflix swooped in and acquired the show. You then immediately boomed in popularity when it began streaming on Netflix at the very end of 2018, and the streaming service is now producing the show's second season. Interestingly enough, this is the second notable occasion that one of Greg Berlanti's shows exploded in popularity after its first season aired thanks to Netflix. The first season of Riverdale was actually underperforming in terms of ratings when it debuted on the CW, but it found an intense fanbase after it began streaming on Netflix shortly afterwards and its viewership numbers doubled when Season 2 premiered.

Season 2 of You is largely being kept a mystery, but we do know that it will be based on Caroline Kepnes' followup novel Hidden Bodies and Sera Gamble recently said that it would begin production later this month. The story will move Joe across the country from New York to Los Angeles. Three new cast members have also been added for the new season: Victoria Pedretti (The Haunting of Hill House) will play Joe's new love interest Love Quinn, James Scully (Heathers) will play Love's smug brother Forty Quinn, and Jenna Ortega (Jane the Virgin) will play a scrappy teenager fending for herself in the city named Ellie.

Fans can expect Season 2 of You to land on Netflix later in 2019.