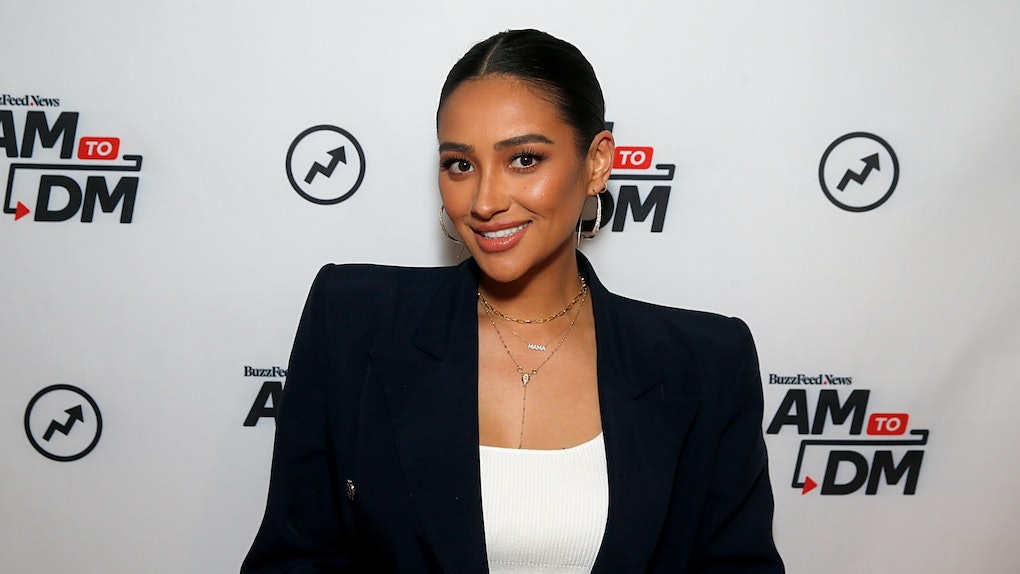 Shay Mitchell is a successful actress, author, and entrepreneur, but there's one thing she hasn't quite mastered: TikTok. Mitchell tried her hand at a dance challenge on the app on Tuesday, March 10, and while the outcome was flawless, her road to getting there wasn't easy. This video of Shay Mitchell trying to TikTok will crack you up.

After Mitchell's infant daughter, Atlas, finally fell asleep on Tuesday night, the You actress had some quality alone time to recharge and refuel. Mitchell kicked off her solo party by dancing around her kitchen to Miley Cyrus' "Party In The U.S.A." while eating pizza and drinking wine from the bottle.

Mitchell later played around with IG filters, and then settled into her TikTok practice that she hilariously documented on her Instagram Stories.

"Bts of a real life thirty something year old trying to 'tik tok'," she captioned the first clip. "This thing needs to slow down a little bit," she yelled to herself after getting frustrated about not nailing the moves.

"This is f*cking confusing," Mitchell said in a second story. But it was all worth it in the end. Mitchell revealed the final video and she absolutely slayed in it. Watch her journey to TikTok stardom below.

Even though Mitchell might not have the whole TikTok thing down just yet, she's definitely giving it her best shot and her page is already super entertaining.

On March 5, Mitchell reunited with her Pretty Little Liars costar and close pal, Ashley Benson, to dust off their freestyle moves and give the "Wow You Can Really Dance" challenge a go. The outcome of their dance duet is perfection.

Mitchell already has over 643,000 followers on TikTok, and seems to be enjoying getting to know her way around the app, so fans can count on seeing more of her videos in the very near future.