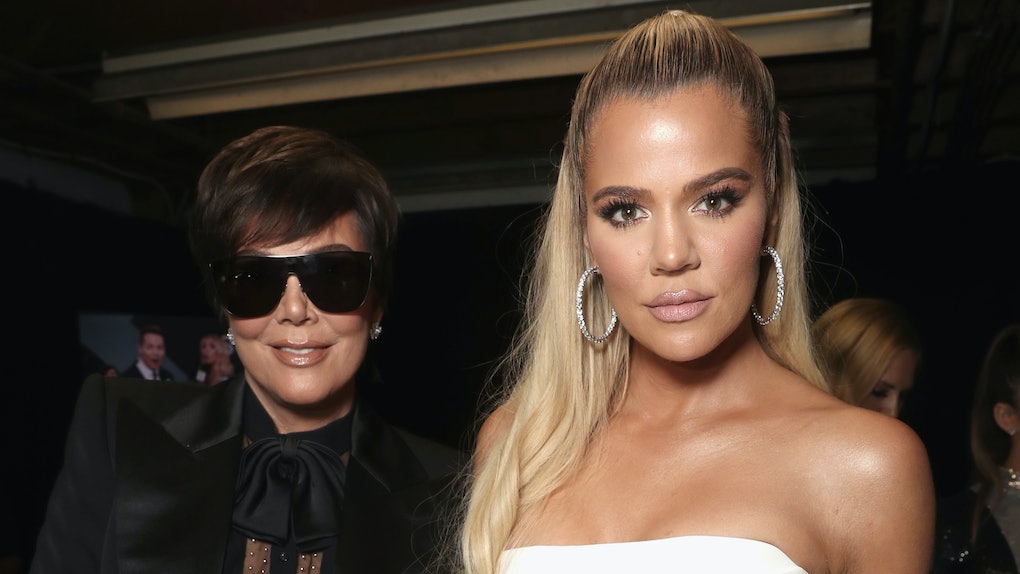 If you're looking for some great entertainment to spice up your quarantine, I would highly suggest watching Kris Jenner rave about her sex life to Khloé Kardashian and Kendall Jenner over lunch. The scene kicks off with Kris strutting into lunch late and asking her daughters if she has lipstick "all over" her face. Khloé says no and asks why. "Oh, we were just having a little make-out session in the car," Kris responds. "Is that too much? Is my shirt on right?"

Khloé chooses to ignore her mom and instead asks why Kris' boyfriend Corey Gamble wasn't joining them for lunch. "Corey had to go home and sleep because we were up all night," Kris responds, as Kendall and Khloé look back at her with what can only be described as disgust. "You know how that goes."

Then a restaurant employee offers the A-List ladies a piece of tiramisu on the house. Kris is into it. She takes a bite and says in a flirty voice, "I could rub this all over my body." At this point, Kendall is truly speechless. Khloé, on the other hand, just doesn't get why her mom would want to do that, exclaiming, "Ew! Why would you want to?"

Finally, Kris explains that she's just been feeling super sexual lately. "I cannot stop thinking about sex," she tells her daughters, later referring to tiramisu as a "sex dessert." When Khloé, like a classic embarrassed daughter, asks her mom to "stop saying sex like that," Kris responds like a true icon saying, "Why? It's not a dirty word." Then she screams "sex" in the restaurant and I've never been more here for anything in my life.

In a confessional interview featured in the same clip, Kris explains she feels badly that she's enjoying her relationship so much while her daughter is single. "Women go through different stages in life and I'm going through one of those stages where I cannot get enough of my boyfriend," Kris shares. "And it's a little unfair that I'm dating and having the time of my life and Khloé's not."

I mean, I don't know Khloé personally but I'm going to go ahead and venture to guess her attitude at the restaurant was less about being single and more about just being uncomfy with hearing her mom rave about her sex life.