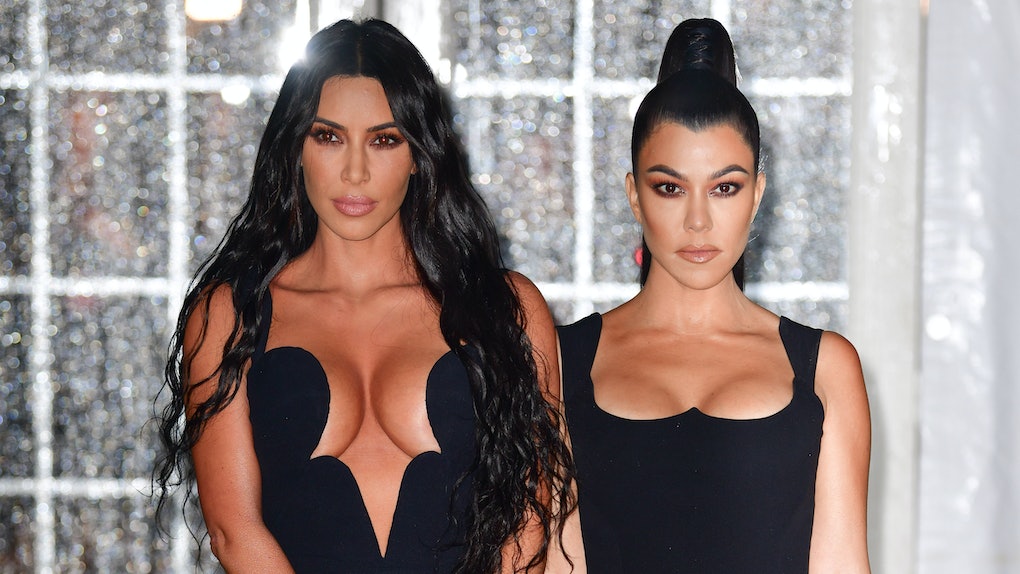 North West and Penelope Disick both have summer birthdays, so, of course, that calls for a joint celebration. But with a joint celebration comes some serious compromise, which, apparently, their mothers were unable to do ahead of the big bash. The new video of Kim and Kourtney Kardashian fighting over giving kids candy at the party is no joke.

The video teaser is for the Nov. 17 episode of Keeping Up With The Kardashians (though, the events documented in the episode happened in June). The tension in the clip was so obvious, as Kourtney and Kim were completely unable to see eye-to-eye about the party.

The reason? Well, the party had a super fun Candy Land theme, but Kourt and Kim completely butt heads over what type of candy to buy.

"So, have you thought of any ideas for the party?" Kim asked her sister during a car ride.

"I'm trying to do it somewhat healthy," Kourtney responded.

"It's Candy Land, Kourtney! It's not gonna be healthy," Kim responded in frustration.

The colorful, over-the-top bash was held on June 15, and it looked like there was plenty of candy in the building. But, apparently, Kim had to fight her sister on all of this sugar.

"It can be, [healthy]," the Poosh founder insisted. "It's not gonna be healthy, no matter what. Sugar's not healthy. But, I'm saying, let's not do the nasty stuff with food coloring and all, like, gross sh*t."

Things took a vicious turn when Kim put her sister in the hot seat.

"Then why does your car have leather seats? Why are you wearing plastic glasses?" she questioned. You can watch the uncomfortable and intense moment for yourself below.

Don't worry, though. Judging by the pictures from the party, Kim got her way, because there was candy galore.

Mass amounts of candy were actually the first thing guests saw when entering the girls' birthday party that day.

So, shout out to Kim for fighting the good fight so the kids could have ~real~ candy. She's not a regular mom, she's a fun mom. And when she yelled "I want a fun kids party with real candy!" at her sister, honestly, that was a whole mood.

More like this
Kourtney Kardashian & Travis Barker's "Pass The Phone" TikTok Is A Family Tell-All
By Abby Monteil
This 'Drag Race' Season 13, Episode 14 Clip Shows The Top 4 Getting SO Real
By Lexi Williams
Are Olivia Lux & Utica Dating After 'Drag Race'? Olivia Gave An Update
By Dylan Kickham
Stay up to date