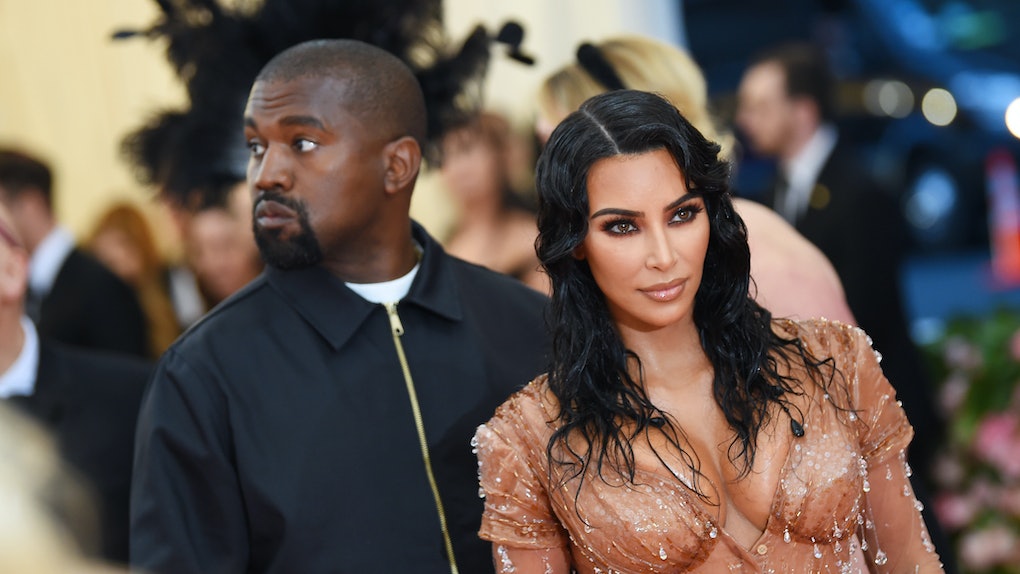 Three months after Kim Kardashian made a head-turning entrance at this year's Met Gala, she's giving Keeping Up with the Kardashians fans a behind-the-scenes look at her experience preparing for fashion’s biggest night out. While you'd expect the reality star to be an old hand at fashion's biggest night after attending the event for seven years in a row, this video of Kim Kardashian prepping for the Met Gala shows that the social media mogul gets nerves before a big appearance just like the rest of us. While I wouldn't go so far to say it's relatable (after all, not many of us can relate to getting dressed by a prestigious designer, let alone scoring an invite to the "First Monday in May"), it's definitely a side of the TV personality that fans do not get to see very often.

In a video shared to the Keeping Up with the Kardashians YouTube channel on Sunday, August 4, viewers get to take a step back in time and see Kim Kardashian prepare for her 2019 Met Gala appearance back in May. As a refresher, Kardashian wore a waist-cinching number from Thierry Mugler, who came out of retirement to create the look as his first design for The House of Mugler in two decades. The designer drew inspiration from Sophia Loren's wet dress in Boy on a Dolphin, and Kardashian has previously detailed how she suffered in the name of beauty to fit into the dress. Not only did her impossibly tight corset make her unable to sit or use the bathroom during the duration of the Met Gala, but she also said that she "couldn't breath" in the design.

In the YouTube clip, Kardashian opened up about the pressure of wearing the custom design and her nerves that she wouldn't do the piece justice.

"This is probably as nerve-racking as my wedding. I don't know why I get so nervous for the Met," she admitted to her beauty team in the clip. "Just 'cause there's pictures from every single angle."

Saying that wearing the dress was a "dream come true" despite the fact that she couldn't breath, Kardashian confessed, "It's a huge responsibility for me because he, I'm sure after not designing for 20 years, wants it to be something magical and special and new. I just want it to be perfect."

While the dress originally spurred some backlash due to claims that it was promoting unrealistic body standards, and a few fans even accused Kardashian of getting her ribs removed to fit in the dress, the KUWTK star previously got real about just how much pain she was willing to undergo in the name of beauty.

"I have never felt pain like that in my life," she admitted during an interview with WSJ Magazine. "I’ll have to show you pictures of the aftermath when I took it off—the indentations on my back and my stomach."

Say what you will about Kim K, but you have to admit that she goes big and fully commits when it comes to her sartorial choices, even when they're not the most comfortable ones.

Keeping Up With The Kardashians Season 17 premieres Sunday, Sept. 8 at 9 p.m. ET/PT on E!.

More like this
Kanye West's New Netflix Docuseries Sounds Epic, But Will It Feature Kim Kardashian?
By Brandy Robidoux
Rosé From BLACKPINK's "Gone" Music Video Is The Ultimate Sad-Girl Aesthetic
By Abby Monteil
What Does Taylor Swift's Vault Door Video Mean? Fans Are Decoding It
By Cianna Garrison
Stay up to date