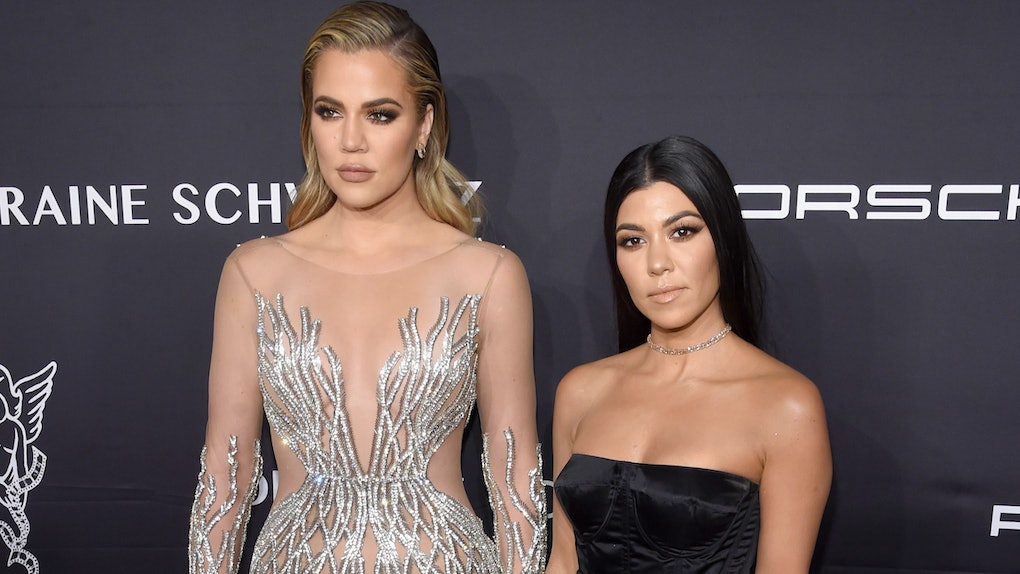 Sometimes personalities clash, especially when it comes to family. And that’s certainly true at times for Khloé and Kourtney Kardashian. In a recent episode of Keeping Up with the Kardashians, the two sisters shared some heated words about each one being a little too critical of the other. The fight, which was all captured on camera, raised eyebrows and tempers alike. But soon after, the sisters showed compassion for one another and made up. The video of Khloé and Kourtney Kardashian’s conversation after a huge fight highlights how committed they are to maintaining a great relationship.

Overall, the video itself covers quite a few conversations, from discussions about random photoshoots to the family’s trip to Bali. But it’s when they’re in Bali that Khloé and Kourtney begin to butt heads.

“Khloé, I was just thinking that you complain a lot,” Kourtney says at one point, but Khloé was not having it.

“What do I complain about? You’re saying I complain about True’s stuff when I asked the crew, ‘Oh, is she in there with her luggage?’ They said, ‘Yeah, everything is set up.’ How is that complaining if someone’s not telling me accurate information?” Khloé said in response.

Kourtney’s way of handling it was comparing their personalities. “I’m more, like, chill,” she said.

Soon after this comment, Kourtney told Khloé that she was “critical.” And that’s when Khloé flew off the handle and things got heated.

“I have no tolerance for Kourtney,” Khloé says when talking to her mom, Kris Jenner, about the whole ordeal. “It’s frustrating. It just annoys me that I let her rile me up. She doesn’t even notice that there’s an issue or maybe she just doesn’t care.”

Jenner, of course, gives her great advice and suggests the two kiss and make up, so to speak. And that’s exactly what happened. During a calm walk on the beach, Kourtney and Khloé talked their issues out to the best of their abilities.

The sisters made up pretty quickly and you can watch it all unfold in this video down below:

"I feel like we both get defensive,” Khloé said. “But I want to be able to communicate with you from a non-defensive place, where we could accept each other’s opinions."

Kourtney seemed really understanding and flexible. “I definitely want to be present. I appreciate your helping raise everyone’s kids,” she said. “I think it’s a nice thing to have multiple opinions, if it’s said in the right way. Like you said, it’s not what you say, it’s how you say it.”

Those words prompted Khloé to apologize. “Well, I’m sorry about my tone and I’ll definitely work on that. And I want to work on that,” she said.

So, these sisters absolutely took the high road and chose to communicate their issues rather than continue fighting, which is wonderful. No matter what you think of the Kardashians as a family, there is no denying that they’re always there for each other, even if they have squabbles every now and then. It’s really nice to see them coming together as a family. Good for them!