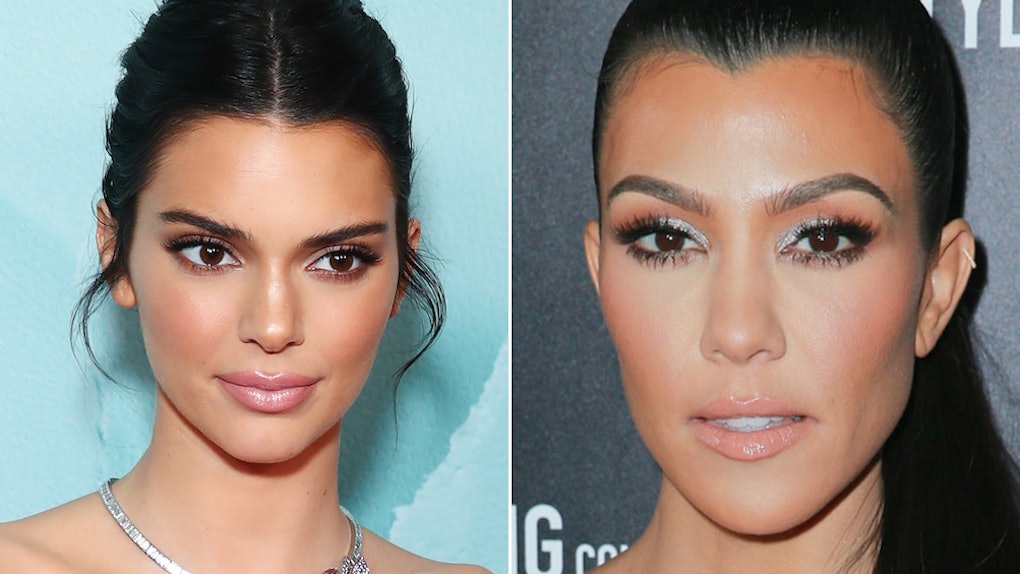 Season 15 of Keeping Up With The Kardashians showed Kendall Jenner and Kourtney Kardashian getting closer than ever. The two sisters bonded while Kourtney was in the middle of a bitter feud with Kim and Khloé Kardashian. Come Season 16, however, Jenner and Kardashian aren't getting along as well as they were last season. In a new clip from the upcoming episode of KUWTK, viewers learn of a skiing trip that wasn't as fun for some as it was for others. The video of Kendall Jenner complaining about Kourtney Kardashian shows that things aren't always sunshine and roses between the two.

Jenner and Kardashian have been spending a lot of time together over the last year. While Kardashian was feuding with Kim and Khloé, she spent a lot of time confiding in Jenner. At one point in the season, Jenner said Kardashian was her best friend, so things between the two sisters were really great. So good, in fact, that when the California wildfires started in 2018 and people had to evacuate their homes, Kardashian and her children stayed at Jenner's house (although, that experience didn't end on the most positive note). And this upcoming episode shows the aftermath of Kardashian joining Jenner and her friends on a skiing trip.

Speaking with Khloé, Jenner says in the clip that the trip wasn't as fun for Jenner as it was for Kardashian.

"This past weekend, Kourtney came with me and my friends on a ski trip," Jenner explains in a solo shot. "You know, Kourtney and I have been getting a bit closer over the past couple years and I love that she hangs out with me and my friends. But, to be honest, I felt like there were just some moments where she was a bit rude and it really started to get to me at a certain point."

"I just felt like she was trying to be cool in front of my friends and younger people that are cool at my expense," Jenner said to Khloé.

"Like when we were getting in the car," Jenner continues, "she sat in the middle because she's the smallest. She immediately put her feet up on my center console and mind you, it's like rainy and muddy outside. I was like 'Kourt, could you not put your feet up on my thing?' And she goes, 'Kendall, it's a f*cking vehicle.' And I go, 'So? Like I don't want your shoes all over my car.'"

Then Jenner goes on to demonstrate Kardashian's next action, which was to put her feet on the backs of the front seats' headrests. Cute, Kourtney. Real mature.

Jenner then tells Khloé that Kardashian acted like this again when they were about to start skiing. Apparently, Jenner was asking around for someone to put her car keys in a safe pocket, as she didn't have any with a zipper, then Kardashian teased her for being so worried about the key.

"Literally, how will we get home if we've lost the key?" Jenner says to Khloé. "And Kourtney goes, 'Kendall, chill the f*ck out. It's a key.' And then my friends, all of them, laugh with her."

That sounds like a hella annoying situation, and I totally get where Jenner's frustration is coming from. I'm the middle child of three sisters, so jokes being made at my expense around my friends is something I'm way too used to. I'm sure anyone with a sibling has at least one story like this one (minus, you know, the expensive ski trip and everything).

Jenner then tells Khloé that she hasn't addressed the issue with Kardashian yet, and that she's still upset about it. In a solo shot, Khloé says that Kardashian was in the wrong to act that way on the trip.

"I'm so annoyed with Kourtney," Khloé says. "She is supposed to be the older sister, but it just seems like Kourtney was bullying Kendall the entire time."

Also, I get that all of the Kardashian/Jenner siblings are close and everything, but why would a 40-year-old want to go on a trip with a bunch of 23-year-olds...? Well, we'll just have to wait to see how this drama shakes out!