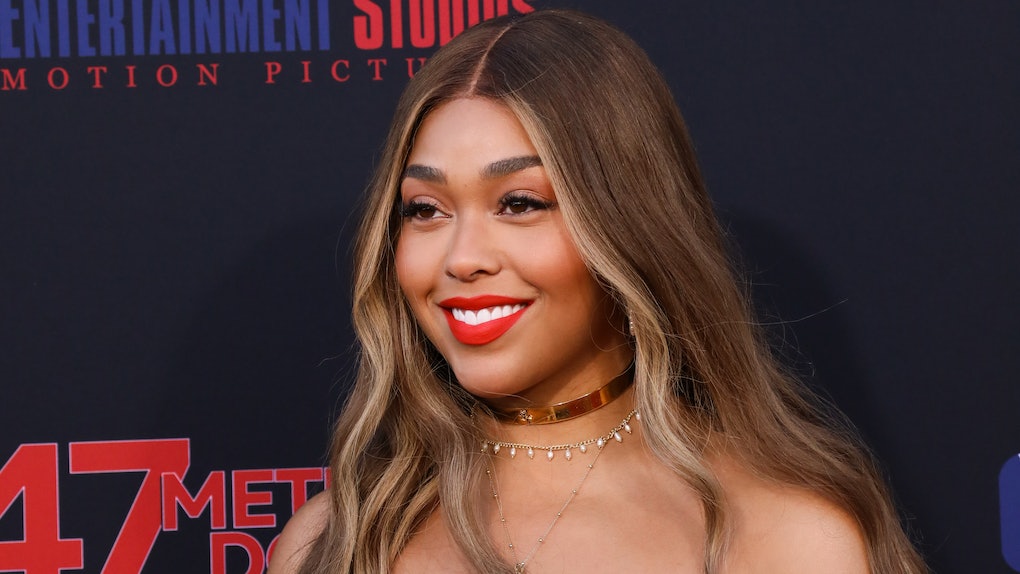 Jordyn Woods is hoping the truth will set her free. Months after she admitted to kissing Tristan Thompson at a house party in February while he was still dating Khloé Kardashian, footage of Woods' taking a lie detector test about how far the alleged hookup went aired on Jada Pinkett Smith's Red Table Talk. This video of Jordyn Woods taking a lie detector test about Tristan Thompson is a lot.

If you don't recall, Woods first went on Red Table Talk in March 2019 shortly after the drama with Thompson and Kardashian first unfolded to tell her side of the story. While recalling what happened that ill-fated night of partying, Woods revealed that Thompson did kiss her but said there was "no passion, no nothing." Woods and Thompson's teams did not respond to previous requests for comment on the scandal.

During their night out, Woods was also reportedly spotted sitting on the arm of a chair Thompson was in. While Woods acknowledged it wasn't the best seating arrangement, she slammed speculation she was doing anything other than sitting down next to Thompson.

But that wasn't enough for Woods to feel the weight off her shoulders. Woods took matters into her own hands and requested a lie detector test to prove she and Thompson did not have sex.

"Never," Woods told Pinkett Smith of rumors she slept with Thompson. "Never a thought, never a consideration, never happened, never will. And that's why I'm willing to be put up to the test."

See the outcome play out at the 19-minute mark below.

Her answer was a big fat no, and she wasn't lying according to the polygraph.

"You absolutely passed and I believe you're being truthful on the test," polygraphist Shon Thurman told Woods of her results.

Hours prior to Woods' lie detector test being aired on Red Table Talk, she posted a cryptic tweet about fighting a silent battle.

"A big shoutout to those of you reading this that are dealing with that silent battle within but still choose to walk through life with an optimistic attitude," Woods wrote.

Kardashian most recently addressed the situation between her, Woods, and Thompson in a lengthy Instagram Story post on Dec. 5, sharing that she has chosen to forgive both of them for the hurt they caused her. You can read her full statement below.

After people slammed her for forgiving Thompson, but seemingly still holding a grudge against Woods, Kardashian clarified that she had forgiven both parties.

So now that Kardashian has spoken out and Woods' lie detector test has publicly aired, fans can go into the new year with fresh eyes and focus their attention elsewhere, letting the two women move on with their lives and leave the drama behind.