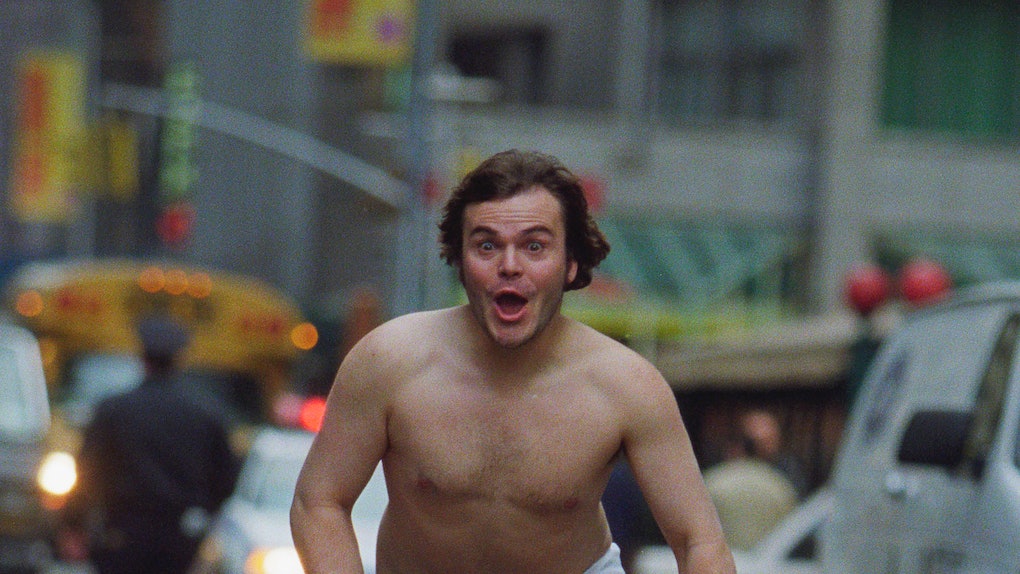 When Jumanji star Jack Black made a TikTok account in March, fans knew they could expect just about anything from the Hollywood jokester, but nothing could have prepared them for his interpretation of Cardi B and Megan Thee Stallion's song No. 1 song. The resulting video of Jack Black doing the "WAP" will leave you speechless for all the right reasons, making the dance extra "wet." Just don't try the stunt at home.

Stripped down to a skimpy swimsuit in what appears to be his backyard, Black let a hose go haywire while he slipped and slid around trying to get the choreography correct for the infamous TikTok trend that users around the world have attempted to perfect. You've got to hand it to him though — he nailed the dance just as well as the greats, wet pavement and all. From the leg kicks to the booty shakes, Black checked off all the essentials that make a "WAP" dance a modern ballet feat. He should've guest starred in the celebrity-filled music video, too!

It's not clear why Black took on the viral trend, but he simply captioned the video, "challenge accepted." His other videos on TikTok include POVs of him eating wings and lip-syncing in strange outfits, so the dance was a departure from his usual content. Who exactly challenged him remains a mystery, but fans are thankful for the gift nonetheless. The video has already amassed over 23 million views on TikTok, and that doesn't even count the number of times it's been watched on other platforms.

Several other famous TikTokers commented on Black's video, encouraging him and praising his moves. Viral singer Tiagz commented, "I think we have our winner," while KayCee Stroh from the High School Musical movies commented, "The king has arrived." No word from Addison Rae yet, though. She's probably practicing for a dance-off with Black now.

More like this
This Video Of Wonho Answering Trivia Questions About Himself Is Required Viewing – EXCLUSIVE
By Brandy Robidoux
BTS' "Butter": Release Date, Music Video, Performances, & More Details
By Michele Mendez
BTS' "Butter" Concept Photos Have ARMYS Searching For Clues
By Michele Mendez and Cianna Garrison
Stay up to date