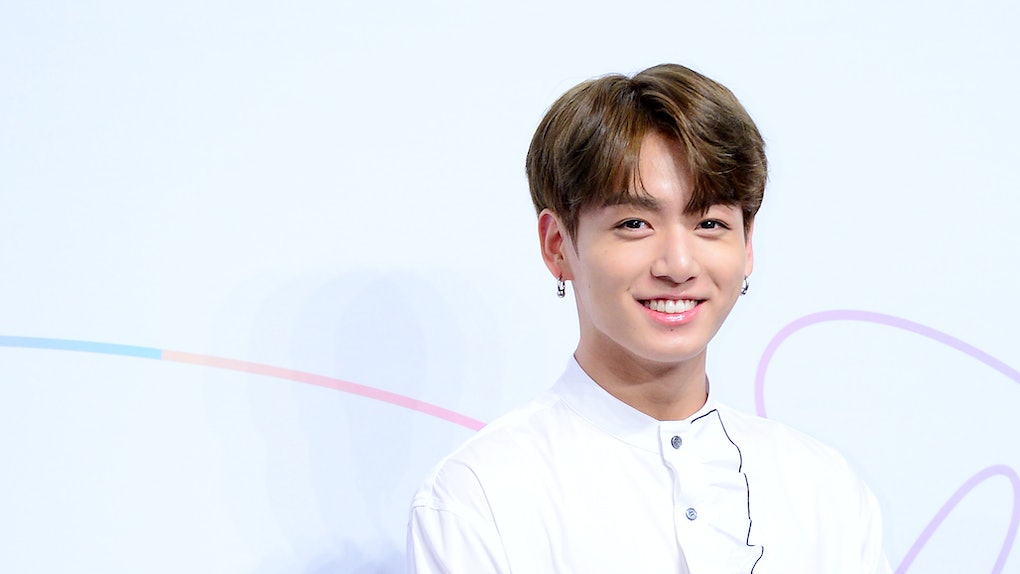 It’s basically been *years* of waiting for BTS fans to hear “Who” live. OK, OK, not years, but since the song was released on March 6, 2020, as a part of Lauv’s album How I’m Feeling, the BTS ARMY has been eager to hear the track, which features Jungkook and Jimin, performed live. Thankfully, it’s finally happened, and the video of BTS’ Jungkook singing “Who” live is life.

The news of the Jungkook and Lauv collaboration first sparked excitement when fans heard a teaser clip on Lauv’s website on March 4, 2020. In the clip, it was clear that Jimin and Jungkook were the special collaborators for the bop. The song's theme is all about love, and the track has a haunting vibe that Jungkook and Lauv carry out like their lives depend on it. It’s been a long time coming for a member of BTS to sing the track live, but it finally happened when Jungkook took to VLIVE on Saturday, Feb. 27. His solo VLIVE featured his cover of Pink Sweat$'s "At My Worst," a cover of Coldplay's "Fix You," and “Who," and fans ate it up.

In the VLIVE stream, he munched on some food and talked to fans a bit before he began singing through some songs after about 23 minutes. In the vid, he showed off his brown and blue ombre hair and a stylish black puffer jacket. It wasn't until about 32 minutes in that Jungkook sang "Who" live for the first time.

Twitter user @jeaonsflirty posted the clip on Feb. 27 along with the caption, "does anyone realized [sic.] that we just got who live????????? JUNGKOOK SINGING WHO LIVE."

Other fans followed suit, expressing their love for the first-ever live performance:

Those who missed the VLIVE are not happy:

While "Who" was definitely the highlight of the VLIVE stream, you can catch the entire 45-minute video here. And while you're at it, there are plenty of older live streams from the BTS boys on their channel.