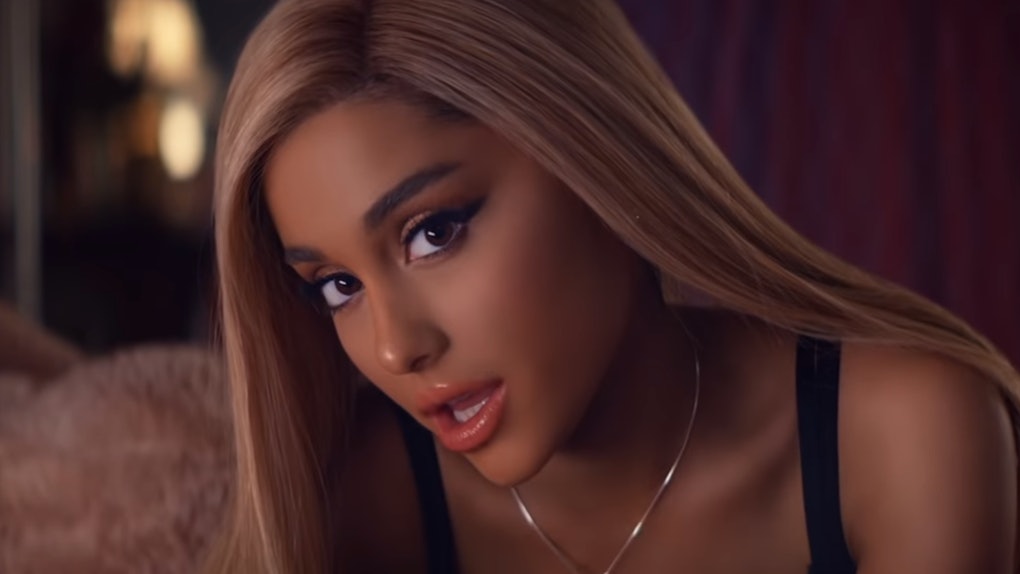 This Video Of Ariana Grande Saying "Thank U, Next" In 2015 Has Me Shook

Ariana Grande’s “Thank U, Next” is undoubtedly a smash. But a recently resurfaced video of the singer has fans questioning just how long Grande’s been crafting the song. In a 2015 video posted to Vanity Fair’s YouTube channel, Grande appears alongside Abigail Breslin, Billie Lourd, and Emma Roberts in a promotional interview for Scream Queens. The four ladies watch and discuss their favorite on-screen screams and at one point Grande calls out to the camera with a familiar phrase: “thank you, next!” The video of Ariana Grande saying “Thank U, Next” in 2015 will definitely put a smile on your face, and also make you question everything.

In the video, Grande and Breslin are discussing a horror movie scene during which a woman pretty much screams her head off. The two young stars talk about the quality of the scream as well as how the actress managed to produce such a bloodcurdling sound. Both Grande and Breslin agree that it’s a heck of a scream, but ultimately difficult to watch. And that’s when Grande unleashes the phrase she’s made so famous over the past few weeks.

“Thank you, next!” Grande calls out before the video moves on to show Roberts and Lourd discussing a different horror movie scream. All in all, it’s a very interesting moment of foreshadowing for the singer. Or maybe it’s just that she uses that particular phrase in her daily life and decided to finally make a song about it in reference to her exes. Whatever the case, the video is a cool find, indeed!

Fans recently started noticing the connection between Vanity Fair’s 2015 video and Grande’s 2018 song. And they’re all over social media talking about it. Some fans are totally shocked and amused that Grande said this three years ago. And others believe the song has been in the making for a while and Grande just needed a little push to drop it.

In any case, here’s what people on social media are saying right now on Twitter:

Grande appeared in a handful of episodes of Scream Queens only to be killed off in a bloody display that was, well, scream-inducing. In 2015, when the short-lived show was being hyped by pretty much everyone, creator Ryan Murphy sat down with E! News to discuss how he casts such big names in his projects, including Grande. Turns out that Grande and Murphy were huge fans of each other's work.

“Here's the thing: When you tell somebody, ‘I love you. I have always loved your work and I want to show people a different side of you,' it's sort of an interesting thing that in my case I've been very lucky where they're like ‘OK,'” Murphy explained. “That's what happened with Ariana. But, well, actually the truth is she was just obsessed with American Horror Story, like she was obsessed, so I think she just met me to ask questions about the new season to be honest!! [laughs] I really do.”

I guess being a huge fangirl has its advantages because it seems to have gotten Grande a gig — no matter how short-lived (see what I did there?)!