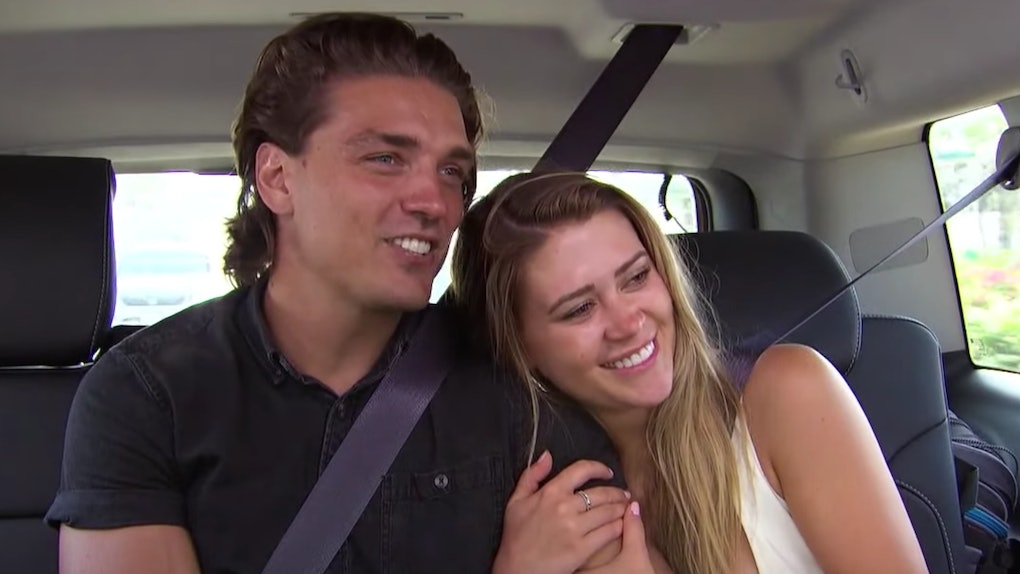 Season 6 of Bachelor in Paradise took a wild turn for Caelynn Miller-Keyes. She started out the season with her heart already broken by Blake Horstmann, and it seemed like Caelynn might not find love at all this season. And then, Dean Unglert arrived in Paradise. Dean and Caelynn hit it off immediately and even though they had a few ups and downs along the way, they rode off into the sunset together in the end. Now that the season has ended, this update about Caelynn and Dean's relationship will make you root for this couple even more.

It hasn't been all smiles for Caelynn and Dean along the way. In fact, Dean broke Caelynn's heart on her birthday when he decided to leave Paradise without her. Caelynn was pretty distraught over it... that is until she found a new flame. Caelynn went on a date Connor Saeli and it seemed like things were going well. But THEN... Dean decided to return to Paradise to tell Caelynn he did want to be with her. Caelynn chose Dean over Connor, and she accepted Dean's offer to join him in his life on the road. They both left Paradise early so that they could live out of Dean's van together.

After Caelynn and Dean left Paradise, they sprinkled social media with some hints about the state of their relationship. They posted identical Instagram photos, and it seems like they're on the same page about exploring life from the back of a van now. Dean wrote, "Sorry we had to leave #bachelorinparadise early, the vantasy suite waits for no one." Caelynn wrote a similarly happy caption, saying, "Lots of ramen, very few showers, and a whole lot of happiness."

Caelynn and Dean also tweeted a flirty exchange on Sept. 15. Leading up to the Bachelor in Paradise finale and reunion episode, Dean tweeted, "Really excited to be able to start tweeting about my girlfriend" and Caelynn teasingly tweeted back, "Why not start now..." It sounds like these two can't wait to be even more public with their relationship, which is exactly what they did during the Bachelor in Paradise reunion.

During the reunion, Caelynn explained that throughout her entire relationship with Dean, she was trying to protect herself because of his reputation as a bit of a player. But, she couldn't deny their strong connection when he returned, and so she left Paradise with him.

Chris Harrison asked Caelynn if she was happy that she left with Dean, and Caelynn replied with a smile. "I'm very happy I did. I've slept in the van a couple times," Caelynn said.

Caelynn went on to say that she s fallen in love with the van life. She said, "I love it. I'm surprised but I actually love it."

During the reunion, Caelynn posted an adorable Instagram of her and Dean and wrote, "We were never good at hiding our relationship... I’m happy we don’t have to anymore ❤️"