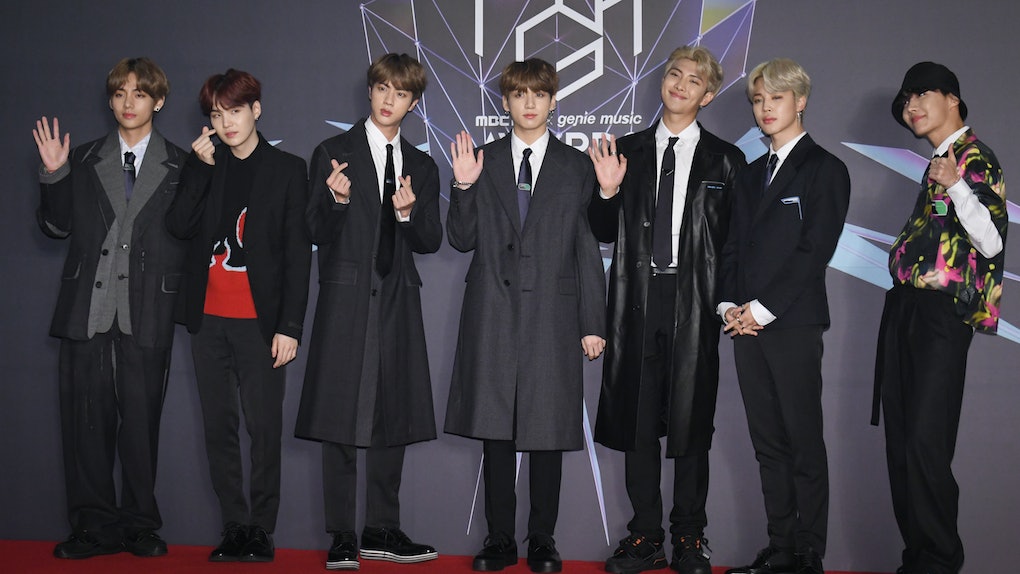 ARMYs never rest when it comes to creating theories about BTS' music. After Big Hit shared a series of "Butter" concept videos on May 3 and 4, fans got to work with decoding what the clips could possibly mean. They analyzed everything, from the colors and props, to the music and overall aesthetic. This theory about the songs in BTS' "Butter" concept videos is genius and proves why nothing ever gets past ARMYs.

It all started on April 28 when Big Hit shared BTS' "Butter" promotional schedule, which revealed the key dates when fans could expect teasers for the new single. According to the schedule, the promotions would begin with a teaser poster on May 1, followed by three days of concept clips from May 3 to May 5.

When the agency finally unveiled BTS' "Butter" teaser poster, fans paid close attention to see if they could find any hidden message behind it. The poster contained seven vintage-looking photographs. Right in the middle was a piece of toast with a heart on top. Beside it were random items like yellow balloons and a party popper. ARMYs soon discovered those props were connected to BTS' concept videos. The May 3 teasers, which belonged to Jungkook and RM, showed the guys interacting with the items, and the same thing happened on May 4 with Jin and Suga's videos.

ARMYs agreed the concept clips were super mysterious and one aspect fans couldn't figure out was the background music. With the first round of teasers, some fans thought the videos included a snippet of "Butter." But as it turned out, the song changed for the next set of teasers starring Suga and Jin.

After some digging, ARMYs discovered Jungkook and RM's teasers featured "2020" by IamDayLight, while the song in Jin and Suga's was "No Such Thing as Bad Press" by Bunker Buster. Since ARMYs think everything is connected, they believe the songs hint at what "Butter" could be about.

ARMYs will definitely be chomping at the bit to figure out the title of whatever song accompanies Jimin, V, and J-Hope's teasers on May 5, because that song's theme may be the final piece of the puzzle to understanding what, exactly, the message behind "Butter" may be.

Then again, maybe the titles have nothing to do with "Butter"'s theme at all. It wouldn't be the first time ARMYs were wrong about a theory. But until May 21, all bets are off! Keep the theories coming!