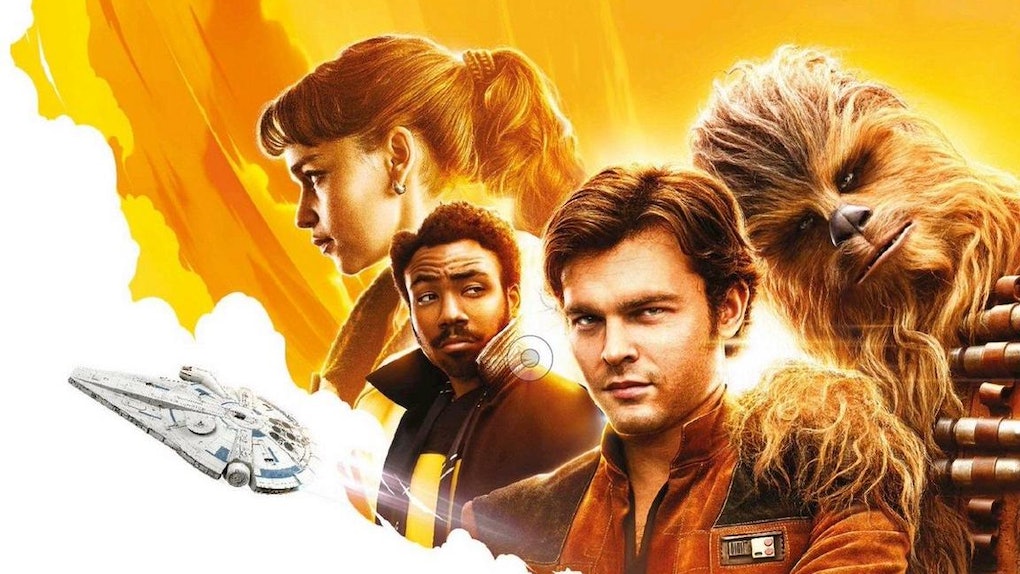 This ‘Solo: A Star Wars Story’ Deleted Scene Gives Us A Look At Han In The Imperial Army

Solo: A Star Wars Story got a bit of short shrift by audiences this past May when it was released. One of the complaints from the audience was Han Solo didn't feel much like Han Solo. For some of the more hardcore fans, it was also the changes to Han's backstory which bothered them, including a new explanation for his last name, and a bizarre failing out of Imperial flight school. Now, a brand new Solo: A Star Wars Story deleted scene attempts to at least explain why Han's trajectory in the Empire went so badly in the film.

The deleted scene is not the only one attempting to clear up some of the more perplexing choices made in Solo: A Star Wars Story. The novelization of the film by Mur Lafferty arrived in stores last week, and it filled in details left and right. When it comes to Han's time in the Imperial Academy, Io9 sums up the chapter:

Han ignores a direct order in order to the save the life of a squadmate during a flight exercise, which ends with him careening a ship into the hangar bay of a Star Destroyer. The poor boy is hauled before an Imperial Tribunal—featuring the Rosencrantz and Guildenstern-ian EU characters Tag and Bink, who were once going to be in Solo but were cut—and promptly shipped off to do grunt work on Mimban.

The deleted scene follows this almost to the letter. Check it out.

It's obvious why this scene was cut for time. The move already has a dialogue where Han says he was thrown out of the academy for "having a mind of my own," a line then repeated in nearly every trailer. This scene takes two minutes to say when one line does in 10 seconds.

But the scene is awesome and re-emphasizes something the movie didn't explain well, which is how much of a rebel Han really is. In the final cut, Han's moments of defiance are all done with cause, to escape with Qi'ra from Corellia, or to help save his friends, or to help jumpstart a rebellion. The film forgets Han's impulsive roguishness is what made fans love him in the original Star Wars film. This adds it back in.

Unfortunately, this is the only part the book fills in also included as part of the deleted scenes. The book's other significant backfill is not included. It focuses on Qi'ra's life after Han is forced to leave her behind. It details how she was sold into slavery by Lady Proxima, and then sold again to Dryden Vos, who took a shine to her after she nearly murdered her way off the ship several times.

It also confirms what many suspected: Qi'ra does not realize Darth Maul is force sensitive or part of the Dark Side until she's already made the phone call at the end of the film.

Still, the Solo: A Star Wars Story DVD and Blu-ray will be a welcome addition to any hardcore Star Wars collection. It arrives in stores Sept. 25, 2018, and is available for pre-order now.