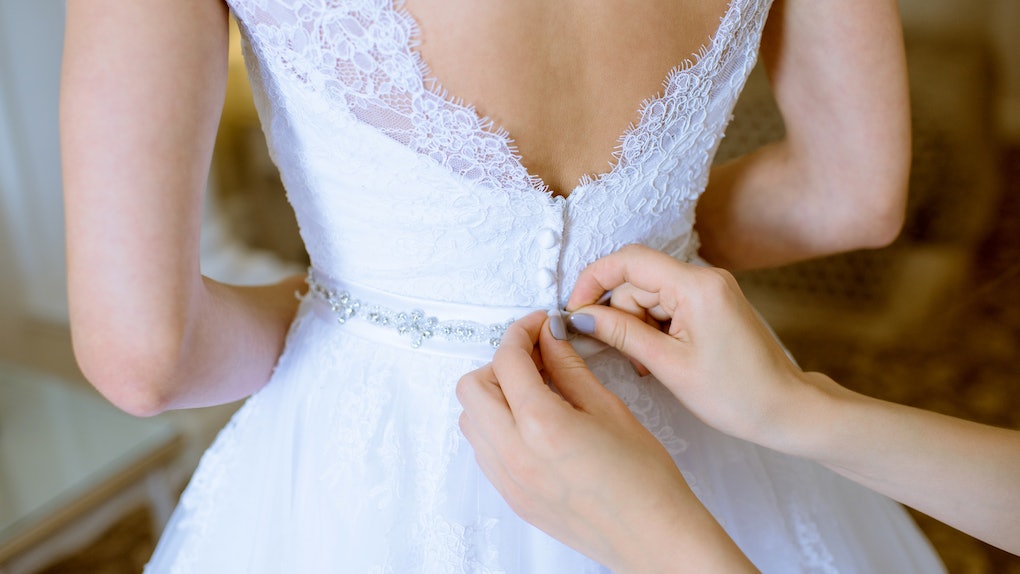 Get your tissue box out. This Reddit thread about a bridesmaid with cancer being forced to wear a wig to an upcoming wedding, even though she doesn't want to, is an intense rollercoaster. The story comes from a screenshot of a Facebook post that a Reddit user posted on the Bridezilla sub-Reddit on Sept. 9.

"My best friend is getting married in two weeks," the claim began. "She asked me to be a bridesmaid last October, way before my cancer diagnosis. Since being diagnosed I have lost my hair, including eyebrows and eyelashes."

Here's where things start to take a turn.

"She keeps making comments about getting a wig for her wedding," she explained. "On a daily basis I just rock my bald head, and it is not financially feasible or practical for me to purchase a ‘good’ wig just for her wedding."

The bridesmaid explained she wasn't sure how to confront her friend, especially since her friend didn't appear to seem that supportive of her situation. "I don’t know how to bring this up to her. I understand she doesn’t want me bald, but it’s who I am right now," she continued. "She also dropped the bomb that the girl she hired for makeup is going to cost me extra because ‘she will have to put in extra work on you.’"

Though she wondered if she was wrong for feeling like "this is completely unfair," the bridesmaid concluded by admitting she'll probably give in to her friend's wishes. "At the end of the day I’m going to suck it up and buy a wig (probably won’t be up to her standards) and pay extra for the make up, but I feel like I am being punished because I have cancer," she wrote.

Luckily, people on Reddit were far more understanding than, it seems, the bride-to-be has been. "This is horrible!!!! Shame on the bride," wrote /u/debbie_1420. "I could never and would never do this to someone, and if I were the bridesmaid, I would drop out of the wedding."

"I don’t feel you should have to wear a wig," added /u/momfortwo. "I would tell the bride you do not wish to buy a wig and if she isn’t happy with you being bald or wearing a scarf. You would have no problem bowing out of the wedding."

"If she was truly your best friend, she wouldn’t be so snobbish and stuck up about something that is not only out of your control, but is also life-threatening," wrote /u/black_dragonfly13.

Another user, /u/BritAllie8 straight-up wouldn't even attend the wedding. "This woman is not your friend, but you don’t need me to tell you that," they wrote. "I wouldn’t attend, and if I knew she had acted that way toward anyone I knew, I would put her on blast using her own words."

This reported story is awful. Hopefully, the supportive responses on Reddit will encourage the bridesmaid to speak up to the bride. Regardless of what happens, this bridesmaid's claim should serve as a reminder to treat your friends and family with nothing but kindness, respect, and love.