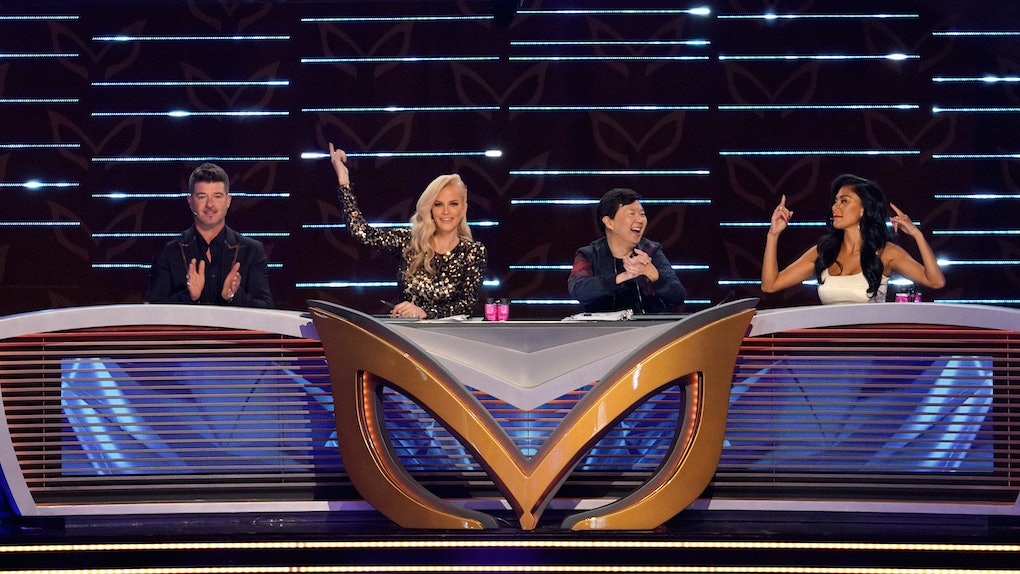 The Masked Singer, 2019's most absurd reality show, so coming back for a second season in September. (There will also be a third season kicking off in February.) For fans who cannot get enough of the series, that means two more seasons of C-level celebrities, of various levels of singing talent, dressed up in utterly ridiculous costumes. Those costumes are what sold the show back in January of 2019. And they're what's selling the show again. The new Masked Singer Season 2 promo puts several of these looks front and center, as the judges attempt to make head or tail of what they are watching.

The announcement that Season 2's premiere date and Season 3's Superbowl-timed kick off in 2020 revealed several Season 2 costumes. From the Eggcellent Egg to the Flamenco Flamingo to the Boneshaking Skeleton, these are almost certainly the contestants who will be first (or furrrs) out of the gate come the new season premiere.

But the new promo goes on beyond zebras. There's an eagalitarian looking Eagle, a Spider ready to hit the web, and a Muppety Monster who Sesame Street probably wouldn't rent to. (Listen, rent control prices at the 123 Sesame Street building went through the roof once it moved to the tony HBO neighborhood.)

Check out all the newest creatures and critters who plan to sing for their supper.

Let's run down all the looks so far from The Masked Singer Season 2. Here are the ones fans had seen already:

Here are the ones previously announced, but this is the first time seeing them:

And here are the new looks angling for your votes:

Despite the long list, this is still not the full complement of contestants. The trailer shows 14 costumes in all. But the synopsis reads as follows:

In the show’s second season, 16 new celebrity singers will don full masks and costumes to battle it out while remaining anonymous to the panelists, the audience, and each other. Returning panelists include Jenny McCarthy, Ken Jeong, Robin Thicke, and Nicole Scherzinger. Nick Cannon will also return as host of the show.

Why the show is still holding back two of Season 2's looks remains to be seen.

Along with the new Masked Singer contestants, Season 1 winner, T-Pain, will return to the show in Season 2. He will be sitting in as a "special panelist appearance" to help the judges figure out the competition. One assumes he will not be turning up in costume or performing on stage. But considering the way The Masked Singer works, one should not discount anything.