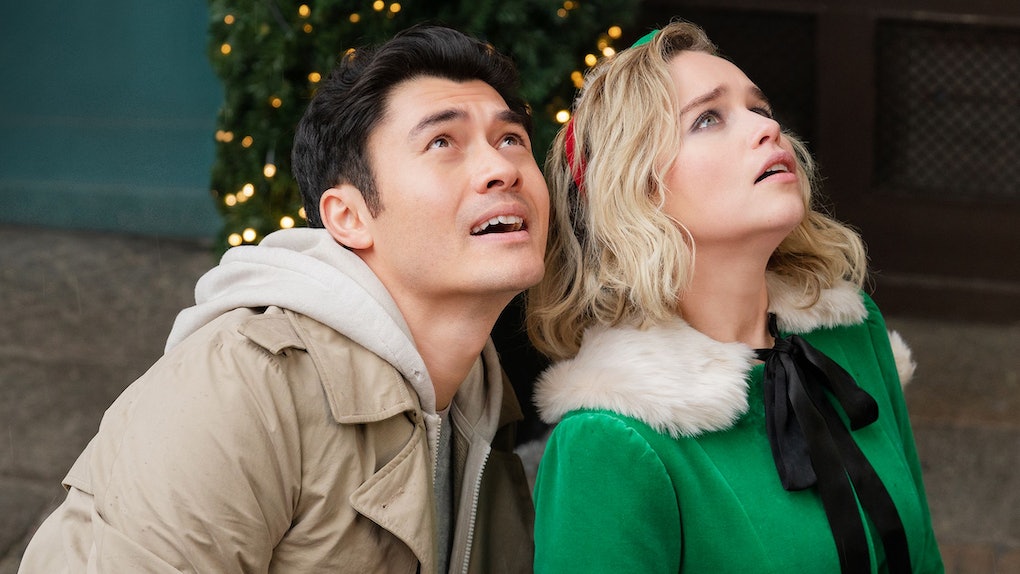 The romantic comedy made a full-scale comeback in 2018, starting with Netflix's The Kissing Booth and ending with Crazy Rich Asians doing a slow burn at the box office. A few movie makers were ready to follow up with films like The Long Shot. But most have been scrambling to get a movie out in time to take advantage of audiences' appetites for love. The latest one, Last Christmas, combines romcom, tearjerking, holiday spirit, Emilia Clarke, Henry Golding, and George Michael for a heady combination. The newest Last Christmas trailer suggests this recipe might create the hit of the season.

The title Last Christmas comes from the George Michael song of the same name. Artists of all stripes have covered one of the very few modern holiday classics that has been ushered into the pantheon of traditional carols since it's release in the mid-1980s.

But the movie isn't just referencing one of the late George Michael's songs to holiday effect. The entire soundtrack of the film is based on his hit singles from the 1980s and 1990s. The trailer makes good use of them too, giving the clip a great medley of pop hits while giving viewers an earful of why this film should be part of their November plans.

When the original trailer for Last Christmas came out, fans were immediately suspicious that there is a twist hiding in plain sight. It's understandable this would be the case. Clarke spent 10 years of her career starring in Game of Thrones, which was all about the unexpected twists.

Speculation has run rampant about Henry Golding's character Tom. In the original trailer, it seemed like no one else ever seemed to see him outside of Kate (played by Clarke). This suggested he could be dead, or perhaps an angel come to visit her at Christmas and help inspire her to solve her life.

This trailer does little to dispel that notion, though it should be noted that Michelle Yeoh's character, Kate's boss, says "I like this man." Though that might suggest she's met him, she could just be reacting to Kate's stories about her new unseen friend.

But there's a second theory this new trailer lends itself too, and that's the endless shots of Kate on a gurney being wheeled into a hospital. Unlike the original trailer, which only showed a single shot of that, this new trailer shows it happening multiple times. Each one is interspersed with the story at hand. That suggests a different take on the subject altogether, one where it's not just Tom who is a figment of Kate's imagination.

The title is Last Christmas, suggesting that this is the final holiday for someone. Could this be Kate's "Last Christmas"? Call it a Jacob's Ladder story, where she's putting her world and her bad deeds to rights just before her final moments on Earth this holiday season.

If so, then this might be a heartbreaker of a Last Christmas indeed. Maybe be on the safe side and pack tissues.