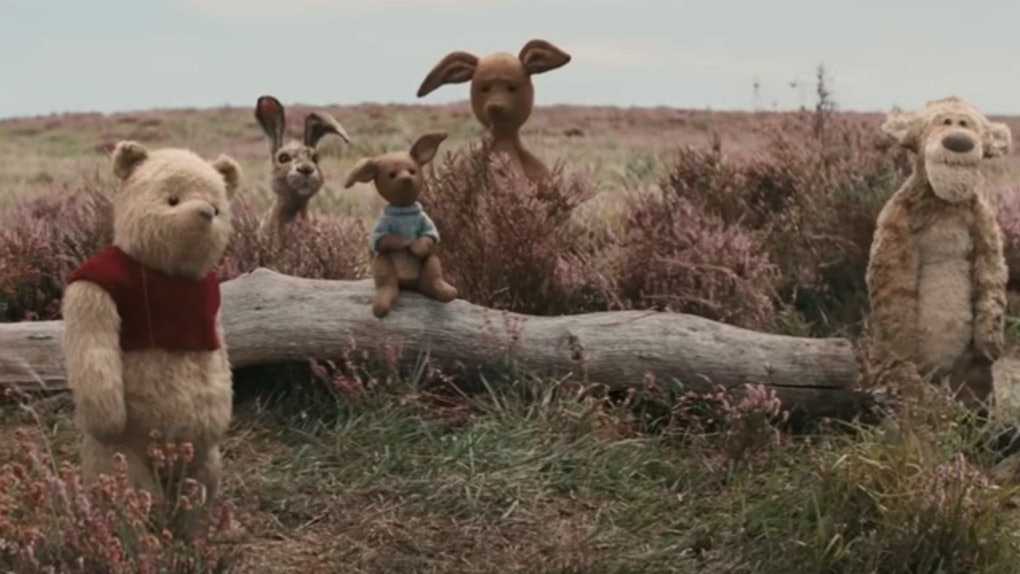 This is a decade of different for Disney. The House That Mouse Built has expanded to encompass both Marvel and Star Wars. The company once famous for their animation has mostly left the new cartoons to Pixar, while they have started dipping into the back catalog of "classic Disney" to remake their known properties into live-action films. But even so, not all their live action offerings are frame-for-frame recreations like Cinderella and Beauty & The Beast, as the new Christopher Robin trailer shows.

Not all Disney's live-action remakes have been straight-forward. Maleficent, for instance, retold Sleeping Beauty from the point of view of the main female character who doesn't spend lots of time napping. Snow White & The Huntsman made the titular princess into a warrior.

But the new Winnie The Pooh, now named for the human character Christopher Robin, goes for a completely fresh angle, one proven to work for Pixar in Toy Story 3. Instead of focusing on the childhood dream of the 100 Acre Wood, Disney asks what happens after Christopher Robin grows up, puts his stuffies away and moves to London to have children of his own?

The resulting trailer is as sweet as honey and will make you want to revisit your own childhood.

Ewan McGregor plays the adult, overworked and slightly befuddled Christopher, suddenly found by his old companion because he's needed to save all their friends. According to the synopsis:

In the heartwarming live action adventure Disney’s Christopher Robin, the young boy who shared countless adventures with his band of lovable stuffed animals in the Hundred Acre Wood is now grown up and living in London but he has lost his way. Now it is up to his childhood friends to venture into our world and help Christopher Robin rediscover the joys of family life, the value of friendship and to appreciate the simple pleasures in life once again.

Hayley Atwell, who's mid-century haircut is way too close to Peggy Carter's (not to spawn crossover fanfic), plays Evelyn Robin, who, from her very short presence in the film, looks to be a major Pooh supporter. And of course, all the 100 Acre Wood friends are there. Winnie the Pooh and Tigger, it should be noted are voiced by Jim Cummings, who has been voicing the lead character in all of Disney's Winnie The Pooh films since the mid-1980s.

The rest of the CGI stuffies include some very well known British actors including Toby Jones (Dobby in Harry Potter) as Owl, Peter Capaldi (Doctor Who) as Rabbit and Sophie Okonedo (The Hollow Crown) as Kanga.

With so much CGI, this is technically not counted as part of the Disney live-action remakes, but the truth is audiences won't know the difference. The question is if they will turn out for Pooh and friends, along with what could be something of a reboot for the entire franchise, starring Christopher Robin's daughter Madeline (played by newcomer Bronte Carmichael).

The characters and McGregor certainly have an old-fashioned appeal, but it only makes the soundtrack to the trailer (“One Foot” by Walk the Moon) that much more out of place. The idea is apparently to reset the adventure into something like the present day, but the 21st century pop against the midcentury looking characters is, on the whole, a bit jarring.

Tickets go on sale today for the film, so long-range estimates for box office numbers should be out by the end of the week. Hopefully, Pooh and friends will rise up and fly into theaters like they were tied to the biggest red balloon.