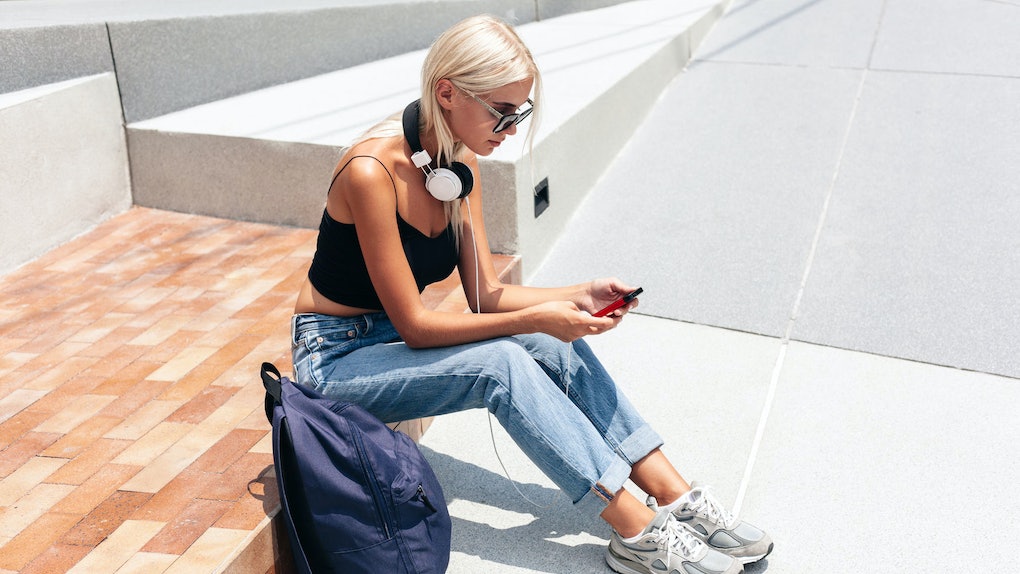 This Is The Worst Text To Send Your Partner When You're Mad, According to Experts

Here’s how it tends to go down: You notice that your partner left the kitchen messy this morning before they went to work. Or maybe they’re late to pick you up for dinner again. Or perhaps they had to bail at the last minute on a party you two agreed to attend together. Whatever it is that sets you off, you can’t help but reach for your phone — and because you're fuming, you begin to type the worst text to send your partner when you’re mad. You’re not even really thinking about what you’re typing, because your evolutionary survival instinct has set in and rage has taken over your fingertips. But the reality is that you should be thinking very carefully about what you text. The words you use could not only impact how your partner responds to the issue, but also the fate of your relationship in general. Let that sink in: Even one quick text can have an impact. So, you want to choose your words wisely.

Obviously, there’s no formula for the perfect text to send when you’re mad. After all, every individual and relationship is different, which means that the right text looks different for everyone. What you say to your SO when you’re fuming ultimately depends on the situation at hand. Still, there are certain things that you want to avoid saying at all costs. Luckily, Chris Armstrong, the founder of the relationship coaching company Maze of Love, has offered up his expertise on the subject.

According to Armstrong, the worst text you can send when you’re mad is anything in the form of something that sounds like an ultimatum, like, “If you leave dishes in the sink one more time, it’s over," or, “Either come to this event with me, or I can’t be with you.”

While an ultimatum will certainly get the message across that you’re angry, it also inherently feels like a threat (and often an empty one at that). It also puts a lot of pressure on your partner, and the truth is, there are plenty of other ways to express a boundary or need without resorting to an ultimatum. When you pose one, one of several things will likely happen, according to Armstrong. Either your partner will see through the threat and call your bluff, they'll accept the ultimatum (and potentially resent you for it), or they'll reject it and you'll have to part ways over that issue.

“Avoid phrases that put them in a proverbial corner with nothing to do but escape,” he adds.

The bottom line is this: A text conversation is no place for serious statements like these, because so much is lost in a discussion where you can't see your partners face, hear their tone of voice, or read their body language. When you're really struggling with a partner's behavior that you feel could damage your relationship, set aside some time to talk with them about it face to face.

In addition to ultimatums, Armstrong says there are other words and phrases that are best to avoid over text.

For example, he recommends never using the word “hate” directed toward your partner.

“Hate is a very difficult word to come back from so once you say it, apologies aren't always going to be enough to get past,” he explains.

Accusatory phrases aren’t a good idea, either. “Accusations via text are surefire ways to elicit anger and retaliatory accusations or curt denials,” says Armstrong. “I always ask clients, ‘What is the point of making an accusation via text?' The answer is usually to either give the accused an opportunity to let it sink in or to avoid direct confrontation. Accusations via text may avoid direct confrontation in the moment, but an accusation with an immediate opportunity to rebut will build up and that eventual confrontation will be far worse.”

Ultimately, the most effective way to address something that bothers you is to do it face to face. In fact, 2013 research published in the Journal of Couple & Relationship Therapy revealed that using text messages to work out differences was associated with lower relationship quality.

However, if you know you aren’t going to see your partner that day, or are afraid that you might avoid confronting them entirely if you wait too long, there are some texting tactics that can help you to bring up the issue without it blowing up in your face.

Armstrong suggests always starting with one of these key phrases:

These phrases establish good intentions on your part and show some understanding and empathy for their point of view. It’s always a good idea to reiterate that you’d ultimately like to discuss the matter face-to-face.

It can also be effective to use the format “I feel ___ when you ___.” For example, instead of accusing them of never being on time, you could say, “It bums me out when you’re frequently late because it makes me feel like these plans don’t matter to you.”

Essentially, the idea is to focus on explaining the pain you feel, instead of hurling accusations. When you're PO'd, it can be tempting to send an angry text to your partner to let them know how they've affected you. But before sending hitting send (or even typing) anything, pause, take a few deep breaths and consider what your end game is. In other words, what are you trying to accomplish here?

If you want to bring an issue to your partner's attention in hopes that they can change a particular habit, behavior, or tendency, then you definitely don't want to put them on the defensive or shame them in any way. A simple, "Hey, this kind of bugged me — can we talk about it later?" will open up the line of communication so that your SO has time to consider how their actions have affected you, collect their thoughts, and discuss the problem with you in a calm, clearheaded manner.

Remind yourself of all the positive aspects of your relationship, which can be easily forgotten in the heat of the moment when you're fuming about something. If you and your partner are truly dedicated to making your relationship work, you'll find a way to resolve whatever's bothering you — whether it's over text or not.