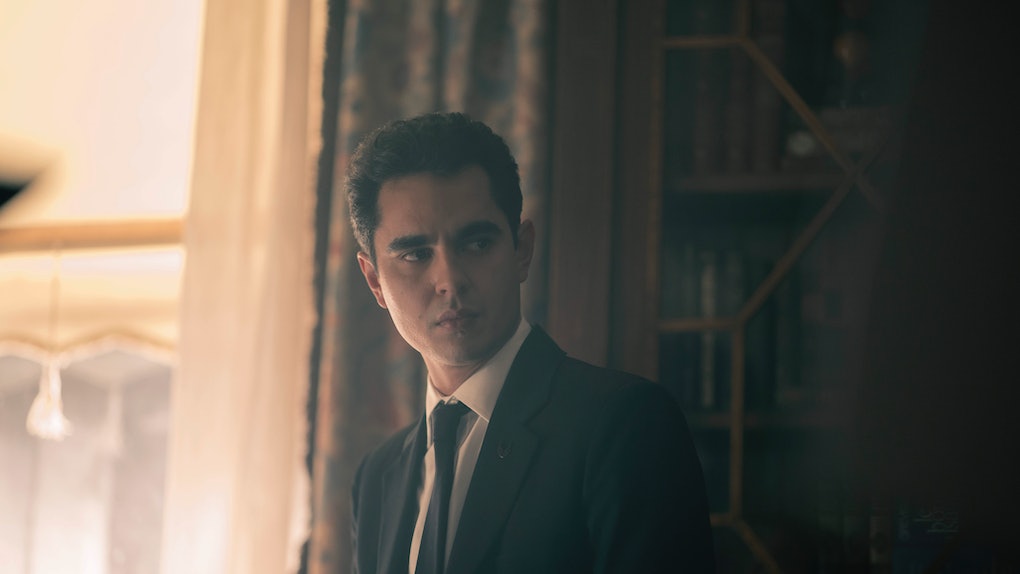 The Handmaid's Tale Season 3 was spread far thinner than the first two seasons with the breakup of the Waterford household. Despite no longer all living in the same house, the show did manage to keep track of most of the former residents. The Waterfords went to D.C. to try and get Nichole back. Rita stayed on as Mrs. Waterford's personal Martha. June did her June thing with the Waterfords and the Lawrences and once rather fatally with Commander Winslow. But two characters disappeared: Nick and Hannah. Now this Handmaid's Tale theory about Nick and Hannah suggests their disappearances are possibly related. Warning: Spoilers for The Handmaid's Tale Season 3 follow.

June refusing to leave Gilead at the end of Season 2 was all about Hannah. Though she had the opportunity to go, she couldn't bring herself to leave her older daughter behind, especially after the secret meeting with Hannah in the abandoned house. The girl all but accused her mother and father of leaving her. June couldn't let that be true.

But this meant June went a little overboard this season trying to see Hannah. Her crazed behavior alerted the MacKenzie family (Hannah's adopted family) to June's existence. Commander Lawrence's wife did her best to help June, but her inability to play the game set up red flags everywhere. And when June's walking partner, Ofmatthew got wind of what June was trying to do, she tattled. The next thing June knew, Hannah and the MacKenzies were gone.

It was a triggering moment bringing June back to the moment Hannah was taken away the first time:

But Hannah wasn't the only one who disappeared this season. Nick was shipped off to Chicago, where Gilead was fighting to put down the most significant rebellion against their rule so far. From the moment Nick disappeared, fans wondered if he would return and how. What they weren't expecting was a mic drop about how Nick had been before he met June.

During the trip to D.C., June met with emissaries from Canada and Switzerland, trying to keep the Waterfords from getting Nichole back. But her argument that Nick was the child's father held no water. The emissaries were horrified to learn this was Nichole's father and insisted June was demanding a war criminal of the highest order speak for her child.

Serena Joy was no help in explaining what Nick had done, only to suggest he was someone directly responsible for Gilead's fall. "Didn't he tell you?"

No, he did not. And now, one Redditor believes they know why:

Could Nick have been the Eye who originally stole Hannah away from June? Did he put two and two together as their relationship went on? (Perhaps after seeing Hannah in Season 2?)

It could explain why Nick has stayed away from returning to June in Season 3 after his trip to Chicago. If she ever realized he was the one who took Hannah from her, she would never forgive him. Not unless he was the one who found the MacKenzies and Hannah, and brought her back to her mother.