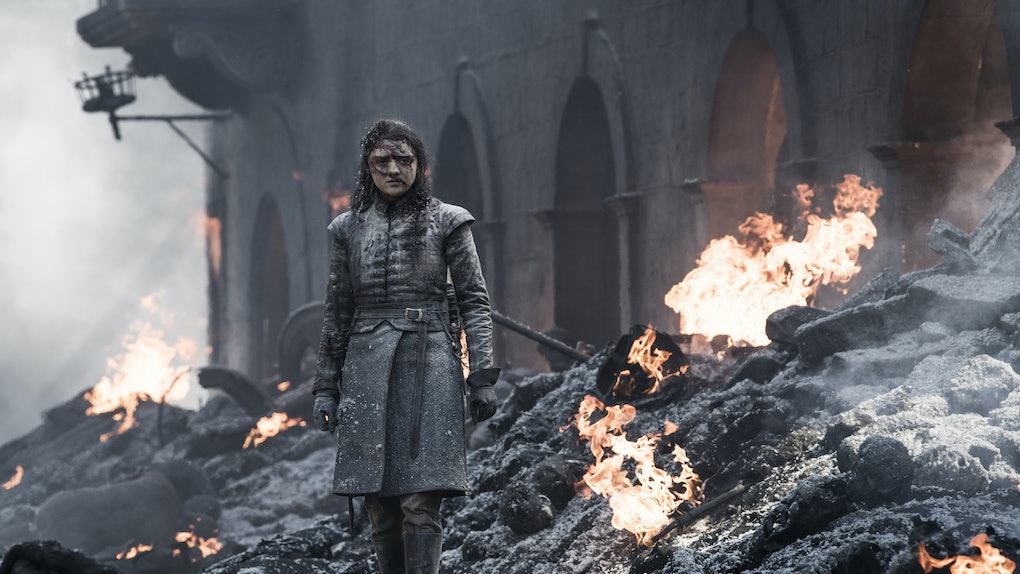 When Game of Thrones came to an end back in May of 2019, fans were astounded by the final twists. After years of believing Daenerys Targaryen would rule Westeros, she was dead. After so many years of thinking Jon Snow's parentage meant something, it didn't. Most bizarrely of all, rule of Westeros was split among the Stark family — Bran to the South, Sansa to the North, and Jon Snow to the far North — while Arya sailed West of Westeros. Fans weren't ready to say goodbye, and based on this Game Of Thrones behind-the-scenes video, neither were the actors when the time came.

Another shock when the show ended: There were no behind the scenes videos that followed. This also meant any footage of the actors and their final days on set didn't air either.

The documentary that followed, Game of Thrones: The Last Watch, filled in a little bit of what fans were seeking, showing Kit Harington (Jon Snow) and Emilia Clarke (Daenerys Targaryen) final takes. But Harington's speech was cut short. Clarke's was not shown. Sophie Turner (Sansa Stark) and Isaac Hempstead-Wright (Bran Stark) final scenes were confirmed, but no footage was included. As for Maisie Williams (Arya Stark), no one even discussed what her last scene was.

Now, a mysterious clip has surfaced, featuring some of those missing moments.

It's not clear exactly where this clip is taken from, but the footage of Clarke interviewing about the show's end is a mighty big clue, because it matches all the other behind the scenes interviews she did this season on the Inside The Episode and Game Revealed clips. Though Game of Thrones certainly didn't invent the Inside the Episode format of showrunners and actors breaking down their decisions, these little featurettes were something of a Monday morning quarterback ritual after watching the episode, and the longer Game Revealed ones could sometimes run as long as 40 minutes.

But not for the finale, which is why fans were unsure if the show had even made them. This clip suggests that the series did indeed record at least an Inside the Episode segment, if not a Game Revealed as well. Most likely these are being held as part of the DVD/Blu-ray release.

But there is one piece of info to be gleaned from this. Fans now know what Williams' last scene was.

Game of Thrones does not film in order. This is obvious from Clarke's final scene, where she is clearly on a Winterfell soundstage set, making her final scene one that occurred before Season 8, Episode 3. Harington's last scene comes early in the Season 8 finale, the argument with Grey Worm.

But most knew Williams was the last one to finish filming, and her final cut marked the end of Game of Thrones filming forever. To commemorate, she posted these bloody sneakers, mystifying fans. Now viewers have it confirmed with this video. The last scene ever filmed for Game of Thrones was the Dragonfire aftermath in King's Landing, Arya Stark climbing astride the white horse and riding away.