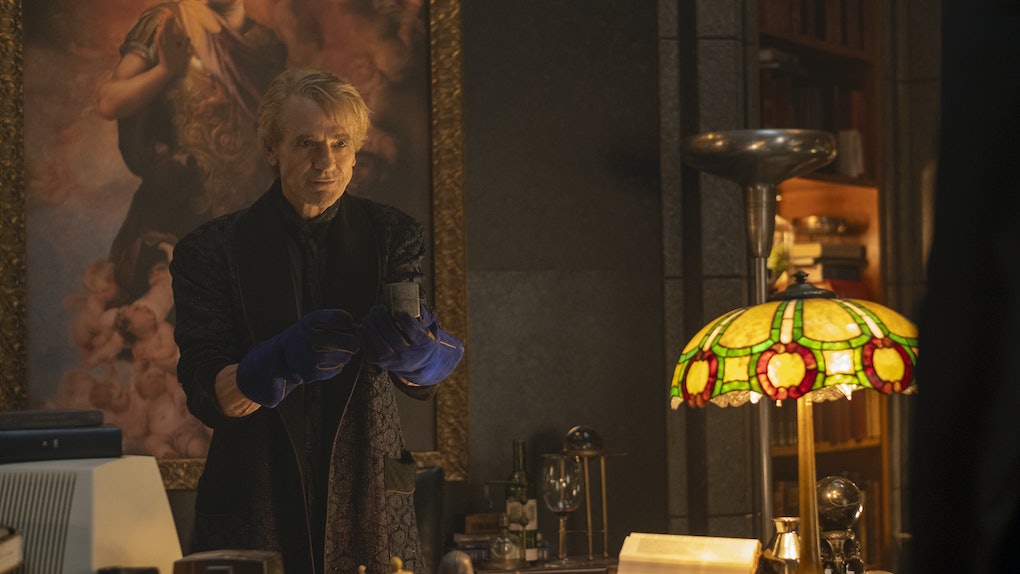 Watchmen has been a veritable storm of in-world easter eggs and references ever since it premiered with a squid shower. For those who are deeply familiar with the original comic run from 1985, spotting the references is a game within itself. But what the show hasn't done is make a lot of references to the 2009 Watchmen movie. On the one hand, fans aren't surprised, Zack Snyder's film was a flop. But on the other, it does seem a little strange the show wouldn't reference it at all. That's why the latest Watchmen Season 1, Episode 8 easter egg caught most fans by surprise when it directly called out Snyder's film. Warning: Spoilers for Watchmen follow.

Fans have argued that American Hero Story, the TV show within the TV show, has somewhat referenced Snyder's 2009 film. The herky jerky-ness of the camera shots during the fight scenes, the brightly colored costumes, all do have the same feel to them as Snyder's Watchmen film.

But that's also because Snyder's film was slavishly faithful to the source material. Watchmen is not a visually dark and gritty comic, even though it introduced the concept of "dark and gritty" to the comic book world. The costumes are bright; the colors are vibrant. The giant one-eyed alien squid Vedit drops on New York City is practically psychedelic. One could argue American Hero Story is merely staying as faithful to the source material as Snyder once did.

But there is one place Snyder veered away from the original comic. Instead of having Veidt drop a giant squid on New York, he opted instead to have the Veidt-engineered crisis be a bunch of nuclear reactors exploding and having world leaders blame Doctor Manhattan.

On the one hand, Snyder's decision to change the ending creates a more realistic way of getting the USSR and the US to come together against a common enemy. No fever-dream like fake alien landing in the middle of midtown necessary, bombs work just fine. Snyder argued he couldn't drop a squid on the city as the movie's climax; viewers wouldn't accept it. It was too silly.

Damon Lindelof already proved Snyder wrong on the latter subject. He dropped a giant squid on New York in Episode 5, when the show flashed back to Wade Tillman's fateful experience in Hoboken. But in Episode 8, he seems to call out Snyder's alternate ending directly.

When Manhattan shows up at Adrian's bunker, it's 2009, the same point in time that Snyder's film came out. Veidt is watching his bank of televisions in horror at something going down in New York City. He's agape: "Reactor meltdown?!... Idiots!"

He turns to Manhattan and starts ranting and raving about these "godforsaken nuclear bombs" being used to power nations when he has shown them a better way. It's like he's watching the ending of 2009's Watchmen, and declaring he would never have done this. There is a far better way.

More like this
Who Will Star In Disney+'s 'Percy Jackson' Series? Casting Is Happening Now
By Dylan Kickham
'The Marvels': Release Date, Cast, Trailer, Plot, & More Info
By Ani Bundel
Will Sharon Carter Be The Villain In 'Captain America 4'? This Theory Makes Sense
By Ani Bundel
Stay up to date