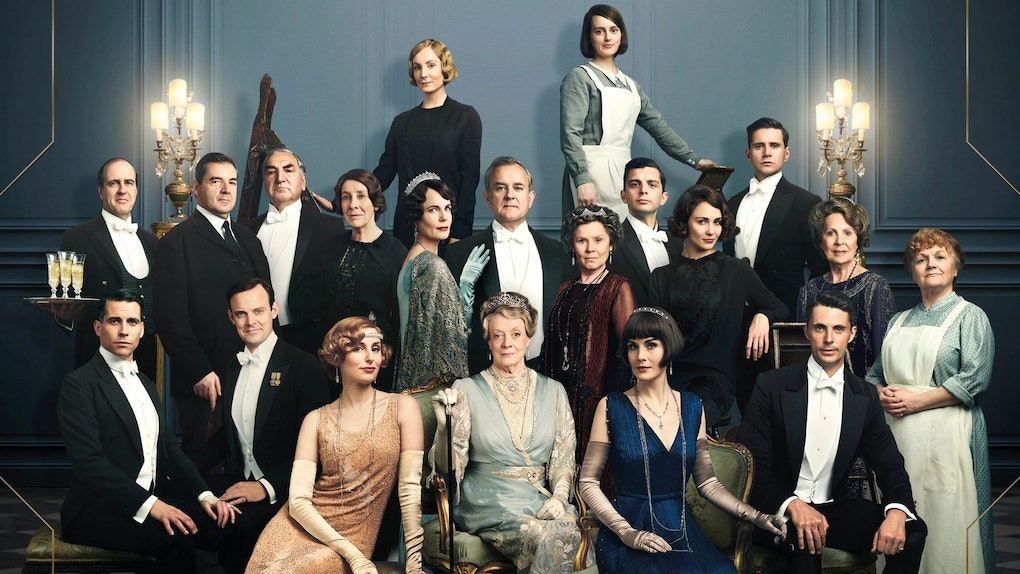 This 'Downton Abbey' Sneak Peek Featurette Will Get You So Excited

When PBS brought a little ITV series over to air on the long-running Masterpiece program, no one knew the overwhelming hit they had on their hands. Downton Abbey began as a one-off miniseries from the writer of Gosford Park. By the time it went off the air in 2016, it was the most popular historical drama public broadcasting had aired in decades. Now the ensemble cast has come back together, one more time, to make a two-hour stand-alone film. This new Downton Abbey sneak peek featurette gives fans a look at the old and the new of the story.

The opening episode of Downton Abbey's first season was set in 1912, with the downing of the Titanic in the Atlantic Ocean. By the time the show ended with the Christmas special that closed out Season 6, it was 1926, and the world had changed in ways that were simply unimaginable. But while fridges replaced iceboxes, and telegrams changed out for telephones, some things stood firm – the old stones of the house owned by the Earl of Grantham, Downton Abbey.

The new film picks up again about a year and a half after the series ended, in the fall of 1927. But this time, instead of bearing witness to the history happening around them, those at Downton will be living it, with a visit from the King and Queen.

In real life, royalty has visited Downton Abbey's Highclere Castle on a somewhat regular basis over the last 50 years, as some of Queen Elizabeth's best horses are stabled there. But in the fictional world of Downton in 1927, a royal visit was a rare thing indeed. King George V and his wife, Mary of Teck, didn't go hopping about the country staying in elite houses that much.

Writer Julian Fellowes said he had to go back through history and find a royal visit the couple did take to base the story on. As he told Vanity Fair, he based it on a visit to Wentworth Woodhouse in Yorkshire in 1912, just before the Great War broke out.

Downton is also in Yorkshire... it seemed to me quite a good parallel, [and something] that the servants and the family would be equally as excited about. In a film, every story has to be resolved within that film, and you want a unifying bond in a film—so it isn’t too scattered in its focus. That’s what the royal visit has provided us—an event that involves everyone in the house. And they all have different responses and different duties, but they’re all in that sense working towards the same end, which is that the visit should be a success. So we feel that being played out.

The Downton Abbey movie arrives in theaters on Friday, Sept. 20, 2019. Tickets are on sale now.