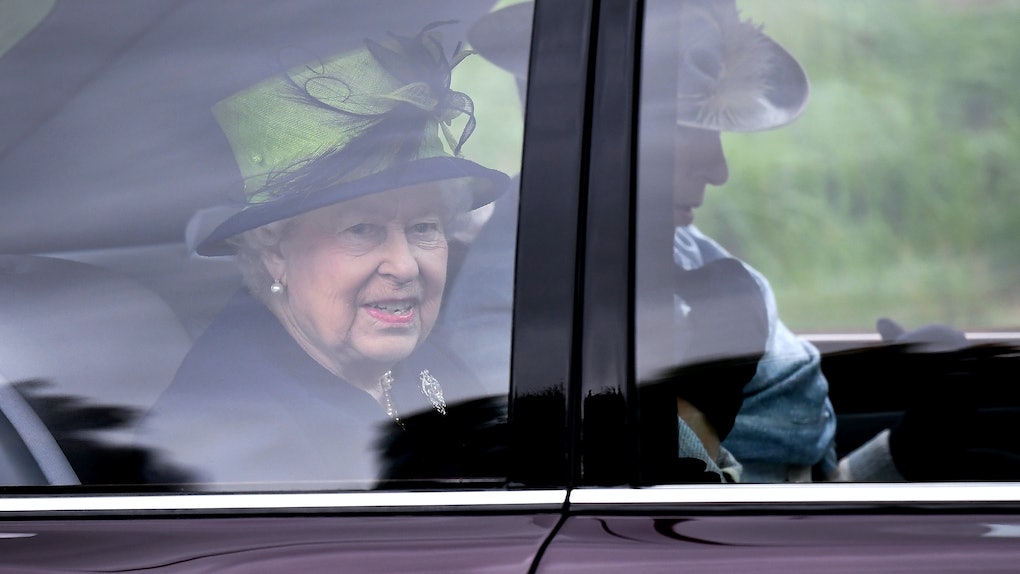 Most TV watchers today think of Highclere Castle as the setting of Downton Abbey, the beloved PBS show which is well on its way to fulfilling the "six seasons and a movie" mantra. But Highclere has a long history behind it, both as the home of the famous Egyptology, the 5th Earl of Carnarvon, as well as the home of the 7th Earl, who spent his life as one of Elizabeth II's best friends. His place in her life means the Queen Of England visits Downton Abbey, or at least she used to, on a semi-regular basis in secret, making it a possible location for The Crown.

The Crown plays down his place in her life, but Henry George Reginald Molyneux Herbert, the 7th Earl of Carnarvon, is regarded as one of Elizabeth's close friends, someone who knew her since childhood before she became a Princess when her Uncle, Edward VIII, abdicated the throne. He supposedly even took her out on dates before she met and married Philip.

During this era, the Earl was styled Lord Porchester, the title he used up until his father passed away in the mid-1980s. Highclere Castle was, and still is, a working farm, one one of the things they raise are horses. Queen Elizabeth is a huge fan of horses and racing, and Porchester found himself a job as her racing manager.

This may not sound like a significant position, but the combination of their long-time friendship and the shared love of racing made Lord Porchester a regular figure in Elizabeth's life. He appears in episodes of The Crown, played by Joseph Kloska, where the Queen refers to him as "Porchie." His first appearance is towards the end of Season 1 in the episode "Assassins," and the Queen is shown to be so close to him she even calls him late at night to discuss racing strategy.

Though The Crown does not actually show Elizabeth turning up at Highclere to inspect the horses stabled there, during the tour, the guides pointed out the horses in the fields and said some of them actually still belong to the Queen today. Apparently, back when Porchie was alive, the Queen was known to take secret visits to the estate to check them out. I'm sure the Granthams wouldn't have minded.

The Crown's inclusion of Lord Porchester revived rumors there might have been something more between them, especially during the periods when Elizabeth's marriage to Philip was on the rocks. (It's not an accident Porchie turns up again in Season 2 when Elizabeth is feeling low about herself and her marriage in comparison to Jackie Kennedy.) But so far, the show has not gone so far as to show Elizabeth turning up at Highclere.

This may be because they're saving it for down the line, but it also might be due to not wanting to confuse audiences by having the Queen suddenly turn up at Downton only to find the Granthams aren't home. Personally, I think if the tour guides are right and Queen really did visit Highclere in real-life Netflix should go ahead a show it. It's a reminder, if nothing else, how small the world of British royalty really is.