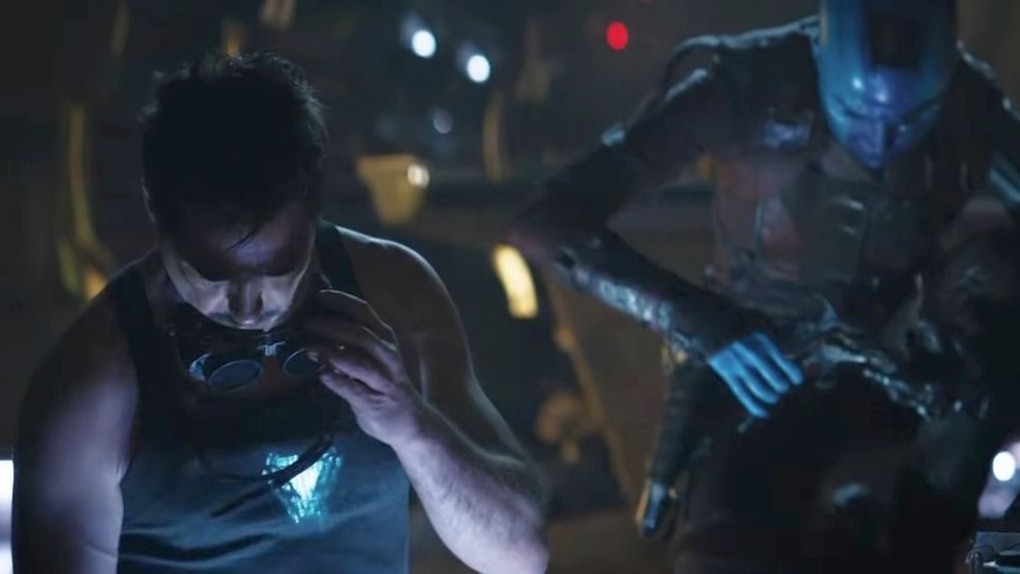 This Detail About Tony & Nebula In The 'Avengers: Endgame' Super Bowl Spot Has Fans Worried

Once upon a time, a long time ago, back when The Avengers were new, Marvel wasn't so concerned about spoilers. But as the series has gone on, the franchise has gone more cagey about allowing fans to know what's coming. From delaying the Spider-Man: Far From Home trailer to putting scenes that don't occur in the movies in the trailers, Marvel has taken to using all the different tactics available to hide details it doesn't want fans to know. But this editing may have affected Tony and Nebula in the Avengers: Endgame Super Bowl spot, as fans are starting to suspect they've been erased from a critical scene.

To be fair, it's a big deal Marvel did a full Super Bowl spot for Avengers: Endgame. Those who watched the big game last year will recall there was an Avengers: Infinity War Super Bowl commercial, but it was literally a rerun of the December trailer with 20 seconds of new footage tacked on the front of it.

The new trailer for Endgame is not like that. This is a brand new trailer, with images of Steve Rogers going to group therapy to try to deal with the loss of his friends. Black Widow got a brand new hairstyle, one suggesting weeks, if not months, have passed since Thanos' snap.

It also shows a shot of Tony Stark and Nebula, still lost out in space, frantically trying to repair the ship to get home.

But Marvel fans are suspicious about Tony and Nebula's only appearance being in space. While nearly everyone assumes Iron Man will find his way home, the trailers have been cagey about his survival. The newest theory is Iron Man should have appeared in the trailer a second time, and maybe Nebula too.

The theory focuses on the final scene at the end of this trailer, the classic "Avengers Assemble" scene, which every Avengers movie has. In the first movie, the Avengers stood in a circle, ready to fight as a team. In the second, it was the team rushing into battle at the beginning of Age of Ultron. In Infinity: War, is was the expanded Avengers, including characters from Black Panther, rushing out of the Wakandan landscape towards Thanos' army.

The new trailer shows the now-decimated team slowly walking out of the Avengers HQ, ready to meet their fate.

But look towards the back of the line. The line up appears to be Captain America, Thor, Black Widow, Rocket Raccoon, Ant-Man, and....then a human-sized space, and War Machine.

So who is supposed to go in this space? This wouldn't be the first time Marvel has edited the Avengers Assemble shot to keep details from getting out. For instance, the Infinity War "Assemble" scene from the trailer was doctored entirely, to hide several plot points.

Fans are convinced it's Tony who is supposed to be in the lineup. Or even better, Tony should be in front of Cap, and Nebula towards the back. Or just maybe, this scene is also doctored heavily, and won't be in the film at all.

Fans will find out when Avengers: Endgame arrives in theaters April 26, 2019.