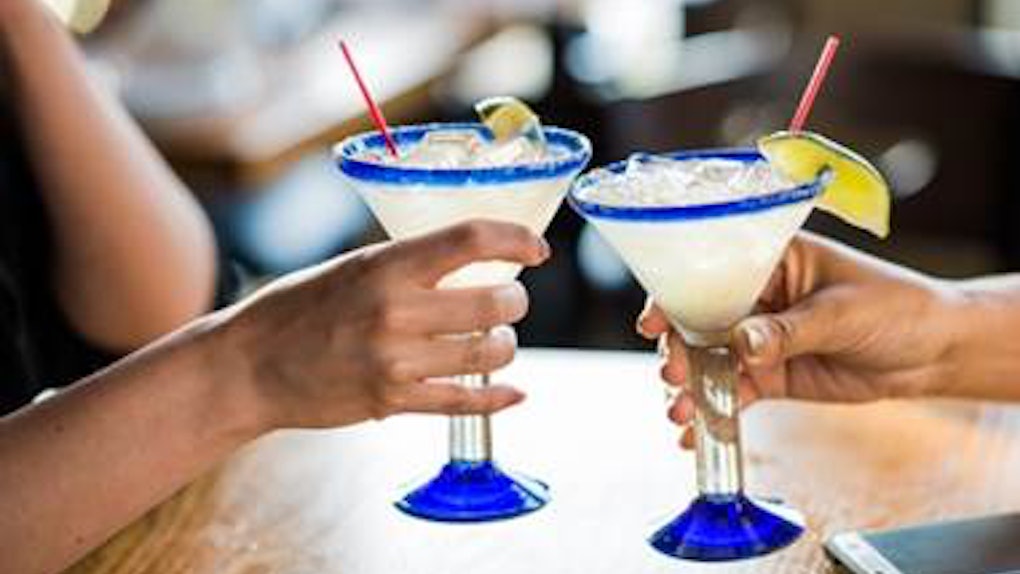 This Chili's March 2019 Birthday Deal For $3.13 Presidente Margaritas Is A Boozy Celebration

It's hard to believe that it's been almost 44 years since the very first Chili's opened its doors and subsequently gifted us mouthwatering favorites like Skillet Queso and their boozy margarita of the month specials. And with the chain's anniversary right around the corner, Chili's is helping you raise a glass to the OG storefront by bringing back one of its best deals on tequila-based libations. You're going to want to grab your crew and head to your closest Chili's restaurant on March 13, because this Chili's March 2019 birthday deal for $3.13 Presidente Margaritas promises to be a boozy party that won't put a dent in your budget.

According to Chili's website, the restaurant chain is giving its customers about a week to count down to getting their fill of $3.13 margaritas, ahead of the deal's launch on Wednesday, March 13, which happens to be Chili's 44th birthday. The festivities will kick off in the morning when the restaurant opens and last until closing time, making it yet another example that Chili's is just getting better with age. On that day, and that day only (at least until next year), thirsty patrons can get their drank on with $3.13 hand-shaken Presidente Margaritas, and it's a happy hour deal that tequila lovers won't be able to resist. If you haven't had Chili's hand-shaken Presidente Margaritas before, you're in for a treat. Normally retailing at $7, the boozy sip is made with Sauza Conmemorativo tequila, Patrón Citrónge orange liqueur, Presidente brandy, and Chili’s own house margarita mix, and it's completely delicious.

'Gramming the experience can come with some serious perks, as customers who tag @Chilis and use the hashtag #ChilisBirthday for their celebratory post will have a chance to win a $313 Chili’s gift card. I did the math, and that's just under 45 Presidente Margaritas, or about 41 cheesy Skillet Queso and Chips, so there's a possibility that you could be eating and drinking at the Tex-Mex chain for free for the next month or so. I'll definitely raise a glass to that.

In addition to bringing back this promo on birthday sips, the restaurant is also helping you get lucky by offering a St. Patrick's-day themed margarita for just $5, which is available all month long. With the holiday just around the corner, Chili's decided to bring back its festive Lucky Jameson Margarita in solidarity with the ~spirit~ of the season. Until the end of the month, this boozy concoction — which features Jameson Irish Whiskey, Lunazul Tequila, a splash of Triple Sec, as well as a fresh sour mix for that margarita flavor — is here to get you festive for only a fiver.

Whether you decide to channel your inner Irish vibes by going for the Lucky Jameson or want keep things classic with the Presidente, that's two delicious options that you can enjoy for $5 or under in March.

Just one word of caution: Even though the prices are unreal on these boozy libations, hangovers are unfortunately still very much a thing —so I'd keep that in mind while you order a few rounds of these festive margaritas with your coworkers and friends.

With two celebratory libations to choose from, the party is definitely at Chili's this month, so I'd clear your schedule on March 13 and plan to spend happy hour at your closest Chili's location.