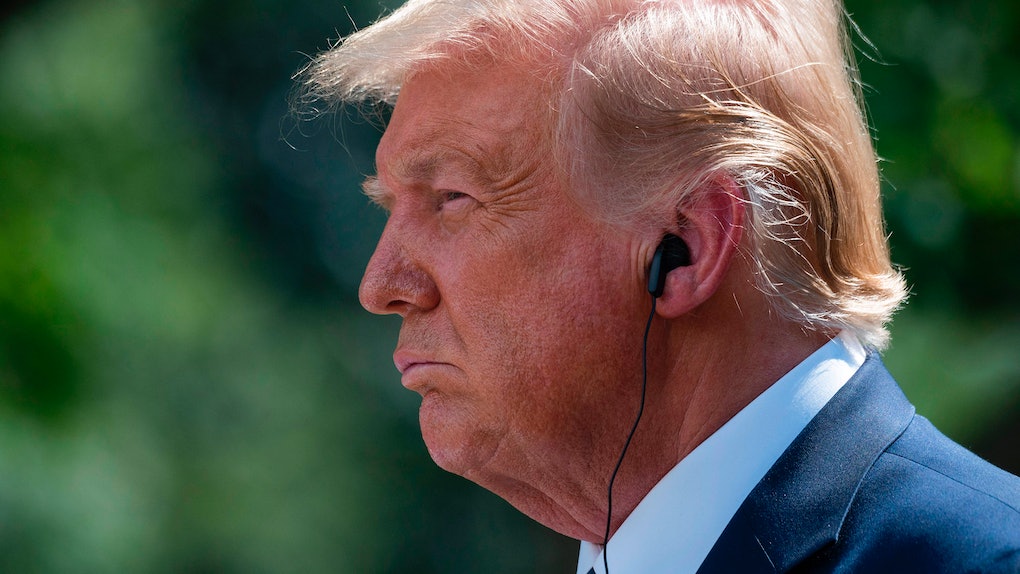 Ever since Donald Trump launched his presidential campaign in 2015, his finances have been under intense scrutiny — and now, the Supreme Court has weighed in. On July 9, the Supreme Court handed down rulings in two cases concerning the president's financial records. In Trump v. Vance and Trump v. Mazars, the country's highest court ruled that New York State prosecutors could access Trump's financial records, but that the president is not obligated to turn his records over to Congress. In light of Trump's defeat in the New York case, these tweets about the Supreme Court rulings on Trump's taxes are full of excitement. Who knows what might be revealed in Trump's financial info?

The Supreme Court ruled 7-2 in both cases pertaining to Trump's taxes, with Justices Clarence Thomas and Samuel Alito dissenting in both cases. Trump's lawyers and the Justice Department argued in these cases that a sitting president is immune from investigation, and that prosecutors needed to prove a significant need to access the president's records, but the Supreme Court shot down these arguments. The court's rulings in these cases handed a victory to the Manhattan district attorney, whose office has been investigating Trump and the Trump Organization's alleged involvement in hush-money payments preceding the 2016 election. The Manhattan DA's office sought eight years of Trump's tax records in connection with this investigation, and the Supreme Court ruled in the Vance case that Trump was not immune to New York state prosecutors' subpoena.

However, the second case was a win for Trump, when the court ruled that the Democrat-controlled House of Representatives couldn't demand the president's financial records, ruling that in this specific case Congress didn't take into account concerns about separation of powers. The court also laid out standards by which to judge the validity of a subpoena against the president. The White House did not immediately respond to a request for comment on the Supreme Court's rulings.

Although the Supreme Court shielded Trump from having to release his financial records to Congress, Twitter users applauded Thursday's rulings with excitement and anticipation. Some Twitter users, for example, expressed interest in Trump's alleged hush-money payments to adult film star Stormy Daniels and model Karen McDougal, both of which the Manhattan DA's office has been investigating. Both women claimed to have had affairs with Trump, which the president has repeatedly denied.

Although the Supreme Court essentially ruled that Trump was not above the law in the New York case, the ruling does not simply hand over Trump's financial information to New York prosecutors. Rather, prosecutors are now able to pursue subpoenas demanding the information, rejecting the president's argument that he had special immunity due to his office. Trump also can still fight the subpoenas in lower courts. It's also unclear if the public will ever be able to see any financial records, as they are intended for a grand jury investigation. If so, the records almost certainly won't be released until after the 2020 presidential election — so it's best not to hold your breath. Despite this mixed ruling, however, many Twitter users remained optimistic, and reiterated that Thursday's ruling was an important defeat for Trump.

Shortly after the Supreme Court handed down its ruling in these two cases, Trump took to Twitter to share his outrage. In a series of tweets, the president repeated his prior unsubstantiated claims that the administration of former President Barack Obama had allegedly spied on him, and claimed that Obama was given a pass by the court. Trump also argued, without any evidence, that the Supreme Court would never have passed down similar rulings concerning another president, and repeated his routine argument that there is a "political witch hunt" against him. Although the Supreme Court has protected Trump's financial records from public scrutiny for now, both Trump v. Vance and Trump v. Mazars are still subject to further review by lower courts, per CNBC.