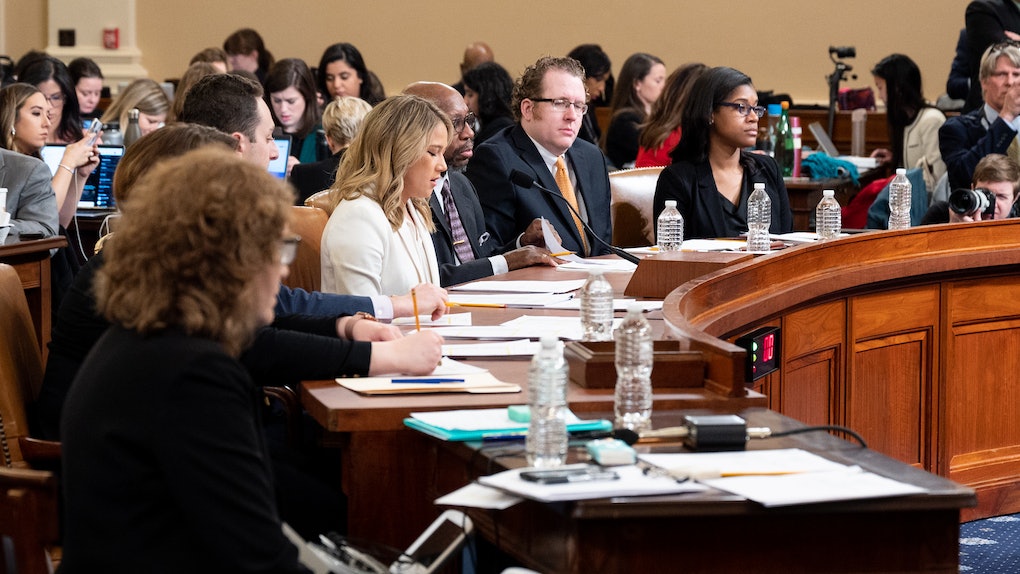 Since House Speaker Nancy Pelosi announced the impeachment inquiry on Sept. 24, House committees have conducted public hearings, collected testimonies, and submitted their findings to the House Judiciary Committee. The committee then used the findings to draw up two articles of impeachment against Trump — abuse of power and obstruction of Congress. The first charge alleged that Trump abused his power by withholding military aid from Ukraine in an attempt to pressure Ukrainian leadership to investigate the family of Vice President Joe Biden, Trump's domestic political rival. The second charge alleged that Trump obstructed the Congressional impeachment inquiry into the situation with Ukraine, by telling key witnesses and agencies not to comply with subpoenas. The White House did not previously respond to Elite Daily's request for comment on the articles of impeachment. The Judiciary Committee publicly released both of these articles of impeachment on Dec. 10, and voted to approve them on Dec. 13. The 23-17 vote fell firmly along party lines.

The vote followed a 14-hour debate on Thursday, which ended with Judiciary Committee Chairman Jerry Nadler postponing the vote until Friday morning, prompting outrage from the committee's Republican minority. Trump insisted on Twitter he had done "NOTHING wrong (a perfect call)," and White House Press Secretary Stephanie Grisham pointed to a U.S.-China trade agreement that was announced the same day as the Judiciary Committee vote as an example of Trump's "real leadership."

The vote is a huge step forward in impeachment. The committee has only recommended three previous presidents — Andrew Johnson, Bill Clinton, and Richard Nixon — for impeachment, making Trump the fourth to earn this incredibly dubious honor. Johnson and Clinton were both impeached by the full House but acquitted by the Senate, while Nixon resigned ahead of a House vote in the face of near-certain impeachment and removal. On social media, people were quick to commemorate Friday morning's historic moment.

Now that the House Judiciary Committee has voted to approve these two articles of impeachment, the next step is a vote before the full House of Representatives. The House is expected to debate the articles before having a final vote on Wednesday, Dec. 18, per The New York Times. If this timeline pans out, the House will be able to vote on Trump's impeachment right before Congressional recess for the end-of-year holidays.

As was the case in the Judiciary Committee, the House is expected to vote along party lines in its full impeachment vote. Impeachment in the House requires a simple majority of 218 votes, and Democrats currently have a majority of 233 members. That means Trump is nearly certain to be impeached. However, the GOP-controlled Senate is already gearing up to defend Trump during his impeachment trial, which is the deciding factor on whether to remove him from office following a potential impeachment. This means Democrats will likely have a much harder time removing him from office than they will with actually impeaching him.