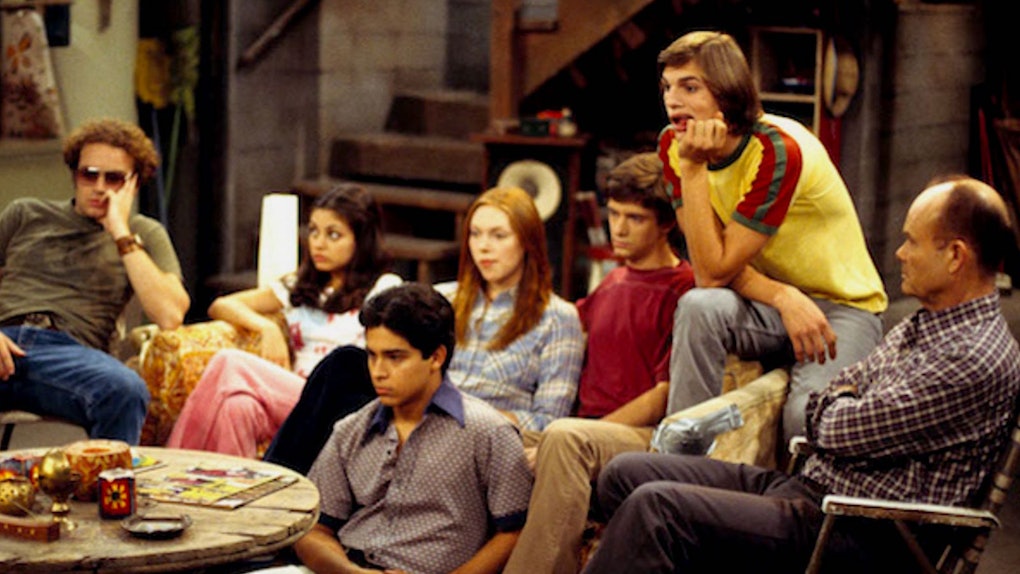 People have been depending on TV and streaming services now more than ever to get them through quarantine as the coronavirus pandemic rages on. TV lovers have not only been catching up on new series, but also revisiting their favorite, beloved sitcoms from years past. That's why these tweets about That '70s Show leaving Netflix show that fans are not cool with the sudden removal.

Much to the dismay of fans, on Monday, Sept. 7, That '70s Show left Netflix because the streaming service had not renewed the sitcom's licensing deals, Newsweek reports. That '70s Show aired on FOX from 1998 to 2006 and starred Mila Kunis as Jackie Burkhart, Ashton Kutcher as Michael Kelso, Laura Prepon as Donna Pinciotti, Danny Masterson as Steven Hyde, Topher Grace as Eric Forman, and Wilmer Valderrama as Fez.

According to Observer, That '70s Show performed especially well for Netflix during the coronavirus pandemic, with the key demographic being largely both men and women ages 2-17 and 18-49. But even that wasn't enough to save the show's spot on the streaming platform, and the outcry of social media users was heard loud and clear as fans of the show expressed their sadness on Twitter on Monday.

One passionate fan even started an online petition to attempt to keep the show on Netflix. In less than a week, nearly 15,000 people had signed the petition.

That '70s Show is the latest fan-favorite sitcom to be kicked off Netflix this year. Friends was already removed from the streamer, and now both The Office and Parks and Recreation will follow suit in coming months. While all of those NBC shows will continue to be available to stream on the network's new streaming platform Peacock, the future for That '70s Show isn't so clear. As of right now, it's anyone's guess whether another streamer will pick up the rights to That '70s Show or if it will remain unavailable to stream online for the foreseeable future.