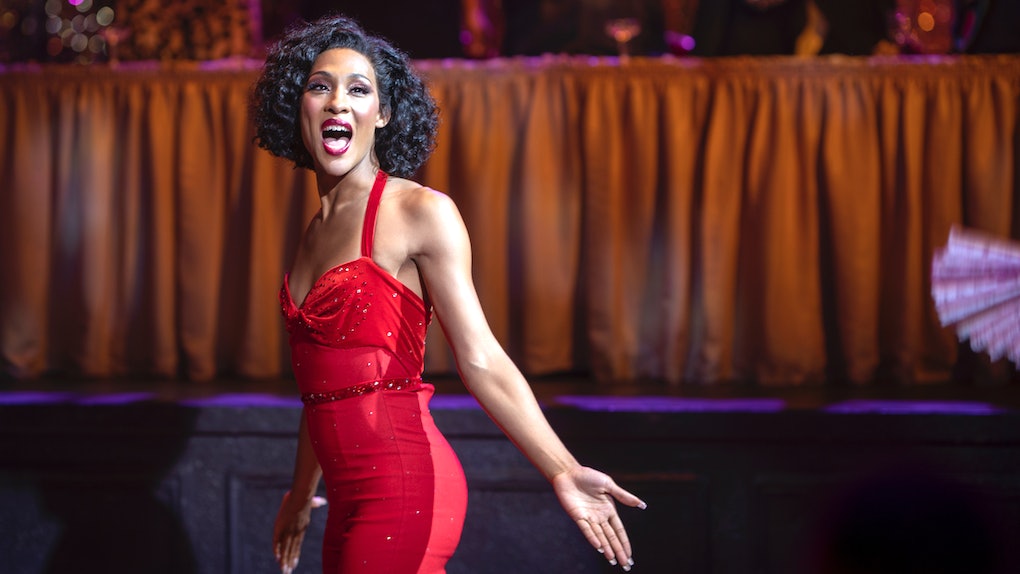 The category is: tragic. FX's groundbreaking series Pose, which follows LGBTQ+ performers in NYC's 1980s ball culture world, is officially wrapping up this year. It's bound to be an tough goodbye for fans, and the tweets about Pose ending with Season 3 show fans are already bracing themselves.

Although Pose was renewed for Season 3 back in 2019, its production was delayed due to the coronavirus pandemic. Now, the beloved show is returning one last time starting on Sunday, May 2. The abbreviated final season will consist of seven episodes, jumping forward into 1994 as the house families contend with their ballroom legacies.

"We got to tell the exact story we wanted, as we wanted to tell it, and I'm incredibly honored and grateful," Pose co-creator Ryan Murphy said in a statement announcing the series' ending on Friday, March 5. He added that Pose was one of "the creative highlights of my career," and that the show will "go down in history for having the largest LGBTQ cast of all time."

There's no denying Pose will be remembered as a landmark moment for LGBTQ+ representation on TV. Pose made history by assembling the largest-ever cast of transgender actors (many of whom are also people of color) in series-regular roles. The show itself captured the joy, pain, and humanity of NYC's LGBTQ+ community in the late 20th century. It's certainly made a huge impact on viewers, making the challenge of saying goodbye to Pose even harder.

Originally, Pose co-creator Steve Canals envisioned the show as having five seasons total, but that was always subject to change. "It could be more or less, [than five seasons]" Canals told The Hollywood Reporter in August 2019. "What's really important for all of us is that we felt we told the story that we intended to tell. Once we've hit that point, we'll know that it's time to end it."

Apparently, that time has arrived, and while it may be sooner than many fans imagined, here's hoping Season 3 is a ball to remember.