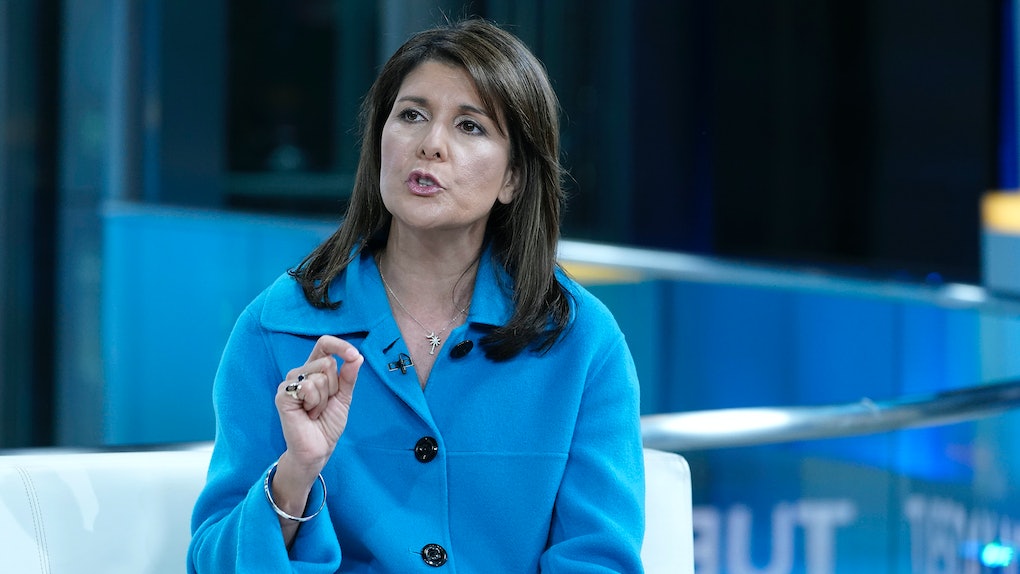 In an interview with conservative radio host Glenn Beck released on Thursday, Dec. 5, Haley suggested the meaning of the flag had been "hijacked" following the shooting at Emanuel A.M.E. Church in Charleston, South Carolina. She recalled the days leading up to her decision to call for the Confederate flag's removal from the statehouse. “Here is this guy that comes out with this manifesto, holding the Confederate flag,” she told Beck. “And had just hijacked everything that people thought of — we don’t have hateful people in South Carolina. It's a small minority; it’s always going to be there.”

Haley went on to argue that many South Carolinians previously regarded the Confederate flag "as service, and sacrifice, and heritage" until the white shooter at the Emanuel A.M.E. Church, who has since confessed and been convicted on 33 federal counts in the shooting, used it as a symbol of racism and hatred. “But once he did that, there was no way to overcome it," Haley said. "And the national media came in droves — they wanted to define what happened. They wanted it to make this about racism. They wanted to make it about gun control. They wanted to make it about the death penalty.” Elite Daily reached out to representatives of Haley for comment on her remarks, but did not immediately hear back.

Twitter users were quick to point out that Haley's comments appeared to differ from what she said back in 2015. Shortly after the flag was removed from the statehouse that year, Haley told CNN's Don Lemon that the flag "should have never been there" in the first place.

"These grounds are a place that everybody should feel a part of," Haley said at the time. "What I realized now more than ever is people were driving by and felt hurt and pain. No one should feel pain."

Haley's comments to Beck this week therefore earned swift backlash, from people who reminded her that the Confederate flag has always represented racism, slavery, and oppression. Representatives for Haley did not immediately return Elite Daily's request for comment on the backlash, although Haley tweeted later on Dec. 6 that she "[stood] by" her remarks in 2015.

Bree Newsome Bass, an activist who scaled the South Carolina statehouse flagpole back in 2015 to remove that Confederate flag, criticized Haley for her words and previous actions.

Haley later took to Twitter to defend herself by referring people to her original 2015 comments on the removal of the flag:

Although Haley wrote that she still stood by her 2015 comments about the flag being a symbol of hate for many, her remarks on Beck's podcast this week made many of her critics doubt her sincerity — and question her motives as the 2020 presidential election approaches.