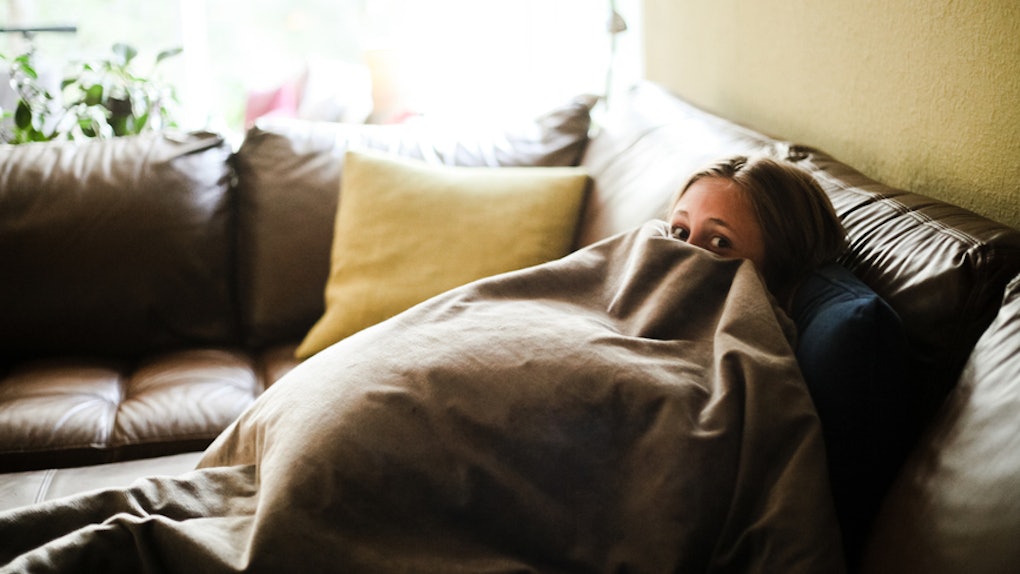 When you were younger, it always seemed like such a treat when your parents would approve of a movie day (or night). You could pick out your favorite flicks or get adventurous with a new film, but you had to be careful if you were venturing into unexplored movie territory. Sometimes a picture didn't play quite like it was advertised, which led to some scary moments that may have scarred young-you for life. You're not alone, though. Just take a look at these tweets about movies that scared people as kids, and you'll realize that movie-induced childhood trauma is an equal opportunity offender.

If you thought that you were finally over that flying monkey scene in The Wizard of Oz, then you have Eric Alper to (partially) thank for bringing it to your attention once again. Alper posed the question, "What movie traumatized you as a kid?" in a tweet sent out on Monday, Jan. 15. Currently, the tweet has nearly 3,000 responses, so it's safe to say that people have quite a few feelings on the matter.

The kicker is that a lot of these films were targeted toward child audiences, so even if you made a concerted effort to stay away from traditional horror films, like A Nightmare on Elm Street, there was still a chance you could be spooked — not cool.

It all started with one simple question.

People immediately began responding with films that kept them tossing and turning in their twin-sized beds night after night.

The Wizard of Oz was a repeat offender.

There was video evidence provided.

"My uncle turned off all the lights, turned down the sound and played his damned pipe organ through the flying monkey attacks..."

I'm putting some of that trauma on the uncle — dang!

That guy is terrifying, TBH.

Fantasia did have a bit of darker tone for a Disney cartoon.

The emojis in this response really tell the story.

"Sorry for re-traumatizing everyone."

E.T. The Extra-Terrestrial is about an alien, so it's bound to be creepy, right?

Willy Wonka & the Chocolate Factory was like all the creepiness of the '70s in one movie.

Oompa Loompas were practically made for nightmares.

It's a bit ironic that Sleeping Beauty would make you never want to sleep again.

"This chick Maleficent and her bird had me afraid of birds and the color green for years!!!"

It also ruined birds and the color green, apparently.

The '70s strike again with Invasion of the Body Snatchers.

That scene is enough to make you never want to watch any movie ever again.

The NeverEnding Story was about a fantasy land, but easily ventured into nightmare territory.

Bambi brings the childhood trauma on a deep AF level.

"The death of Bambi's mother was devastating."

While this is just a sampling of the responses Alper received, it's clear to see that you're not alone if you're still recovering from the sight of a green-haired Oompa Loompa or dancing cartoon elephants.

Some of the other films that left their mark (and left the viewer sleepless) included Jaws, Salem's Lot, and Poltergeist. While these films were intended to scare the audience, they did their job so well that people can't even forget them today — especially as they try to catch some sleep.

Now that you're an adult with a Netflix password (and you can watch any movie you want), you might want to make sure that your next movie night doesn't include a title that will have you running for your nightlight.